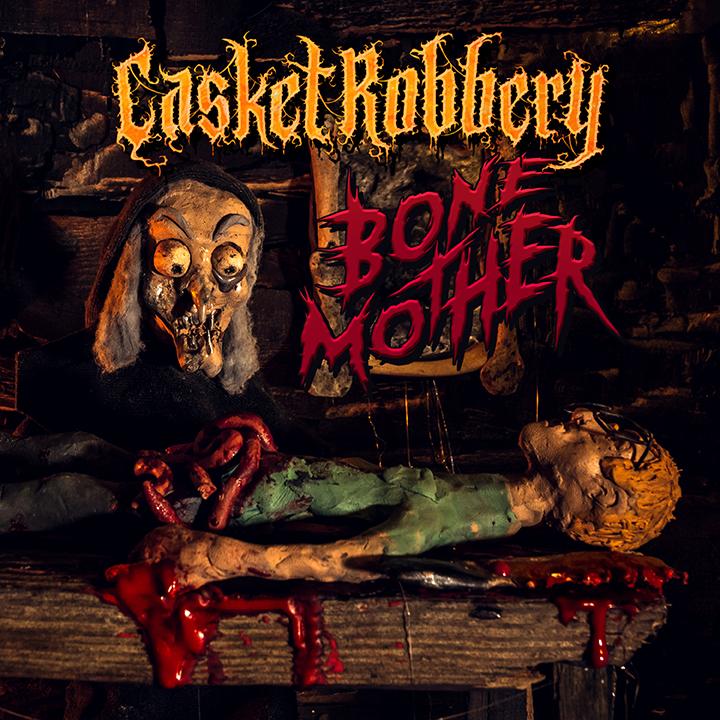 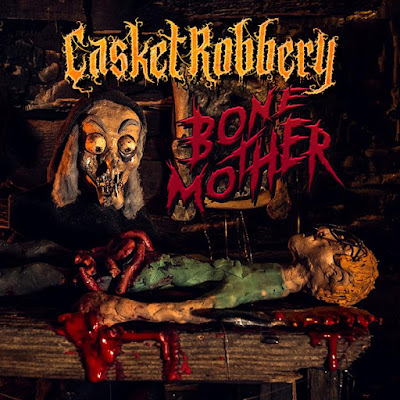 Midwest Death Machine CASKET ROBBERY have officially released their newest single, "Bone Mother.” The song is now available on Spotify and all other streaming platforms.

CASKET ROBBERY recently released a video for "Bone Mother." HorrorPatch.com called the video "a claymation masterpiece of darkness and horror that you're going to want to check out."

Watch the video at https://youtu.be/R0xwGlQYyVAcosts.

The video was directed and created by Shayne Minott of Budget Blood Productions. “Bone Mother” was produced and engineered by Troy Powell at Unintended Studios, and mixed and mastered by Christian Donaldson.

Emerging from the darkest and most desolate areas of the Midwest, CASKET ROBBERY creates its own signature style of death metal by infusing horror and occult themes. Their trademark huge riffs and unstoppable grooves create the unrelenting, brutally catchy, and eerie sound that only CASKET ROBBERY is known for. Death metal with a wink.

CASKET ROBBERY’s intense, high energy shows have quickly surfaced a die hard following. They continue to show a relentless work ethic and dedication to their fanbase. After the release of their debut album CASKET ROBBERY has toured the United States continually, hitting large festivals like Full Terror Assault and Milwaukee Summerfest. CASKET ROBBERY has shared the stage with Cannibal Corpse, Jungle Rot, Psycroptic, Immolation and more.

Your unrelenting nightmare has just begun.