A Ripple Conversation With Borderline Toxic 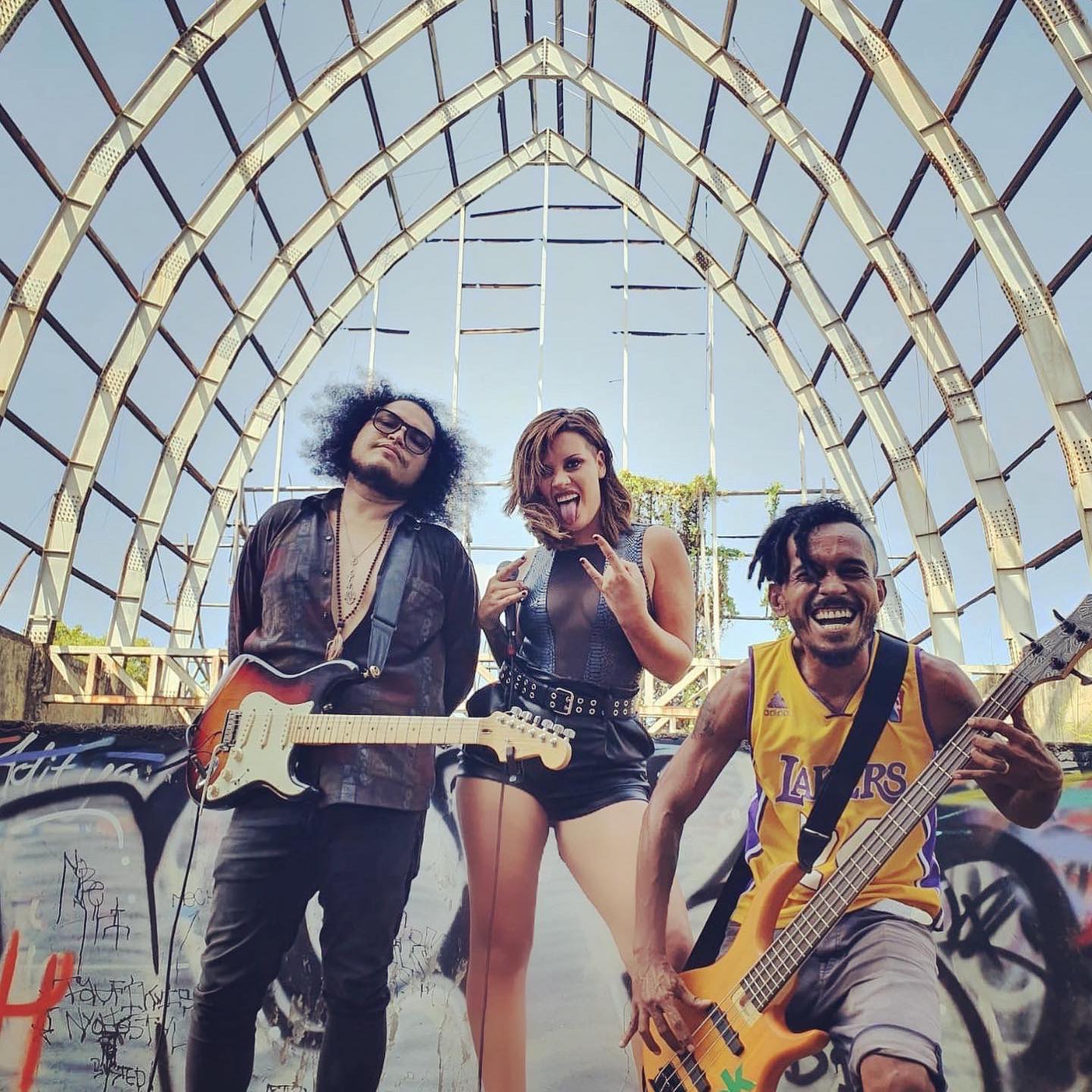 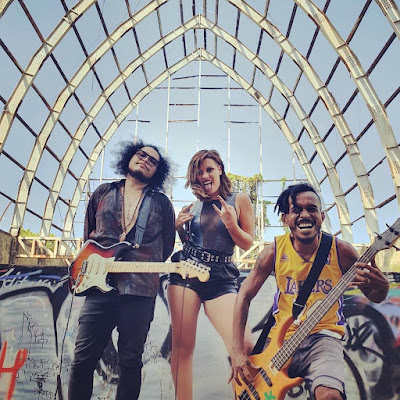 Kerry - For me it was the end scene in Fight Club when all the buildings started crashing down and The Pixies - Where is My Mind starts playing. It was such a contrast musically to what was going on visually and that stuck with me. I was only young at the time, maybe 11 - but that was my intro to grunge music. I became quite obsessed with most rock genres from there on in and proceeded to replace the boyband posters on my wall with weird looking dudes wearing eyeliner.

Henrik - I had an epiphany when we were separated in two different countries during COVID times and was forced to work online. Not just with the music, but video making as well. Always been skeptical about working like that, but I have to say we made it work, we nailed it and it can be done.

Talk to us about the song-writing process for you. What comes first, the idea? A riff?, The lyrics? How does it all fall into place?

In this project the music has always come first and it works really well for us. Next is getting the melody right, the melodic hook is key. Lyrics always come last.

Kerry - Once we have the music and the melody the theme then develops. Lyrics come quite easily but I like to sit with the theme of it for a bit… We want the music to have meaning. Sometimes it comes in a matter of days, other times we need to let it rest… then next thing you know you’re awake at 4am as it just comes to you at once. I usually write lyrics best when I’m out walking around aimlessly.

Henrik - It's different every time, but lately we have started a song idea with a guitar riff and groove. Usually we have some chords for a chorus, as well for Kerry to write melodies on top or to see what she comes up with. It's a starting point to get things going and then we do all the adjustments of chords, structure and stuff. Depends on what the vocal line does. So we bounce of each other.

There's too many to pick one. We have our "influence playlist" and there are so many kick ass artists that inspire us everyday it is hard to keep one. If we had to pick three each then...

Quentin - It's important to listen to a lot of stuff, sometimes different styles of music so you can actually take an idea in a different style and twist it in your music and it becomes very original. Now that London has opened back up we are out at a lot of gigs so we can always discover new stuff.

Henrik - The only good thing about Spotify is the list of song recommendations. I try and listen to all kinds of music.

We're from all over! Kerry is Scottish, Henrik is Norwegian and Quentin is Belgian.

There's a running joke that when we have finished recording etc it's sent back to Henrik to produce and add the viking touch... basically make it heavy as f**k! 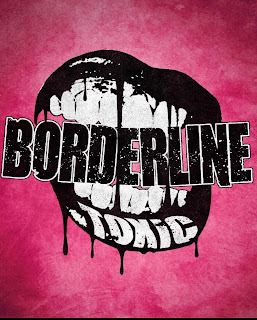 Kerry - This one was my fault... me and my partner Pete spent 6 months of the pandemic in Bali and... the thing is... when you put two bat shit crazy northerners in the sun for long periods of time with espresso martinis on tap then sh*t can get a bit mental. Anyway we were in the pub one day and our friend was talking to us about events that happened the night before (which we can't quite remember)... she sat us down as if to deliver some well needed relationship therapy and hit out with "See, the thing is guys... you're not a toxic couple... but your borderline toxic...." we didn't even give her a chance to finish what she was saying, we just looked at each other and went BAND NAME... and then carried on drinking more espresso martinis. So here we are...Borderline Toxic. I think it's fairly relatable to anything that's fun.

You now write for a music publication (The Ripple Effect).You're going to write a 1,000 word essay on one song. Which would it be and why?

Jesus, ehhhh. Kerry - For me it would be Talking Heads - Moon Rocks simply because I'm obsessed with David Byrne and look for any excuse to talk about him.

We still need to get on stage together!! Lockdown band haha! It's pending but I have no doubt it will be a shitshow... in a good way obvs.

It's coming... with the personalities in this band it's going to be terrifying... again, in a good way haha!

Quentin - Audioslave - Album "Audioslave" 2002 I think. It's an amazing album and defo one of my favourite bands. Everything is in there, the groove, the perfect rock vocals, the fatness... such a trip.

Mr Obsanity, our upcoming release. The riff hits right in the gut straight away and the message isn't subtle. It's one of these songs that you listen to and then you are like "yep, they said it".

Quentin - There are many on the list, it is hard to say just one. So many bands are kickass these days. I think especially after lockdown when a lot of musicians and artists turned to mixing, producing, writing, you can learn everything very quickly with the internet and you can make kick ass music in a bedroom if you have the right skills and a minimum of equipment. Check Bring Me The Horizon, they made their new single, don't remember which one, in a living room.

Kerry - I'm going to have to second Henrik on this one. C'mon the Biff! 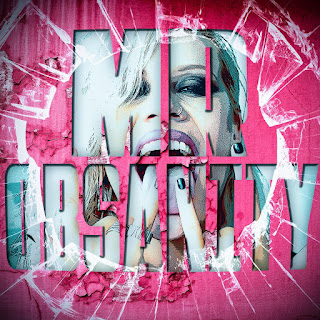 Henrik - I prefer buying CDs. There is something about having the physical and I feel you listen more to the band when put on a CD. You don't get distracted by suddenly jumping over to a different band. Also you get to read all the credits really easily, rather than having to look for it online. I also prefer listening through good speakers.

The same goes for vinyl, but I'm more on CDs.

Quentin - All. Vinyl because you know.. that crackling. CD because it's always great to have a physical copy of the music of your favourite band. Digital is great so you don't have to carry the CD lol. But always buy the music of an artist you like.

Kerry - I live in a shoebox in London. The only space I have for Vinyls are on my wall... so I did just that and decorated my wall with wicked albums haha. But yeah, CDs for in the car and digital for around the house/flat/shoebox.

Whiskey or beer? And defend your choice.

Quentin - A Scottish, Norwegian and a belgian....so…Whiskey in a beer right?

Henrik - Beer. Because im a pro at that drink. I drink fast so that would not go well with Whiskey.

Kerry - Pint of Stella because whisky is rank!!

In and around London - FOPP and All Ages Record.

Henrik - What's a record store?? Do they still exist?

Start to play live, we got a bunch of songs that people need to hear and of course writing more but I think we really need to get out there and say what we need to say.

We are constantly writing and will continue releasing singles. Now that things are slowly opening up, we will hit the road.