A Fistful Of Questions With Megan Orvold From Casket Robbery 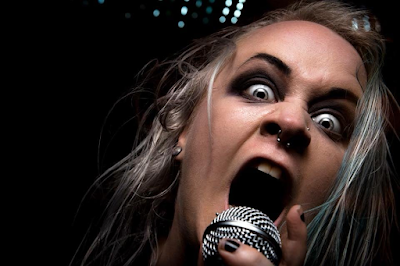 The Grave Witch, Queen of the underworld...you know...the usual

The violin in 4th grade

I remember practicing singing in church when I was very, very little...like 5.

Tell me about the genesis of Casket Robbery.

Casket Robbery started with our guitarist Cory and the band has since then solidified its lineup to its current form.  The band started as a recording project but quickly was asked to play shows after releasing music and has grown since then.  We have toured across the country with many awesome bands, played some kick ass national festivals and played along with many national acts. We’re growing and having fun touring and playing for as many people as we possibly can!

What inspired the name Casket Robbery?

It was in a list of band name suggestions and that one fit perfectly and stuck!

Your new single Bone Mother will be releasing on Nov. 19th, correct?

Yes! We are so EXCITED.  We’ll also be premiering the Bone Mother video a little early, on the 17th.  You don’t want to miss it, it’s incredible!

What was the inspiration behind the single?

I really love old folklore and the old fairy tales. I take inspiration from a lot of that stuff. So this one was a mix of the old Baba Yaga folklore, thrown in with some Hansel and Gretel stuff. 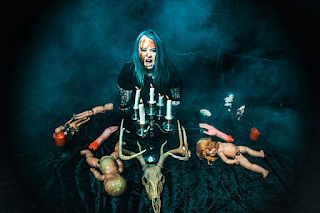 When should we expect to see an EP or full-length release?

We have a full-length album completely done, just figuring out the best way to release it. It's important to us to be able to tour off of it so we’ve been patiently (or...impatiently...lol) waiting until we’re able to do so with the crazy last 2 years.

That's an interesting question, I love the idea of it, but in practice it would alter the reason I love the band so much in the first place. But right now I am a big fan of SpiritBox and Oceans Of Slumber, so probably those two. I honestly just really love singing all of the vocals, so it's purely selfish on my part, haha.

I feel that way a lot with SpiritBox. I connect so well to the lyrics that they always seem to resonate pretty deeply.

I like taking inspiration from lots of music. While most of it comes from different genres of metal, there are a few that I like outside of that. Amy Winehouse, Paramore, to name a few.

Take Me To Church

Cannibal Corpse is always always impressive! We played with them a few years back in Madison.

So many favorites! Locally SV2, The Majestic, The Crucible, High Noon Saloon. Dirty Dog in Austin(RIP :()

I do...I do all of my vocal warm-ups, typically I listen to a (secret) song in my headphones that gets me amped up, and usually a shot of whiskey.

Meeting all of our fans, making new ones, and seeing new places all the time. It's my favorite.

Sleeping in the van if I don't get the comfy spot lol. 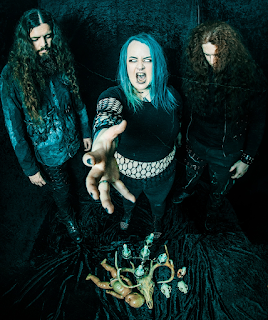 Oh goodness, weirdest? There are so many.  Ummmm… We played a show at a coffee shop one night that had like...an open mic poetry slam before our show started...it was a strange, but kinda cool way to open up the night.

I am in college and I am listening to The Dear Hunter...like...obsessed with them.

Be authentic. Invest in yourselves. Love what you're creating. Know when to listen.

Ego and lack of communication.

There are definitely songs that haven't been my favorite but were the other guys, and vice-versa.

Do sink-baths on tour count? Lol.  Only a few days on tour otherwise. 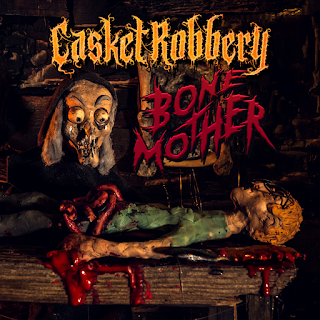 I am a Death Doula.

(If you, like I, are wondering what a death doula is.. Well per Google.. A nonmedical professional trained to care for a terminally ill person's physical, emotional and spiritual needs during the death process.)

No they do not.

What is your favorite song by Avril Lavigne?

The Black Dahlia Murder or The Dillinger Escape Plan (if you had to choose)?

In Death...which I have to be careful where I wear it haha.

And My Cannibal Corpse long sleeve. 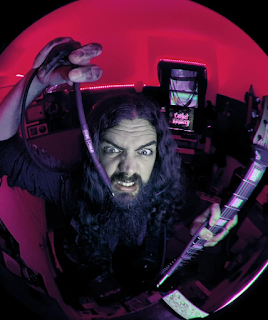 The Alchemist or The Velveteen Rabbit

It changes so very often to be completely honest.

Many, many thanks to Megan for taking the time to answer my questions.  I appreciate it.  If you have not yet wrapped your ears around the ferocity that is Casket Robbery then you absolutely must do so.  Do not delay!