A Fistful Of Questions With Mark Sugar Of Black Sites 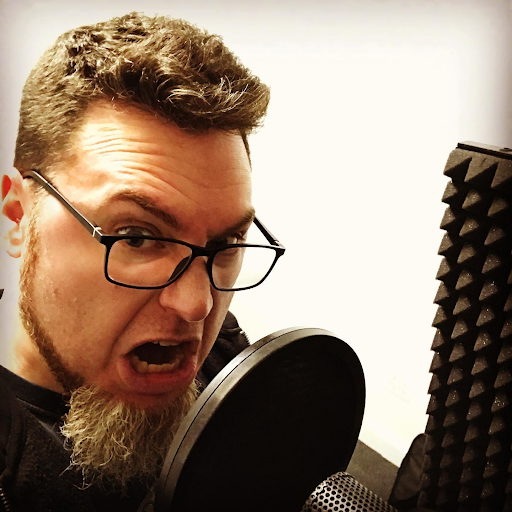 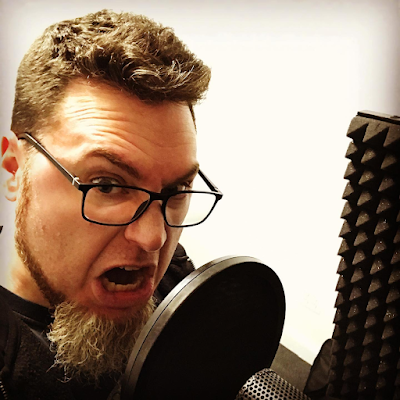 I was credited as “Crossbow Death” in my other band Bear Mace for a while, although we’re all using our real names in that band now.

I was somewhat involved in piano lessons as a kid. The first instrument I actively pursued was guitar.

I remember chasing my kid brother around our kitchen while my mom played piano. I was probably 4 or 5 years old. We basically started a small circle pit without realizing it.

We were called “Typhus.” I think every city has at least 3 or 4 bands called Typhus. The “S” in our logo was a snake, for no real reason except that it looked cool. The band itself was terrible, haha.

Tell me about the genesis of Black Sites.

Back in 2016, my previous band had split up, and I found my musical interests shifting a little. I wanted to do something a little more progressive and song-based, while also bringing in some influence from bands I loved growing up, and modernizing it somewhat. Soon enough, I had a pile of songs and was recording them with our original drummer Chris Avgerin. 6 years and several lineup changes later, here we are.

What inspired the name Black Sites?

Around the time we formed (mid-2010s), the term “black site” was in the news a lot, usually to describe secret prisons used for wars in the Middle East. It was later revealed that the police in our hometown of Chicago had their own black sites, which they were using to detain and torture citizens without due process. I found all of this disgusting on a visceral level. Even before we were a “real band,” I had gravitated towards Black Sites as a good name for this project.

How long did it take you to write and record Untrue?

I’m not sure how long the writing took, or when it even began. We started writing almost immediately after our last album “Exile” came out, and a few of the ideas are from even further back than that. But the recording itself took place between November 2020 and about April 2021.

I have a recurring dream/nightmare of co-writing and producing the next Metallica album, hahaha.

There’s tons of songs I wish I’d written, but the first one that comes to mind is “I Will Kill You/You Will Die” by Slough Feg. 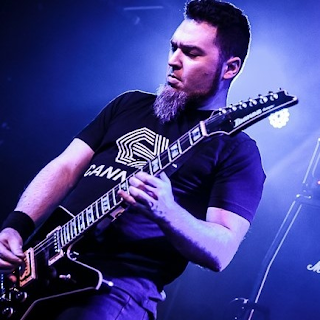 I probably have more non-metal inspirations than metal ones these days, to be honest. Creedence Clearwater Revival, Pink Floyd, Depeche Mode, and George Carlin are just a handful of them.

I wanted to do Fleetwood Mac’s “Sisters Of The Moon,” but Trial covered it first and did an awesome job with it.

Black Sites has only performed live a handful of times, but on one occasion we opened for the legendary King’s X. I’ve been a fan for many years, but I was still impressed by the sheer girth of their live sound, as well as their connection with the audience. They had no fancy lighting or gimmicks on stage -- just good musicians playing good songs.

No, but there’s a whole bunch of places tied for “least favorite.”

Yes, it involves carrying drums and amplifiers into the venue.

Honestly, I’ve never been much of a touring guy, and my current bands have not spent extensive amounts of time on the road. I do enjoy seeing new places, and I’m always very appreciative of anyone who comes out to see us play.

Being away from my family is pretty hard. Also, Europeans put mayonnaise on everything and it freaks me out.

I’m down to play anywhere, as long as there are people there who want to hear it.

Since we’re based in the Midwest, most of the really bizarre shit has happened to us in the Midwest. My former band played a “festival” near the Indiana/Kentucky border that did not go well, and the promoter offered up his girlfriend for sexual favors instead of paying the band. (For the record, we turned down this generous offer). On the way back from that show, we accidentally smashed the van into a turkey and killed it. Blood and feathers everywhere. Good times!

Ihsahn’s “The Adversary,” Gojira’s “From Mars To Sirius,” Celtic Frost’s “Monotheist” and Sepultura’s “Dante XXI” were in heavy rotation that year. I still like all those albums too. 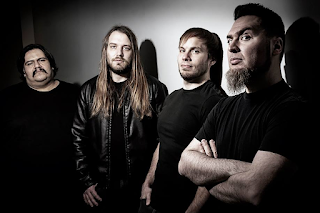 Figure out what makes your playing and writing unique, and focus on those things like a goddamn laser. Meshuggah, Tool and Dream Theater already exist, and the world doesn’t need any more bands that sound like them. The things you might consider “mistakes” are what sets you apart.

I don’t think there are any absolutes there. Most of my previous bands ended because of drug use, musical differences, apathy, or people just being gigantic assholes. However, there are many bands who have all those qualities and still do just fine.

It’d be called “Mark Of The Beast Fest.” Headliners would be Voivod, Hammers Of Misfortune, and Failure, not necessarily in that order.

Unicorns don’t sleep at all, because they are magical and therefore not bound by the needs of physical beings. True story.

“Death Wish 3.” Then I can tell people that my book got turned into a movie. 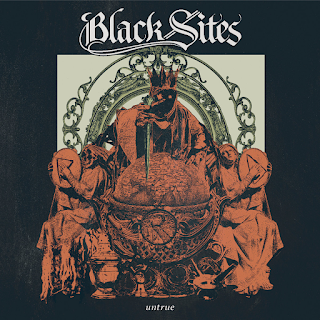 What is your favorite song by Wilco?

I am not a fan of Wilco at all, haha. No offense to them if they are reading this, I’m sure they’re nice people.

The Dillinger Escape Plan or The Black Dahlia Murder (if you had to choose)?

I haven’t smoked weed in many years, so I guess boobies win by default. Yay!

Waffles, even though they are just deformed pancakes.

I’ve honestly never seen more than a few minutes of either, and I don’t feel like I’m missing out on much.

When done correctly, Cuban or Puerto Rican food is amazing.

I don’t know if it’s my favorite, but I re-read “Choosing Death” about once a year and always enjoy it.

I don’t believe in having a single favorite album. But “Sabbath Bloody Sabbath,” “Killing Technology,” “The Locust Years,” “Draconian Times,” and “Symbolic” all fit the bill, depending on my mood.

Massive thanks to Mark for answering my questions and for a very entertaining interview.  I laughed out loud several times and I’m dying to know if that promoter's girlfriend had all of her teeth!?  Please.  Please.  Please.  Click on over and check out Black Sites’ latest release Untrue and throw them some financial support!