A Fistful of Questions With Jeff Perry Of Illyrian 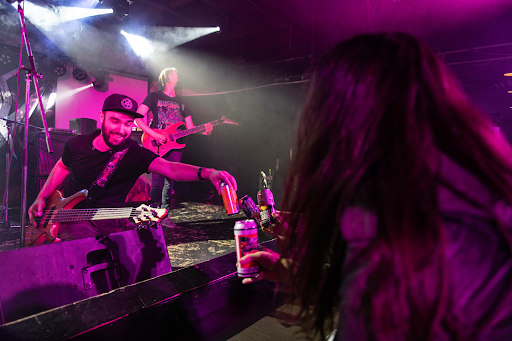 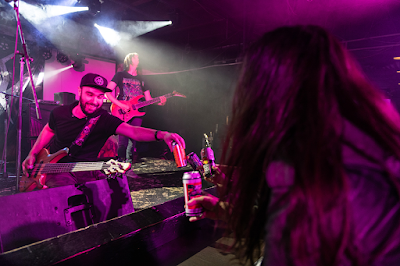 I get called Jerry a lot in emails… but beyond that, no.

Illyrian is currently my only project.

I started on piano as a very young boy, and took up the guitar in middle school. I only started playing bass guitar when I joined Illyrian around 7ish years ago.

My very first band consisted of myself, my brother, and my best friend. We performed Iron Maiden’s “The Trooper” at our school’s talent show. I don’t think it was very good at all haha.

I don’t think that band had a name! But the first one I started regularly performing with, and put out music under, was a band named Lucidium.

Tell me about the genesis of Illyrian.

We all met each other through our local scene, and for most of us this was our third or fourth band so we knew the drill and had done at least some of the grind. We formed with the mission statement of wanting to have very energetic and fun live shows, and not take ourselves too seriously (at least in the lyrical sense).

What inspired the name Illyrian?

It’s actually from Buffy the Vampire Slayer! Or rather the spin-off show, Angel. There’s this character that shows up in the show named Illyria who is this bringer of the end-times, and we liked how the name sounded. It also was a nice reflection of our nerdy roots, and the kind of thing we like to write music about.

How long did it take you to write and record Aegis?

Aegis took us about 14 months start to finish, I’d say. We have no doubt it would have been a much quicker process without Covid in the picture, but we couldn’t see each other for a good 10 months and a lot of this EP was written in isolation from each other. It was a learning process, and it wasn’t our usual one at all!

Nekrogoblikon would probably be a blast to play in. Or be John Goblikon himself. What a job. 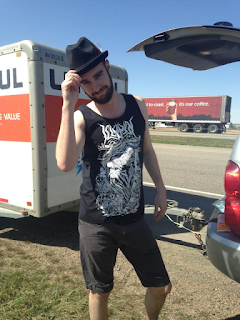 Could you imagine if you wrote “Happy Birthday?” You’d never have to work another day in your life, and live off that sweet, sweet cake money until you’re gone.

Many! But I think the most pertinent one to what I do at the moment would be Jesse F. Keeler of Death from Above 1979. Dude knows how to make that bass make some crazy noises, and I just really dig his riff writing.

You Spin Me Round (Like A Record) by Dead or Alive. Seriously, the windmill potential…

We’ve had the great opportunity to play with PowerGlove a few times, and holy shit is their laser game ever cool.

I’ll always have a soft spot for our local haunt, Dickens, in our hometown of Calgary, Alberta, Canada. It’s home-ice for us.

Throwing up haha. I’m fine once we start playing, but I always get pre-show nerves no matter what. I know better than to have a big dinner on show nights - that’s a post-show thing these days.

Touring Canada, you spend a LOT of time on the road, and I always enjoy the road tripping aspect of it. You can chew through books or video games real easily, and it's such a beautiful country to see the sights in too.

The last week of it when you know you’re on homestretch, but still have to push through it. Usually by then you’ve gone through a lot and you’re tired and a little homesick, so those last few shows are always kinda bittersweet for me. Sharing a bathroom with 3-4 other people ain’t great either.

I love playing Vancouver, so many talented bands and musicians there!

We nearly ran out of gas in the middle of nowhere at the height of winter, and had to leave our trailer (and 2 of our members) so we could make it to the nearest gas station. While we were gone, police got called to where our trailer was, and it was all a bit of a situation… everyone came out in one piece though, and we made it to a gas station and back! 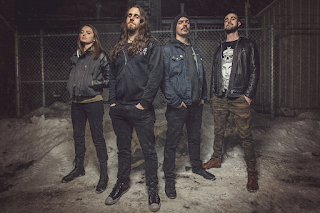 Stay for the other bands when you play a show! You can’t stop your friends from leaving, but it goes a long way supporting your local scene by sticking around. People remember that.

This one came out of nowhere... I was once in the hospital for 4 days, so probably then?

I am actually 4 racoons in a trenchcoat.

What is your favorite song by deadmou5?

Hypnocurrency, which he recently put out with labelmate Rezz, is pretty solid. I love Rezz though, and have watched her ascend to super stardom, so I’m biased. Also it’s spelled deadmau5 :) (Damn it!!!  How’d I get that wrong?  Lol)

Death or Obituary (if you had to choose)?

Is cheesecake a meal

Scott Pilgrim vs. The World

Mucho thanks to Jerry...err.. umm.. I mean Jeff for taking the time to answer my questions.  I appreciate it.  I also appreciate the iPod shuffle in high school reference.  When I was just entering high school I had a Walkman cassette player.  Be sure to check out Illyrians latest EP Aegis.  That bad boy kicks much ass!!!!

Ps-  My apologies to deadmau5 for misspelling his fucking name.