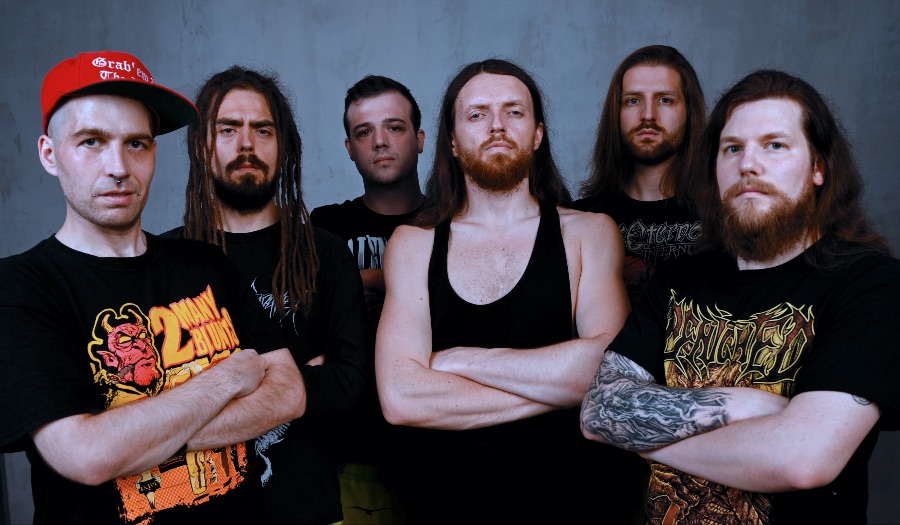 Strain Of Gods EP out 19th November via Unique Leader 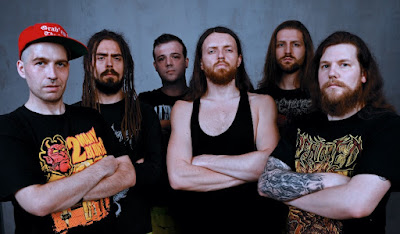 German brutal surf-death-metal institution Stillbirth return with characteristic vibrancy on their new Strain Of Gods EP, which is set for release via Unique Leader Records on 19th November.

Pre-order and save here: https://orcd.co/strainofgods

The band have also revealed their first single from the record, 'You Can't Kill Us'. Watch the video here: https://youtu.be/c7LQdEk8M-I

Comments vocalist Lukas Swiaczny: "We are very excited to release our new EP Strain of Gods via our favourite label Unique Leader Records. The EP contains six songs and is peppered with a mix of brutality, groove and chill. Look forward to razor sharp guitar riffs, unstoppable drums, a bass inferno with two basses and a gurglish vocal arrangement! Once again we had the pleasure of recording and mixing the album at DPK Studios. The master was done by our good friends at Demigod Recordings. Our cover designer Aghy Purakusuma went all out again and created a super-wide landscape cover. We can't wait to unleash this beast on you."

Strain Of Gods is a concept EP featuring six tracks of bludgeoning nastiness which rage with scorched earth guitar playing, brutally heavy grooves, sick slams and blast furnace vocals. Stillbirth are heavier and faster in 2021 but with groove very much at the forefront of their sound.

'You Cant Kill Us' is the first new music from the band since 2020's full-length Revive The Throne and the new Strain of Gods EP lyrically picks up where the previous album left off.

On the EP theme, the band continue: "The Gladiators are scarred from battle and they thirst for rest and relaxation. The new King organises a party on the beach for the Gladiators and their guests. The party escalates quickly and then things happen that no one could have imagined before. What exactly? You'll find out in the six brutally groovy songs. But something is brewing in the sky. The violence of nature will soon show its barbarous face."

Founded in Hagen, Germany in 1999 by former guitarist (now vocalist) Lukas Swiaczny, Stillbirth combine a heady mix of death metal, grindcore and deathcore. The band have generated a legacy of brutality stretching back two decades, releasing their first CD Happy Stillbirth Party in 2002 and have since gone on to release seven full-lengths, four splits and one forthcoming EP whilst touring every corner of the world along the way.

You can catch the band live this year at a handful of dates, with full tour details for 2022 to be announced shortly.

Catch the band live at the following shows: