A Fistful Of Questions With Galina Rin 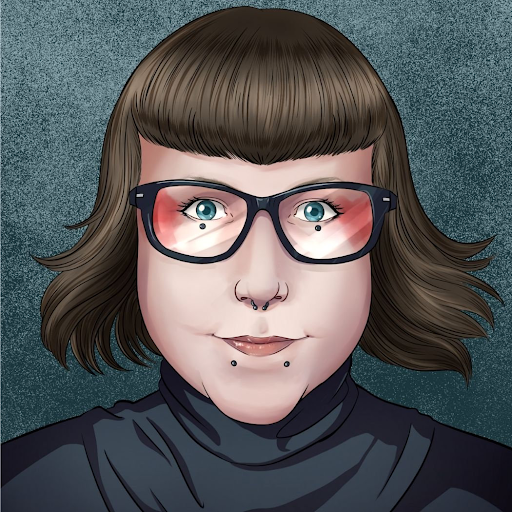 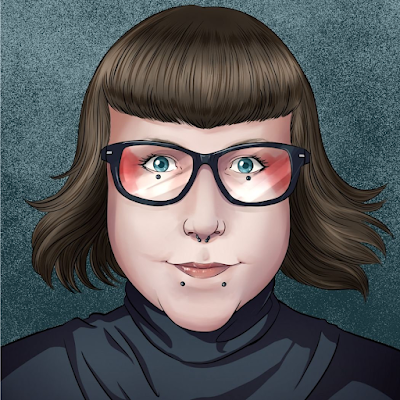 Vocalist.  Guitarist.  Twitcher.  Sci-Fi enthusiast!  This edition of Fistful of Questions goes to Galina Rin from Death Ingloria and the Sci-Fi Hi Fi show on Twitch.

I'm from a house of instruments, mostly medieval. I was always picking up something and giving it a twang.

Tell me about the genesis of Death Ingloria.

I've been trying to start a band for years. Refined and changed the concept until I hit upon the special sauce to which all my life is now pointed.

What inspired the name Death Ingloria?

I create rock music, Comic art and Animation about the end of Humanity. Literally exploring the inglorious ways in which Humanity can cause its own Death.

How long did it take you to write and record Death Ingloria II:  Death by Admin?

It was written before the world exploded and was delayed a year. It was probably written over a year or so. 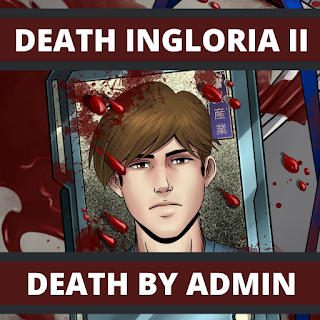 This question gets asked a lot and my answer is always the same. None. I'm in the band that's right for me. All others are someone else's path.

Not a song but a lead guitar line. Carrion by ParkWay Drive. There's just something that moves me in that one guitar riff. It calls to me and sounds like something I would have written at the time it came out.

What is a metal song that you'd like to do a cover of?

I made a metal cover of an Alanis Morrisette song once but I prefer to cover Grunge songs, if I must do a cover, just because my voice suits the style better. Heart Shaped Box by Nirvana is currently the favourite.

I supported Chasing Dragons before they split and they were awesome.

Nottingham Rock City. It's always held a special place in my heart. In London it's the Electrowerks. They just had a referb and it has amazing production for a small cap show.

I love traveling and performing. The rest is just waiting for those two things to happen :)

Sometimes you get caught short with food and sometimes you find yourself out late at night with no tasty food options. I keep a jar of emergency peanut butter in the van which is plenty to get you through the drive to motorway services if needs be.

Edinburgh is the best and coolest city in Europe,followed swiftly by Berlin.

Nothing weird happens to us now but I used to be a back line tech and tour manager for other bands and I once took a band member to casualty because of a vegan lasagna. Who knew people were allergic to the fungus in fake meat! There are far weirder stories than that but I can't tell them on the grounds that I would incriminate myself.

I'm in a bedsit in Bangor N.Ireland and I'm listening to Nirvana. 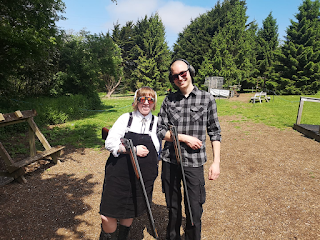 As much as people strive for a good work/life balance this job is 9 - 9 min. If you love it, it won't feel like work and only do it if you love it.

God I don't know. I've spent a long time being miserable in my life and self maintenance is usually the first thing to go.

When I was 15 I unloaded nuclear warheads from a Sea King helicopter hovering above the deck of an aircraft carrier in the Bay of Biscay in a force 5 gale. True story.

Haha yes of course. We miss you on our live stream show Sci Fi Hi Fi. You don't come round anymore. Maybe we should have you on there?

No, of course not. They are just fancy horses.

Long drives need music I can sing to and also keep me awake so it's probably going to be a best of 90s Grunge/Nu Metal Spotify playlist. No one album is going to cover that. 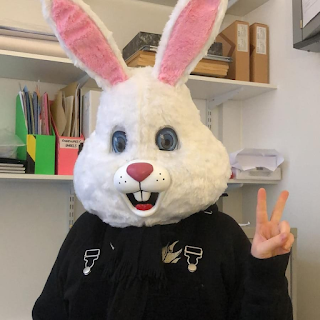 What is your favorite song by The Rolling Stones?

Bauhaus or The Cure (if you had to choose)?

Neither. In fact, someone can have mine. I have no need for them.

They are the same but different. Both.

Star Wars is not a Sci Fi.

Thuum. Amazing band, not around anymore.

Stranger in a strange land by Robert Heinlein

Don't have one. I have many.

Big thanks to Galina for taking the time to answer my questions.  I appreciate it.  Be sure to check out Death Ingloria’s latest release Death Ingloria II:  Death By Admin over on Bandcamp.  You can purchase it digitally or there are a couple of really cool bundles available.