A Fistful Of Questions With Lisa Mann 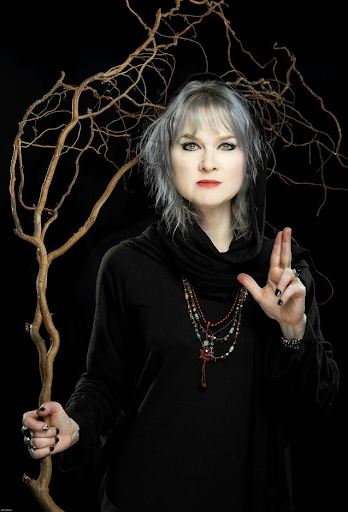 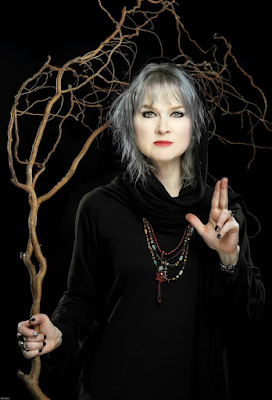 I am a full time professional blues recording and touring artist, and my recording project White Crone has produced a full length album (The Poisoner- 2020), as well as a single (Stargazer- 2021).  I am also working on a new album with the band Splintered Throne as their vocalist.

Bass guitar is my first and main instrument.  I started when I was 11 years old.  I walked home from school for lunch every day for a year, and saved my lunch money to buy my first bass at a pawn shop.

When I was a teenager, I was in a crossover metal band called Dead Conspiracy.  Our first show was at a dive bar in Portland called The Satyricon. It was like Portland’s CBGB. We opened for a skate punk band from Sweden called Slam, and we got paid a whopping $13 for it.  I remember asking my cousin for quarters in exchange for a dollar in the parking lot after the show, so we could split the money among our four-piece band!

That was my first band, Dead Conspiracy.  We started out punk and crossover, later they wound up being more death metal.

Tell me about the genesis of White Crone.

I am a blues artist, but I grew up in the heavy metal scene.  I never lost my love of heavy metal, especially the classic stuff I grew up with.  I always wanted to create a heavy metal record, since that’s what I do (make records).  But I wasn’t inspired to do so until I heard the song Cirice from Ghost.  I was struck by Ghost’s adventurous musical spirit, and how they just didn’t care what their critics said.  Somehow this thought silenced the critic in my own head that told me I shouldn’t stray outside the blues music that I am known for.  Soon after, I started hearing melodies in my head, and I would sing or play them into a recording app on my phone.  After a while, those parts piled up into entire songs.

I taught myself to play guitar as well as drums in order to record the songs on a home recording workstation.  At first I thought I would keep the music to myself, but I decided to release it to the public, because I thought other people who love classic metal might enjoy it.

I recorded the final parts at Opal Studio in Portland, OR, I played all bass and most guitar, with a few guest solos from former Glacier guitarist Mehdi Farjami.  I hired a real drummer named Larry London (my drumming was only good enough to write the parts, not record).  Larry is a well known drum instructor.  For one song, I hired Vinny Appice, he is so good at those slow heavy, Sabbath beats.

What inspired the name WhiteCrone?

I was looking for a name that wasn’t taken, and I wanted something that would be personal to me.  I am very pale skinned, and I am not a young woman.  The name fit, and no one else was using it. 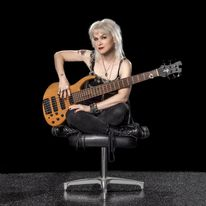 Is there another album under the WhiteCrone moniker on the horizon?

I have released a single, a cover of Rainbow’s Stargazer, however that’s not attached to an upcoming album.  I do have a few songs hiding away in my DAW, though, and I look forward to fleshing them out in the future.

It would be a blast to kick Steve Harris and Bruce Dickinson off the stage and sing and play a few songs with Iron Maiden!

Oh yes, many times, in many genres.  If I could ever compose a song of the quality of Maiden’s Stranger in a Strange Land, or Dio’s Don’t Talk to Strangers, I could die happy.

Oh yes, as a blues artist I have plenty.  I love Little Milton and Koko Taylor, for instance.  They had huge voices, and huge personas to go with them.

Someday I would like to cover Little Milton’s “Let me Down Easy.”

I loved Splintered Throne when I first saw them, I think they opened for Flotsam and Jetsam the first time I saw them.  I saw them a few more times here in Portland and became a fan.  When their singer announced he was leaving, I spoke to the band and arranged an audition.  Soon we’ll be getting in the studio to make a new album, and I look forward to hitting the stage with them!  We have had a lot of delays due to the pandemic and other issues, but it will be worth the wait, I promise you.

I love to play festivals, in the open air, and to look out on a crowd of happy people.

Just to warm up my vocals, and to drink a LOT of water.

In my blues band, I would say Memphis.

Usually those experiences involve being in the van… like a truck full of pig shit slamming on its breaks and slopping shit on the hood, or being pummeled for miles by a huge tumbleweed storm, or running into a bizarre swarm of giant beetles that covered the van in massive bug guts. 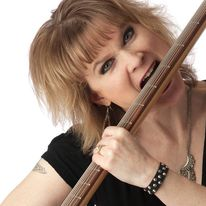 I was probably in my basement woodshedding on my bass to funk and soul music.  I got heavy into Level 42 and Fishbone at the time, slapping and popping and fingerstyle funk.

Be helpful to other musicians, be friendly and cooperative.  It’s fine to be hungry and competitive, but not to where you’re pushing others down.  You give, you get.

It would be the “I Don’t Care What You Think” festival, with Avatar, Car Bomb, and Ghost.

I used to be a bodybuilder.

Sad Wings of Destiny.  Over and over.  (That has happened)

What is your favorite song by Bruce Springsteen?

Santa Claus is Coming to Town.

Whitesnake or Aerosmith (if you had to choose)? 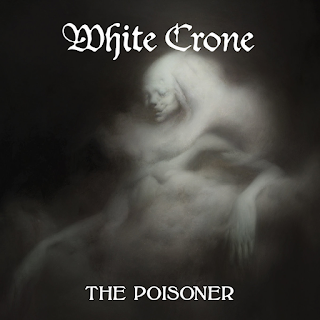 I have a Manowar Battle Hymns shirt that is just about a rag now.

Lord of the Rings series

Eeesh, hard to say.  Hellraiser is a classic.

Many, many thanks to Lisa for taking the time to answer my questions.  I appreciate it.  WhiteCrone’s “The Poisoner” is certified heavy metal thunder, so you must check that out.  However, don’t you dare stop there.  Be sure to check out Lisa’s blues albums as well.  You shan’t be disappointed in either.