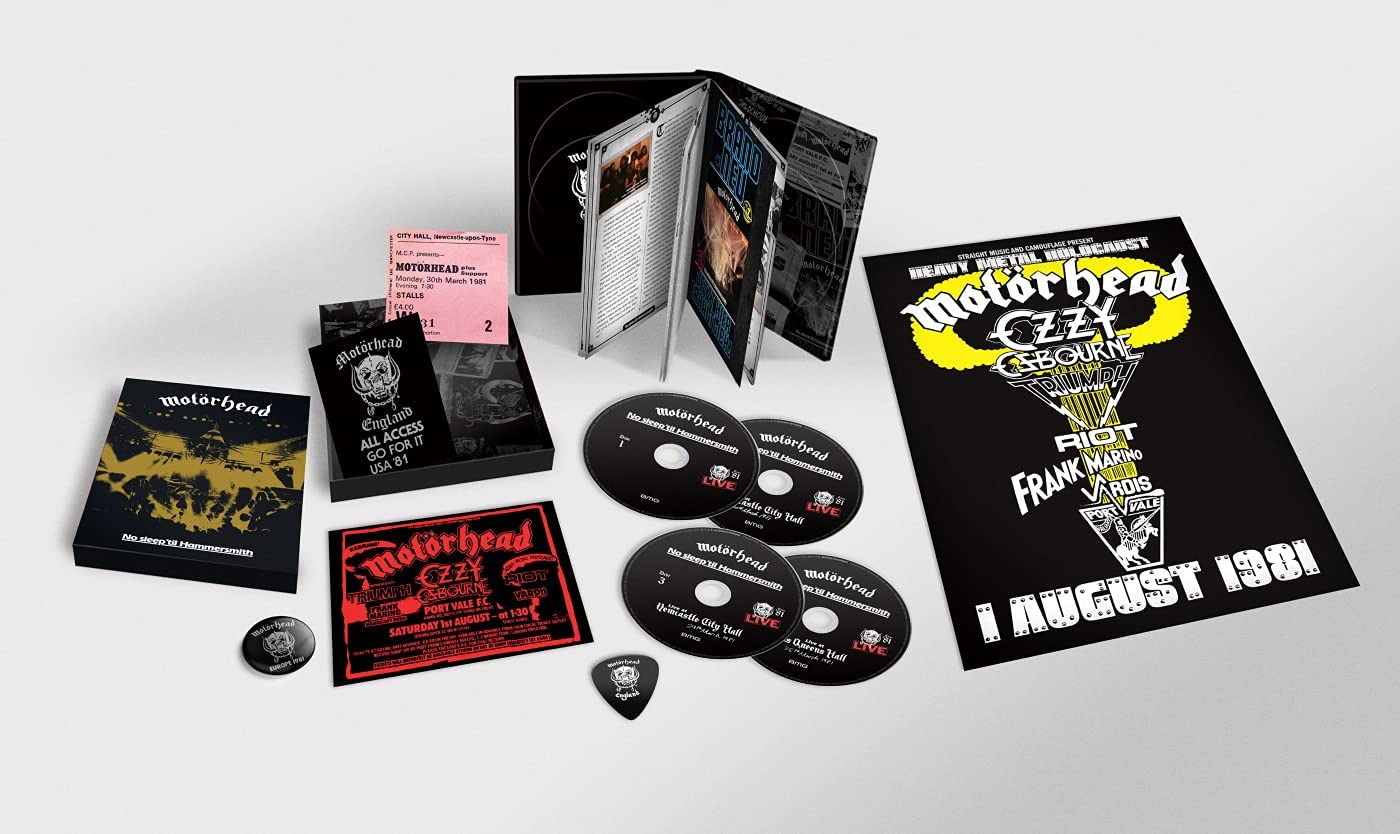 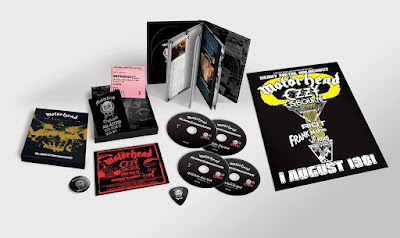 The arguably, best live album of all-time has been remastered and expanded with five bonus tracks on the first disc (three of which are previously unreleased from a sound check) and features three previously unreleased full concerts from this tour: Leeds Queen Hall (28/3/81) and both nights from Newcastle City Hall (29 & 30 March). The box set includes 28-page book, poster, plectrum, tour pass, ticket, flyer & badge.

So here we have an album that as soon as I saw the advertisement in CREEM magazine for it, I wanted it…badly. It took me a lot longer than I wanted it to for me to get the album, but man, was it worth it! It was and is amazing all the way through from start to end. The sound of the remaster has improved the clarity and power of this terrific album. The three previously unreleased full concerts from this tour are just as amazing and could have been released to acclaim back then. The shows are blistering and it sounds like Lemmy’s throat is being ripped out, but back then, this band was unstoppable and Lemmy would take no prisoners. No matter how many live albums Motorhead has put out, nothing will beat this for pure destruction. My brother was listening to the radio during this time and the station had a Motorhead show live on the radio, and on TV at the same time in a simulcast and it blew me away, just like this collection does. The booklet with its pictures and information is great, and the other items are fantastic, a great addition to the package.

A band at the height of their powers, playing like the world was ending and they had to make a final statement…it didn’t end, but what a statement they made. Thanks boys, ya done good.