A RIPPLE SIT-DOWN WITH DWAYNE ELDREDGE OF 'MOURN THE LIGHT' AND WORLD PREMIER OF THEIR VIDEO FOR THE 3RD SINGLE 'TAKE YOUR PAIN AWAY' OFF THEIR NEW ALBUM 'SUFFER, THEN WE'RE GONE' 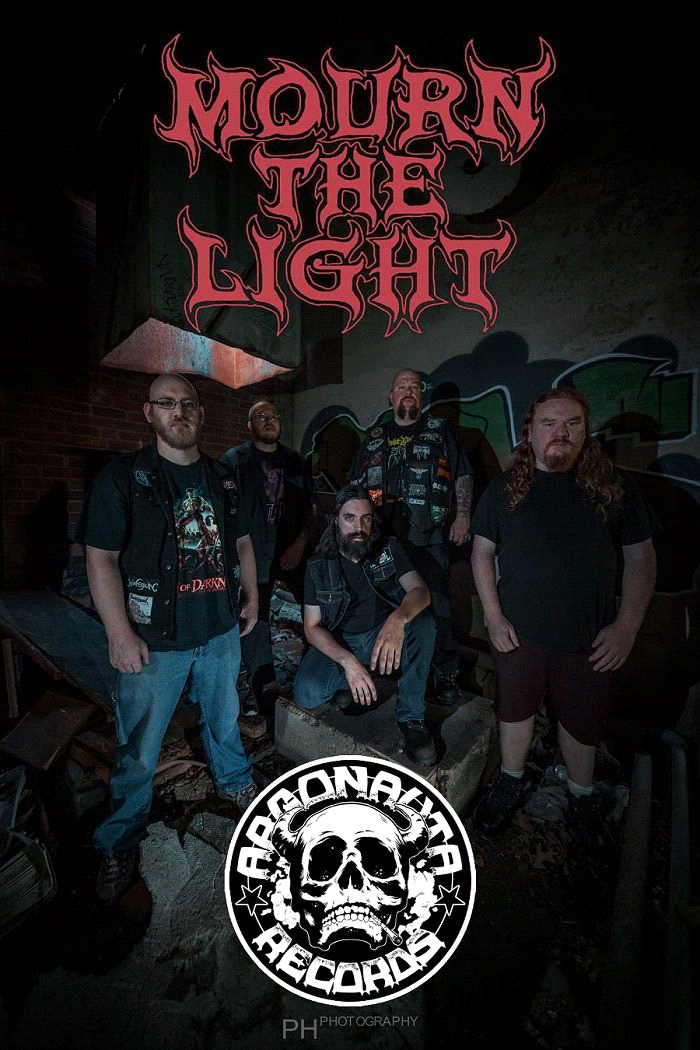 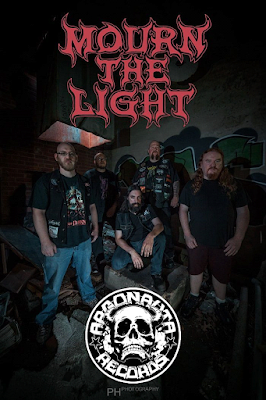 Music ruled in my home in my Wonder Years. Dust, Buffalo, Black Sabbath, Sun Ra, Lee Morgan, Rory Gallagher, Led Zeppelin. Blue Cheer, Iron Cross. It was all great then and so diversified. Time portal to 2021. Dwayne Eldredge 'artist extrordinaire' the man behind the band 'Mourn The Light' brings his diverse talent and love of all things heavy in music to us here for a special conversation.

Thanks for sharing the time with us Dwayne. What music was an influence for you in your youth?

Europe was the first band I went out and actually bought on my own, I was really into alot of that music really young like Skid Row, Guns n Roses and such. Not long after that I discovered heavier stuff through a good friend and some of my first heavy albums were from Annihilator, King Diamond, Metal Church, Metallica, etc. Also the discovery of Prog metal like Dream Theater, Savatage, Fates Warning, and Queensryche. As a guitarist I was really a big fan of the shred era as well...Yngwie Malmsteen, Tony MacAlpine, Vinnie Moore, Toby Knapp, Steve Vai, Joe Satriani, Joey Tafolla... 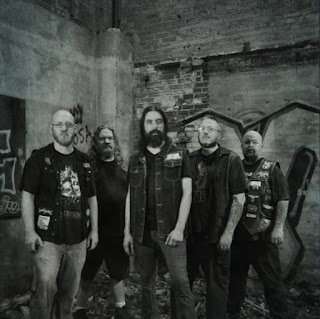 'Weight of the World' your debut ep in mid-2018 carries a great heavy vibe to it, How did you get there from forming in early '18?

We got there quickly. lol My friend Greg and I formed the band initially and we put it together pretty quick, It was just flowing. We were just having fun with no real intention except to have fun and play what we loved.

I hear the likes of many bands at different times in your music but in your very own 'unique,' heavy sound.

When I initially started the band I had a vision or idea of combining elements of Night Demon, Kings X, and Candlemass. But of course all my influences poke there way through. The one thing I do that makes it unique I think, is that I don’t limit myself at all. I just write what feels right without worrying about it fitting into a box or matching a description.

In 2019 you recorded a 6 song split with Oxblood Forge, and changed drummers and add a bass player. What brought the band to reconfigure after the 1st step?

Our first reconfigure was because of our original Drummer relocated his family to another state and our bass player at the time was a good friend of ours Dan Jackson but he was playing the fill in role as he is in a band Casting Shadows that is his main thing. He filled in until we got Bill Herrick to Join. We really just kept moving forward the entire time while finding all the right pieces that fit the MTL puzzle. I think we have found a great cohesive team in our current lineup.

Your band is based in South Eastern Ct. The live and overall scene at the time you were starting up, what was it like then compared to now?

I am a promoter in the area and I run the entertainment at a venue (Altone's Music Hall) and its got a fun little scene here with lots of great bands and people. Still holds true today, I think more people outside of our area are aware of our local scene here now.

Your passion for all things heavy brought you and Scott Harrington through SCENE Productions and Salt of the Earth Records in mid 2017 to co-find 'The New England Stoner and Doom Fest.' a 4 day super heavy fest that is held annually (minus COVID). How did it go from a calling and vision to what it is today? 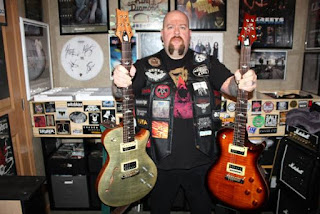 S.C.E.N.E. stands for 'Southeastern CT Entertainment Networking Events' and my whole idea of starting that was to bring people together to network and share and grow together. It's important for local bands to have a support system and to help each other grow collectively. I was doing an event called 'MetalCon' for local bands and that’s where Scott and I initially formed an alliance. Our first event went over well, so we decided we wanted to go bigger combining what I do and what he does with Salt of the Earth Records. Been a fun ride.

Previous bands you all were members of ?

I was in Never Say Die, Kill the Straggler, and In a blackout previously as a vocalist. Previous to that as guitarist in Apparition and Demigod. Kyle our Drummer was in Ice Giant and Age of Embers. Andrew was the bass player in Age of Embers, This is his first singing gig. (Fun fact: Andrew and I were jamming in a band for a month or so back in 2006 and lost touch when our practice space situation imploded until I booked his band Age of Embers and then he followed up by sending me audtion for vox in MTL) Bill our Bassist was in a band called Feed the Beast, a band I had booked in the area several times. Dude is a monster!

Your 1st LP 'Suffer, Then We're Gone' released July 2nd 2021 on Argonauta Records worldwide. You upped the challenge to write your best release to date calling it "your love of the heavy of old and heavy of the new" I mean it is for me a profusion of traditional Doom, power metal heightening the senses with serious grooves and a killer rhythm section. Tell us how it came about.

It really is just a pouring out of my influences through the way I play without filtering any of it out. You'll hear my Traditional, Power, and doom metal influences and you will also hear bits of Death Metal and Black metal Influence and Prog metal/rock as well. I’ve always been a fan of the Hook in songs so I focus on catchy hooks. 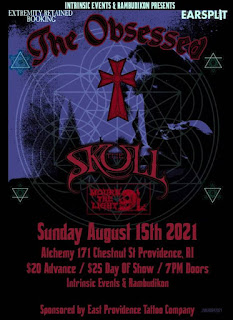 Do you have a personal favorite off 'Suffer, Then We're Gone?

'The song I'm most proud of lyrically and musically I'd say is "When The Fear Subsides", but I have a real fun time playing "Refuse to Fall" (a song I wrote inspired by Jason Becker) and "Wisdom Bestowed" I actually originally demo'd back in 2003 originally (original was a 14 minute mess). lol finally became what it is. The emotion that is conveyed in "Suffer, Then We're Gone" is tough to match. I really enjoy the entire album start to finish.

Advice to the many many Stoner/Sludge Heavy Metal rock influenced artist's who are just starting out?

What's ahead as far as touring plans for this year and beyond?

This year we have some shows planned here in New England, Then a break in winter to record demo's of our next album which is already written (Thanks Covid) and then hope to do some touring in 2022. Having fun and seeing where it takes us

Mourn the Light -'Suffer, Then We're Gone' Available on Vinyl, CD, and Digital From the Band: