A Ripple Conversation With Amber, Michael, Harry, And Noah Of Polarized Eyes 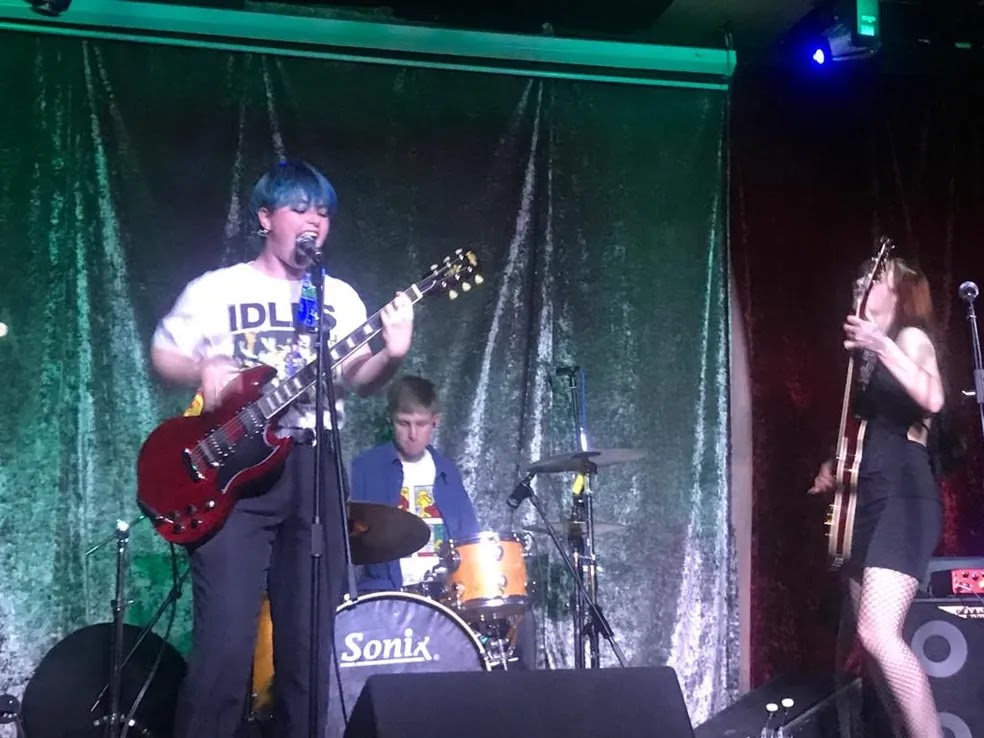 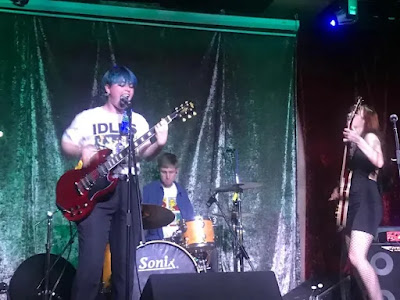 Amber: I think I really got into this kind of music when I first started listening to Yungblud.

Michael: I saw this documentary about on the BBC about punk music that had X-Ray Spex playing on a show with John Peel. It was a really amazing performance and Poly Styrene’s voice was really cool and that’s what switched me on to punk music.

Harry: I was about 10 when Queen came on the radio and I was like, wow – music really exists.

Noah: Mine was really young when I heard Human by The Killers and I used to stand on the chair and belt it out when I was about 3.

N: It depends on the song. We’ll come to band with an idea and then it’ll span out from there, but it could start with a riff or lyrics or just a concept.

A: Well, we’d have to say our parents I suppose

N: I’d say Joe Talbot – his live performances are really explosive and I love that Idles are quite political

M: I guess for me it’s Damon Albarn

A: Politics mostly and what’s going on in the world

N: Well we’re from Barnet and that’s probably the least punk place you can find, so maybe we’re rebelling against that 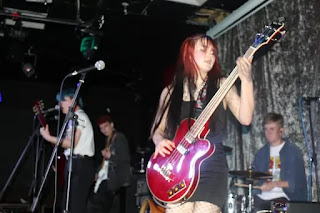 N: It’s a combination of two 21 Pilots songs – Glowing Eyes and Polarize, cos they were our favourite band when me and Amber started the band

N: Yeah, cos that’s how I thought it was actually spelt, but it’s not!

H: Lord of the Rings

A: No a horror film

N: No, wait we should do an action film. Like we’d be really good on a superhero film

A: Yes! Wonder Woman or Spiderman would be awesome.

N: In our end of year exam at college there was one on heavy metal music, but I definitely wouldn’t write one on that. I reckon Mr Brightside would be a good one, cos then you could write about its influence on British culture and stuff. It’s one of those songs that all our mates know and all our parents do too, so it’s weird how it’s so popular for all generations.

N: OK so none of us have seen Spinal Tap..erm I broke a door in the rehearsal studio once

H: Not in a rage though!

A: I think maybe it’s just getting out on a load of protests. You know, school strike for climate and BLM marches. Protests are the new rock n roll!

N: It’s a mad buzz. It’s all about energy creation and everyone gets really into it.

A: Yeah it’s so cool when you feel the energy building in the room and you lift the roof off!

A: I would say it’s the drive and the energy

H: Yeah and that magic thing when it can be really simple words or chords, but it all comes together into something brilliant.

What one single album do you wish that you'd writen or performed on, and why?

A: Ticket to my downfall by Machine Gun Kelly

N: YESSS!! That is such a good album and probably one of the biggest ones in the resurgence of punk music

N: I’m really proud of Just Kids. It’s not out yet so you’ll have to wait a bit to hear it unless you come and see us live, but it’s the first one we wrote after Michael joined the band and we love it. 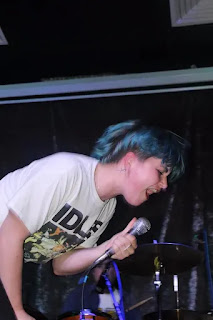 A: Slaves are awesome and it’s really impressive as they only have two people but they have such a fat sound

N: Yeah and they’re really political, but not in an obvious way

N: Both of them are rank. Cider for me please

N: OK, there’s no record stores in Barnet, so we go to Camden

M: All Ages Records in Camden is a really cool punk record store and they have shows outside

N: More music, gigs and our first festivals later in the year, which we’re really excited about.