A Fistful of Questions With Krista Shipperbottom of Lutharo 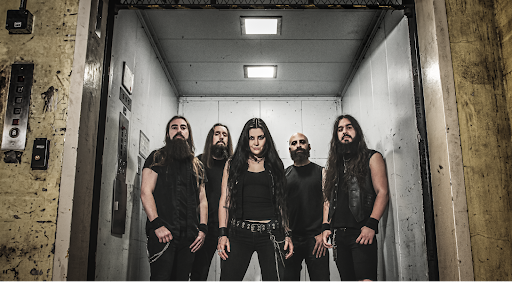 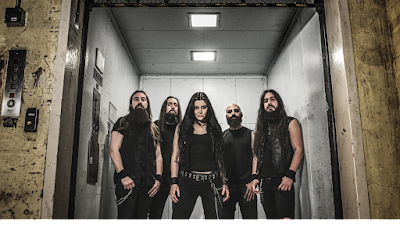 No I do not

That is a question I can honestly say I’ve never asked myself. People always just assume my last name is fake so I guess I’ve had an alias all along.

Lutharo is my one and only!

The first instrument I learned to play was piano, but I shortly lost my patience with it.

My first musical memories go back to very early childhood. There was always music playing in my house, mostly classic rock and I have been going to concerts since the age of five. It’s hard to pinpoint what my very first one was because music has always just been a part of me and I've been singing since I could speak.

Lutharo was and is my first and only band, however Lutharo was originally named “Incarnadine.”

Tell me about the genesis of Lutharo.

Lutharo was formed back in high school by our guitarist Victor Bucur along with our original drummer and bass player. I joined shortly after specifically because the guys were looking for a female vocalist and since then it’s just been a non stop grind to fulfill our dream.

What inspired the name Lutharo?

“Lutharo” is actually an elvish word meaning “the enchanter.” Victor and myself are huge “Lord of the Rings” fans so we figured it was suitable.

How long did it take you to write and record Hiraeth?

Hiraeth took about a year give or take to write and record. Of course with the pandemic happening we had nothing but time to put into this album which has been a blessing in disguise. 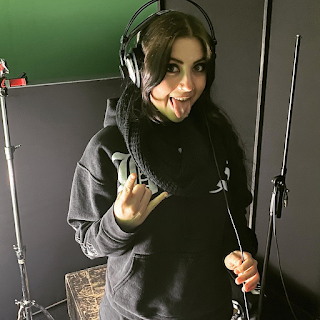 Hmmm that’s a tough question.. I think I would have to choose “Arch Enemy.” Not only are they an extremely hard working band but their music and energy really resonates with me.

I can’t say I’ve thought that about an entire song, but maybe a melody or a lyrical passage.

For sure! My two biggest would have to be “Beth Hart '' and “Lights”. Both female singer/ songwriters.

Non-metal song that you'd like to do a cover of?

That’s a tough one… maybe give me 3-5 business days to give you an answer.

Our friends in the band “Johnny Nocash” amaze me every time with their musical ability and live performance.

I would have to say so far my favourite venue to play has been the Opera House in Toronto!

Yes very much so! I always make sure to drink plenty of water, eat very healthy and plain the day of (no dairy or spicy foods). Also I will make sure to do breathing exercises, two sets of vocal warm ups and stretch my body about a half an hour before hitting the stage.

My favourite thing about touring is definitely meeting new people and seeing new places but also knowing I’m getting paid to do what I absolutely love.

Honestly ANYWHERE in Europe. I can’t wait until we can finally tour there.

There have been MULTIPLE weird experiences, but I think one I’ll never forget is staying in Montreal and the entire floor was slanted. You couldn’t put anything that didn’t have a good base on any surface because it would just roll away..

Well I was in grade 1 so I was probably listening to a mixture of things from Britney Spears to classic rock. Also a lot of Blink 182 and Sum 41. 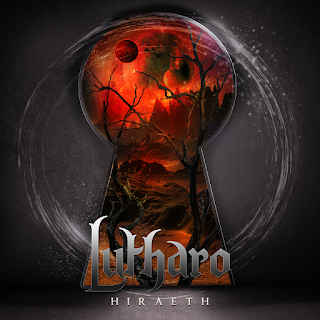 Don’t let anyone try to tell you that you won’t make it and you should just quit and get a “normal job”. You are being called to music for a reason, so stick to it and work your ass off!

What is an absolute killer band?

I’m not sure if this exists or not but I would probably name the festival “Hiraeth”. This is because once the festival is done this is the exact feeling you will feel. The headlining bands (if we’re talking strictly metal) would be “Black Sabbath”, “Iron Maiden” and “Jinjer”.

I was a competitive gymnast for years.

Unicorns don’t need sleep. Sleep is for the weak.

Most definitely “Wings of Agony”.

What is your favorite song by DeadMau5?

I only know like two of his songs so I’ll say “Sofi needs a Ladder”.

Paradise Lost or Crowbar (if you had to choose)?

I’m not too familiar with Paradise Lost so I’ll go with Crowbar. 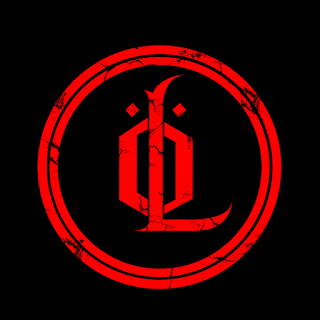 Oooo that’s a tough one. Probably my “Metallica” “Metal up your Ass” shirt.

I realize this isn’t a meal, but sour keys.

This sounds terrible, but I couldn’t tell you. I haven’t had time to read in a very long time unfortunately.

The movie “Rock Star”! Hands down.

Mucho, mucho thanks to Krista for taking the time to answer my questions.  Especially the personal ones.  Lol.  The new album from Lutharo will be available on October 15th and it is totally worth the wait  (it’s F-I-R-E), so keep those eyes peeled for it.  In the meantime you can wet your whistle with their previous release Wings of Agony.