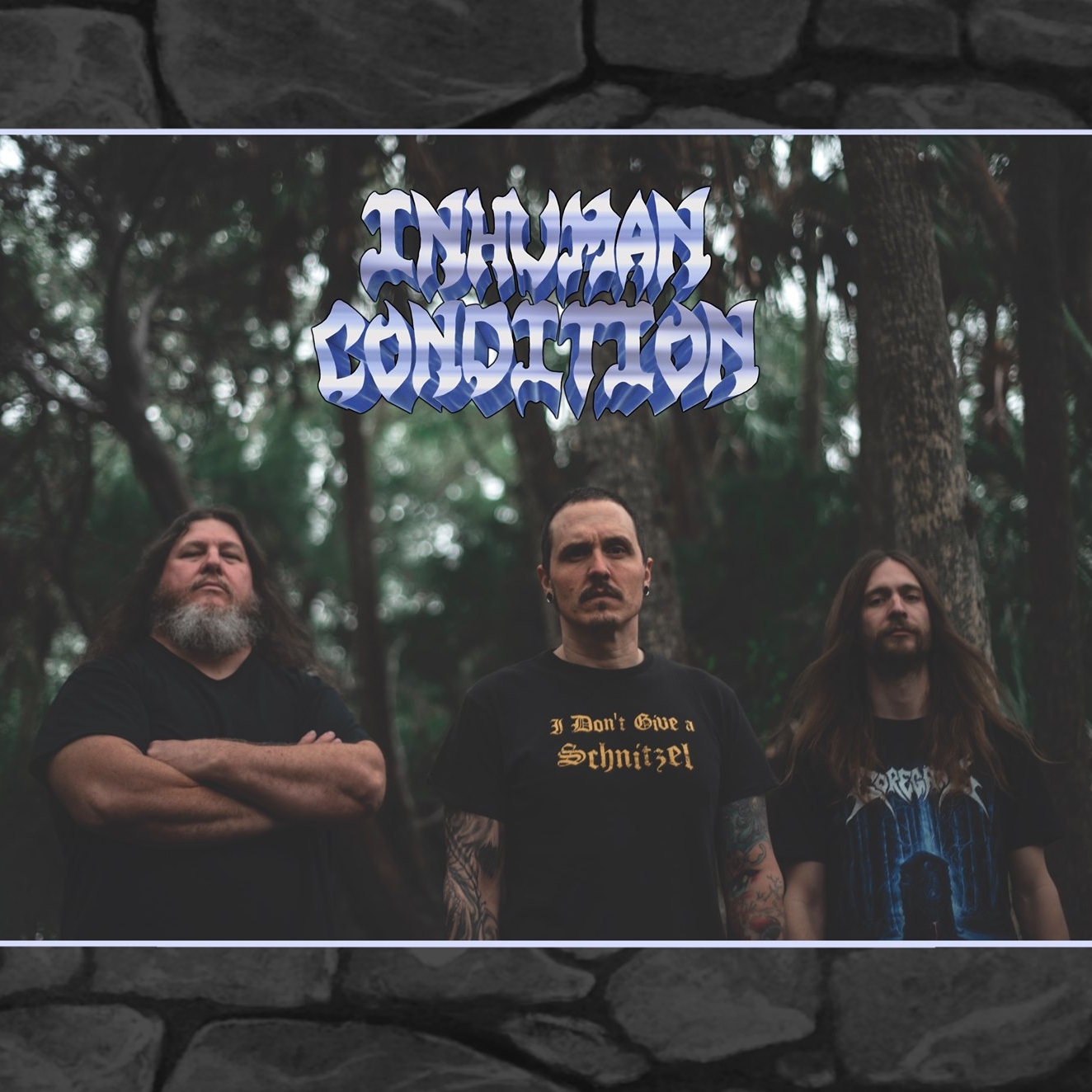 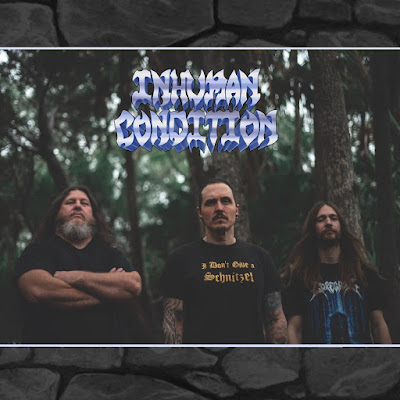 Florida death/thrash band INHUMAN CONDITION’s new album Rat°God comes out tomorrow, June 4th, but is available for streaming for the first time at the link below.

The album can be heard here:

With a respectable heavy metal pedigree, the trio have taken on the DIY approach from the band’s official formation earlier this year.  Rat°God will be released on Kling/Nordberg’s Listenable Insanity Records on the group’s bandcamp page.  There have been several licensing deals set in place to ensure the album is available world-wide, including Blood Blast Distribution, Black Serpent Records, Spiritual Beast, Metalized Distro, Rapture Records, Burdentombs Records, and Total Metal Music.

Nordberg says: “The response has been overwhelming so far, and we can’t thank our fans enough! We also appreciate everyone’s patience with us, since we’re doing this album top to bottom ourselves, with a little help from our friends.  We know that you have been anxious to hear the album so we figured we’d give you a chance to listen to the whole thing a day early with our buds at Metal Injection.  It will officially be out tomorrow, which is a “Bandcamp Friday”, so make sure to grab a copy if you dig it!”

The group is fronted by Jeramie Kling (ex-MASSACRE, VENOM INC, THE ABSENCE) on vocals and drums, with Terry Butler (ex-MASSACRE, OBITUARY, ex-DEATH/SIX FEET UNDER) on bass, and Taylor Nordberg (ex-MASSACRE, THE ABSENCE) on guitars.  The music for Rat°God was written and recorded at Smoke & Mirrors Productions in Spring Hill, Florida, where it was mixed/mastered by Kling/Nordberg respectively.

Rat°God was written, recorded, mixed and mastered by Kling/Nordberg at their own Smoke & Mirrors Productions in Spring Hill, Florida. The album can be pre-ordered at inhumancondition.bandcamp.com