A Ripple Conversation With Zennui 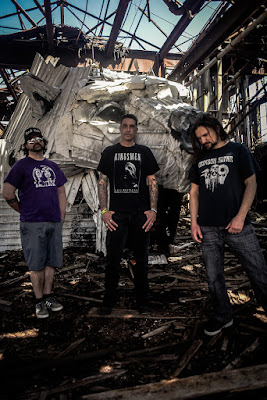 Lisa Simpson made me want to play the saxophone when I was in the sixth grade. The next year when my friends started a band and I wanted to join they said "We're not the fucking Hights!" So I bought a guitar. What can I say it was the early nineties.

For this album the riff came first, except for the idea of the Aquatrog. He's what's in the water.

We feel like we have a never ending source of inspiration and creativity.

Our studio is located in a post industrial wasteland known as the Silver City in the middle of Connecticut. I think our music is affected by the area both, because of how bleak it is but also in spite of it.

We wanted to represent the highs and the lows. It's the zen of your Ennui. 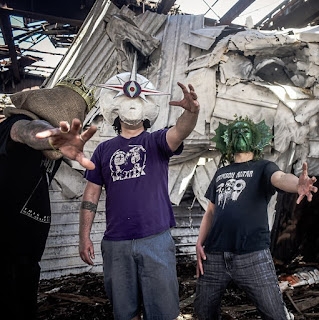 Soilent Green 2, We always wanted to see a remake!

We would have to choose our song "Third Eye Cyclops". There are many dimensions to the song. On the surface It's about a wandering blind Cyclops with extra sensory perception but if you dig a bit deeper you may uncover narratives about the human condition and humanity's inability to grasp reality.

We started to form this band during quarantine and our first sessions were on jamkazam, but due to the latency we were having the resulting music had a circular "row row your boat" effect. After a few hilarious sessions like that we decided to get a little socially distant together. But one time our drummer did explode and all that was left was a little globual.

Since we started in the pandemic we haven't played as a band live yet. What fans can look forward to is a re-imagining of the fantastical world of our album Kingdom Jones and the Atom Heart Family. A high energy show with props, lights and revelry.

A great song stays true to itself.

The first song we wrote together was actually pre pandemic with no intent of forming a band. It worked out really well and then quarantine gave us an opportunity to go further with it.

We are really happy with how our song Aquatrog turned out. With so many layers of the sound working together as one. It really highlights the production we are capable of at our independently run studio, Last Bastion.

Torche has been on heavy rotation at the studio lately. Their range of styles really excites us. 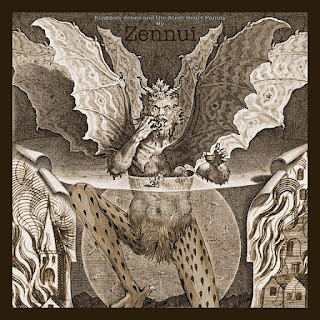 The ritual of vinyl makes for a great listening experience. On the other hand the availability of streaming provides great accessibility.

Beer, We come from New England so we love our craft breweries.

We are from Meriden CT and just 15 min away is our favorite record store, Red Scroll Records. It's a great place to discover new music. You're sure to find even the most obscure band.

We have so much, New music, Live shows, Live streams, Merch, some special cover songs and more!

We welcome all your readers on our adventure through sound! See you in the Kingdom.