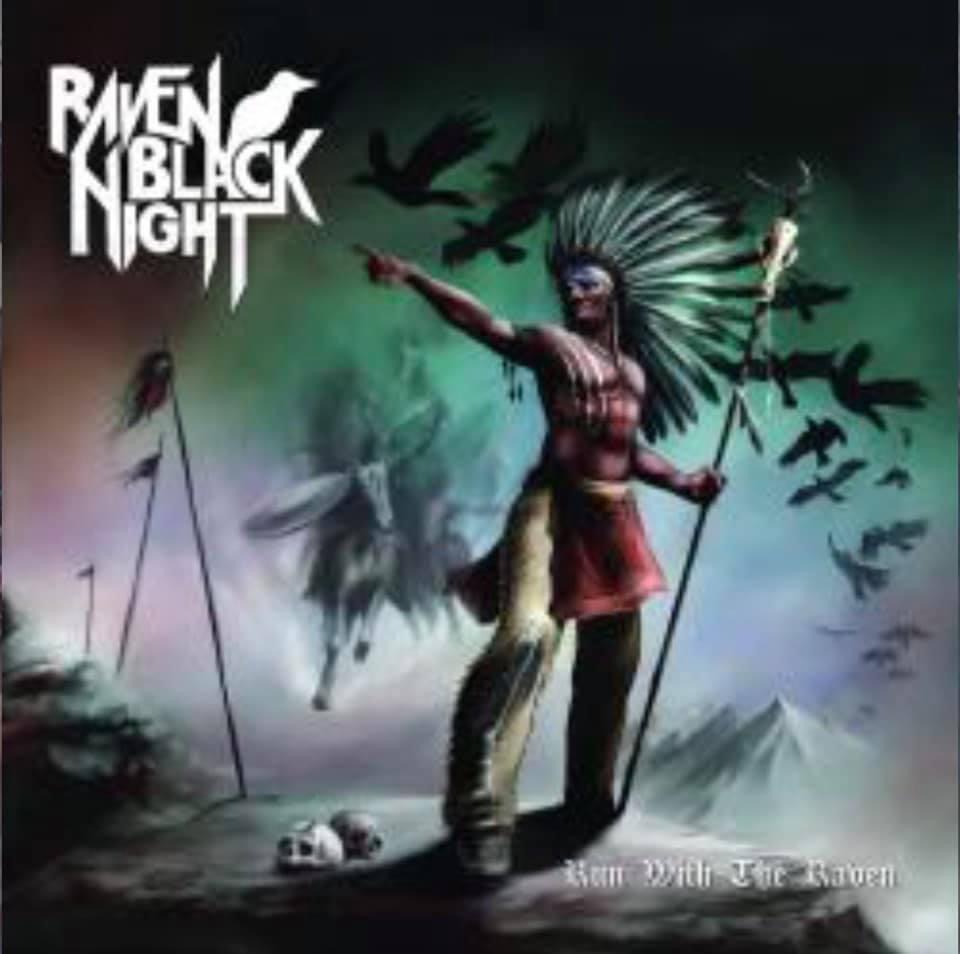 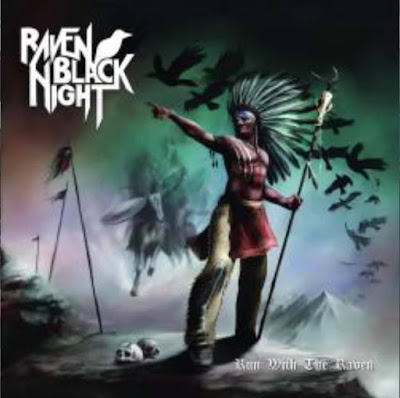 It was way, way back in 2004 when I first came in contact with Jimmy Petkoff from Australia. Seemed that this affable guy not only liked to play guitar but liked to play it a lot. He played it so damn much that he had not one but TWO bands Down Under:  70’s psychedelic hard rock THE LOVING TONGUE (some names just rule) and the more metalized RAVEN BLACK NIGHT (again, some names just rule). Not long after that, Jimmy sent me some of the aforementioned bands’ discs. They all crushed but especially the debut by RBN called “Choose The Dark.”  I chose to spin it’s NWOBHM x bluesy guitar contents night & day. That was a damn good choice.

Fast forward 9 years down the pike (2013) and I was at Arundel Mills Mall in MD at the once great FYE store. Here sat a new CD by RAVEN BLACK NIGHT called “Barbarian Winter,” on Metal Blade Records yet! I was running around the store yelling to my teenage daughter and stepdaughter “I know the guitarist in this band!!!” They swore they didn’t know me. I bought it and played it at top volume on the way home. Teach them to deny their old man.

Now here we are, 8 years later and I’ve got in my hand the 3rd full-length RBN (now on the German SAOL label) in my hot little hands. Well, I’ve got the jewel case in my hands and that’s because the disc itself is in my player, cranked to “11.” Teach the neighbors to bang on the walls again. No way anyone can be running into the wall that much, nor that rhythmically. Their bedroom must be on the first floor. Anyway...

The thing I can tell you about this album is that...you guessed it...it rules. In 3 albums, spread out over 17 years, RAVEN BLACK NIGHT has started out great then simply upped the ante. Fact is, this quartet has a nigh on perfect thing going here. Start with Dio-era SABBATH thick riffs. And I mean thick as in leaden, but not crawling doom, rather laced with some Motörhead-like giddy-up. Then add in Jimmy Petkoff’s unique voice. It’s unusual and may take some getting used to because it’s so wide & sonorous but I absolutely love it. Couple it with the fact that he’s singing about all sorts of glorious stuff in titles like “Castle Walls (Tears Of Leonidas)” & “Sheeba (Queen Of The Ravens” and you’re in metal heaven.  The final icing on the cake for me, and the thing that elevates RBN into something world class is the lead guitar work on offer. Jimmy P may dish out steel-plated rhythms that Iommi would’ve snatched for Side One of “Heaven & Hell,” but his soloing is straight out of HENDRIX on “Electric Ladyland.” I shit you not and if you doubt me, dig what’s happening on the 11th track, “Holy Monastery.”  This song is filled with absolutely gorgeous melody and the extended axe soloing by Petkoff here is my favorite in ages. Talk about searing!

In all, I’ve got to say that this album is easily RBN & Jimmy Petkoff’s finest work, but that’s not all. If your musical tastes run from Hendrix, to 70’s hard rock to post-NWOBHM 80’s metal, your RAVEN has landed.