A Fistful Of Questions With Zac Crye 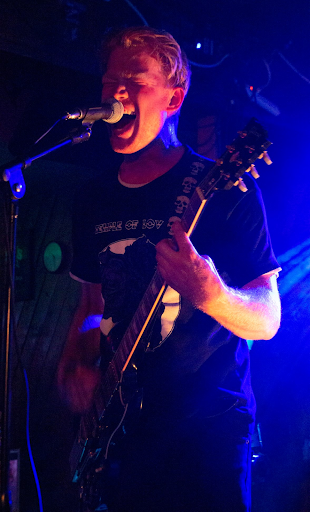 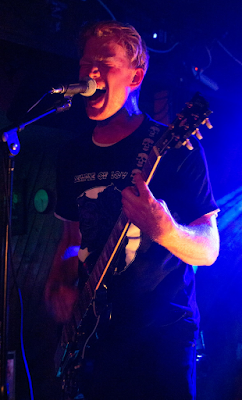 Guitarist.  Vocalist.  Multi-instrumentalist!?  Dad!  This edition of Fistful of Questions goes out to Zac Crye of Hudu Akil and his solo project Zac Crye.

My solo project and my band Hudu Akil, a stoner metal band in Phoenix.

Tell me about the genesis of your solo project.

I recorded these songs myself in January of 2019, just before we began tracking the most recent Hudu Akil album. It was my intention to release it as a follow-up EP for Hudu Akil. I recorded it all myself because the band was focusing on the full album and I didn't want to pile on even more material.

Once the pandemic hit and live music stopped, I thought it would be cool to release the EP as a solo album. It's something I've toyed with in my mind for a while, and it would give me the chance to reach an even broader audience. I could do more creative things with my social media because it didn't require the entire band to be present, it's been a lot of fun. The plan has always been to express new territory with these solo releases and to pass the momentum back to Hudu Akil, so you will most likely hear Hudu Akil playing Zac Crye songs. I think it's All the Same anyway.

How long did it take you to write and record All The Same?

The album is a collection of songs I've had written for some time. It wasn't until I wrote 'Look Out Above,' and the title track that it really took form.

I recorded the entire EP in two back-to-back 8-hour sessions.

I would love to insert myself back into my own band, Hudu Akil. 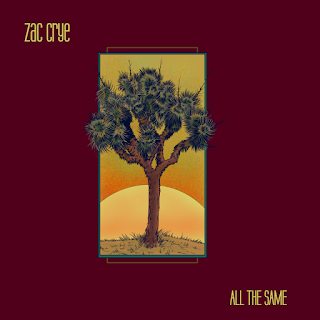 I've felt that feeling, sure. I felt a similar feeling when I heard Holy Death Trio's song 'Bad Vibrations.' It's like, 'oh yeah, it was right there all along.' A lot of songwriting is like being a conduit for the song. I think a lot of songs are floating around waiting for the right conduit. Sometimes they just hit you all at once.

The most non-metal music that inspires me would be Kendrick Lamar's music. I know his entire discography.

I stretch a little bit, warm up my instrument, maybe a shot of tequila, throw on that Norman Greenbaum and hit the stage.

New people and places, it's a lot of fun.

Missing my kiddos is the toughest thing about going on the road.

Hanging out with the people at Slab City. 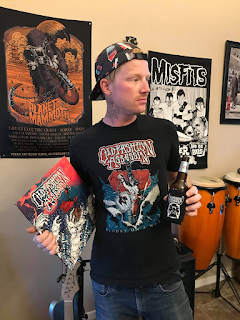 In high school listening to Pantera and Megadeth.

Do this because you enjoy it, work like it's a full-time job because it is, invest in yourself.

My dad was an Elvis impersonator.

They sleep clung to the backs of crippled giants.

Tell me two things that people should absolutely know about Arizona.

It's a beautiful state.

Songs for the Deaf, I suppose. 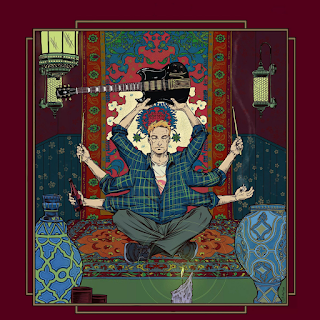 What is your favorite song by Willie Nelson?

Wo Fat or Mothership (if you had to choose)?

That's an unfair matchup, though I'm partial to Mothership.

I don't think I have one, honestly.

Many, many thanks to Zac for taking the time to answer my questions.  I appreciate it.  “All The Same” drops on April 16th and there’s a single available over on Bandcamp.  Click on over and give it a listen and go ahead and pre-order the full album.  Also, check out Hudu Akil over on Bandcamp while you are there.

Look Out Above (lyric video)