A Fistful of Questions With Steve Scavuzzo Of Clouds Taste Satanic 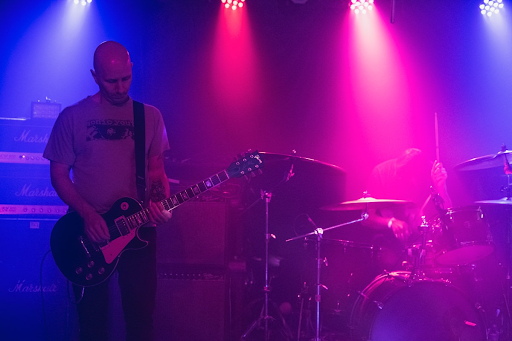 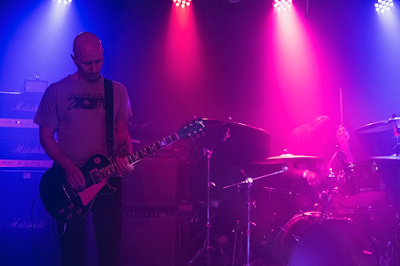 Can’t reveal due to witness protection.

The Beatles Hey Jude album on cassette.  Wish I still had that cassette.

Tell me about the genesis of Clouds Taste Satanic.

I was playing Post-Rock style guitar in a band called Gatos de Sensi and discovered Sunn O))) and Sleep, then went back and started listening to my 90’s Earth records and it dawned on me that down-tuned distorted guitar with 20 minute songs based on a few riffs with no vocals was where I wanted to die with my guitar.

The Flaming Lips record Clouds Taste Metallic.  Although that would also have been a great name for a metal band, I wanted something a little more Satan-like and also didn’t want to get mistaken for a Flaming Lips cover band.

Talk about the process of deciding what songs to cover whenever you are doing a covers album.

It turned out to be a lot harder than I thought.  There were tons of songs we all loved and were considering but finding ones that were not totally dependent on the vocal lines to make them great in the first place was difficult.  We all made suggestions and we all had to agree on the songs to do but compromise was necessary for songs we wouldn’t necessarily have chosen ourselves.  That being said, we were all happy with the final choices and are constantly hearing songs we would like to cover in the future.  Some suggestions elicit familiar groans.

How long did it take to finalize all the track selections and actually record the album?

About 9 months.  We were still making final choices a month before the recording.  My initial list of 10 songs got reduced to 4 that were actually recorded.  Democracy.

You guys are very consistent in the quantity and quality of your output.  What’s the key to that?

Preparation and work.  By the time a record comes out, the initial concept for the album and song writing started at least a year and a half before.  Writing takes at least 6 months before the band starts working on the songs as a group and the concept of the album has been formulated and reformulated all along the way.  The recording process as well as the actual physical release of the vinyl is also planned and ordered well in advance.   It’s a complicated process that requires a great deal of thinking ahead but it makes for better records.  Planning for the next record started last summer and it probably won’t come out until 2022.

Black Sabbath 1973, strictly for the coke.

Hundreds.  How about “Thumb” by Kyuss.

Godspeed You! Black Emperor and any band or musician that pushes boundaries in their songwriting and song presentation.  Anyone that breaks away from the cliché of what a song is supposed to look like and sound like in order to be successful.

“Victim Of Love” by The Eagles.  Big regret that that didn’t make it on to Cloud Covered.

(Leave the questions to me amigo!)

Setting up our stage lighting and smoke and hoping everything works when it’s supposed to.

Drinking on a weeknight.

Austin, Chicago, LA and Pittsburgh.  Not necessarily in that order.

They are all weird. 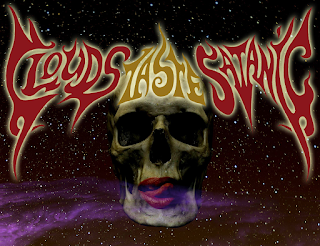 Pick a lane that you love and stick to it like glue until the day you die.

Pelican.  They’ve been around forever and most people take them for granted but they are consistently amazing, at least on record.

Tell me two things that people need to absolutely know about New York.

Everyone who lives here is from somewhere else and it’s better and worse than you expect it to be.

24 Hours.  That’s why my email is ZeroDirt@aol.com.

I have a fondness for Unicorns.

It’s my only podcast.

Unicorns don’t sleep.  They hang out on T-shirts being awesome.

What is your favorite song by Lady Ga Ga?

“Poker Face” because she stutters like Roger Daltrey in “My Generation.” 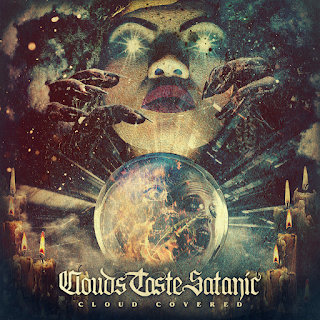 Beastie Boys or Run D.M.C. (if you had to choose)?

I could not live in a world where I was forced to choose.

Star Wars because it has a better villain and I always root for the bad guy.

Since you mentioned it, a Doobie Brothers shirt with a bird on it.  Come to think of it, the bird looks like an eagle which makes no sense since it’s not an Eagles t-shirt although the bird might be smoking a joint which would make sense. I also like my Bongripper shirt but that has a goat.

Jesus, how many questions are there?

(Uhh… stay in your lane… I’m asking the questions here!)

Pulp Fiction or The Big Lebowski depending on mood.

Huuuuuuge thanks to Steve for taking the time to answer my questions.  I appreciate it.  Clouds Taste Satanic consistently impress and that is no small feat.  Please check out their latest offering Cloud Covered.. if for no other reason than the vinyl choices are freaking amazing!