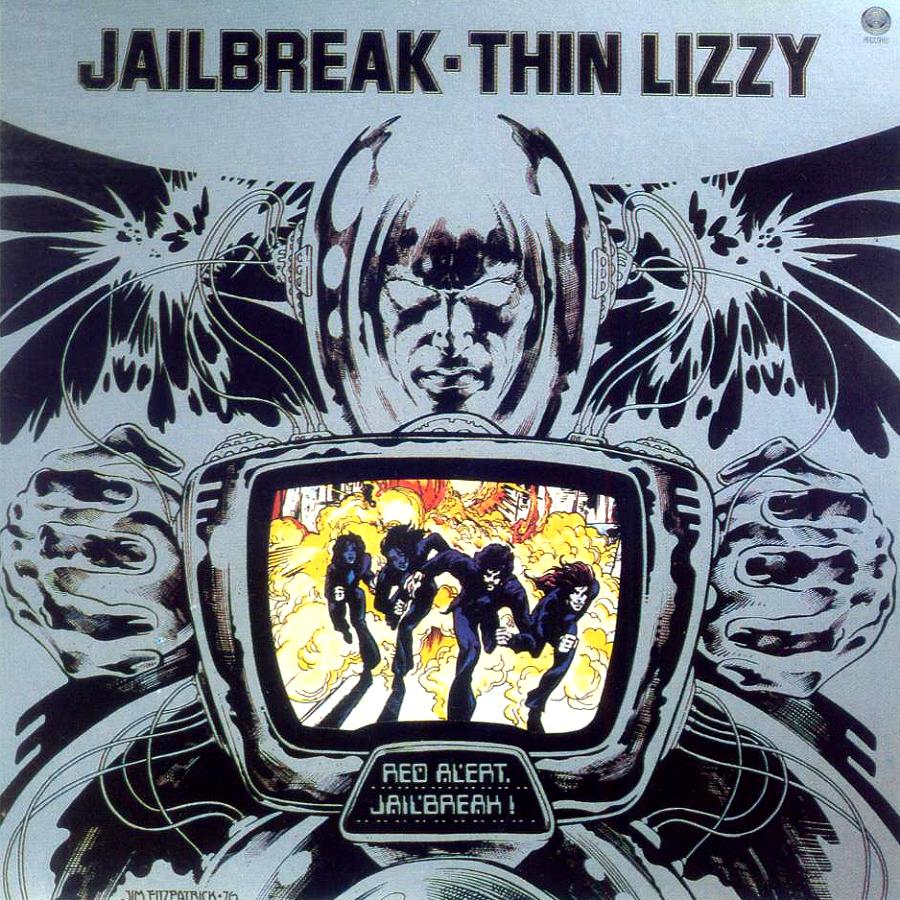 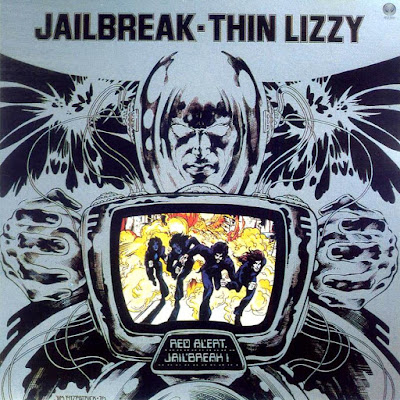 It’s preach to the choir time waveriders!  You all know, or at least the vast majority of you know that Thin Lizzy rocks!  It also stands to reason that you don’t need anyone to inform you of the greatness of Jailbreak.  I get it, you’re well aware.  If you wouldn’t mind indulging me however, I was struck by the need to write about the album after my most recent play through.

I bought my copy of Jailbreak from a CD Warehouse store in the early 2000s.  While I had heard “The Boys Are Back In Town” many times on the radio, the real reason I bought the album was because some of my favorite artists regularly professed their undying love and affection for Thin Lizzy and this record in particular.  Hey, if it was good enough for them it’d be good enough for me too!  I took my purchase home and popped it right into my stereo.

Now if I were a cooler individual this is the part where I would tell you how I immediately latched onto this album, how I couldn’t stop listening to it, and how I bought a t-shirt that states “If You Don’t Like Thin Lizzy, F!@# You!”, but that wouldn’t be true.  I liked Jailbreak right away, but I didn’t instantly love it and it certainly didn’t knock me on my backside with its sheer, rocking power.  No, my much younger self thought the songs on offer were quite good, but it took a long time for me to realize just how enamored I truly am with them. 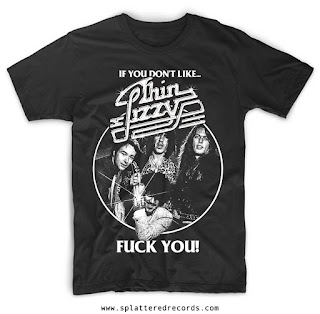 Here’s a simple test anyone can use to determine whether they legitimately love an album.  Allow some time (days or weeks) to pass from your last play through of said album.  After you feel enough time has passed, play the album again.  If your entire upper torso starts gyrating to the music and you involuntarily sing along to every song on the album then guess what?  You’ve just proven to yourself that in point of fact, yes, you do love that record!  Wouldn’t you know it?  I love Jailbreak!

I love the twin guitar onslaught of Scott Gorham and Brian Robertson!  I love Phil Lynott’s resonant voice and the varied methods he utilizes to deliver his lyrics!  I love Phil’s bass playing!  I love Brian Downey’s rock-solid drumming!  I love all nine songs that comprise the whole experience!  I love the uptempo tracks like the self-titled album opener, “Angel From The Coast”, “Warriors”, and “Romeo And The Lonely Girl”!  I love the more relaxed, laid back numbers “Running Back” and “Fight Or Fall”!  Although I’ve heard “The Boys Are Back In Town” many, many times I never get tired of it!  I love that my two favorite songs on the album are the last two tracks!  “Cowboy Song” and “Emerald” are so disgustingly anthemic it’s absurd!

Waveriders I realize that I just used an abnormal amount of exclamation points but in this case they are entirely justified.  Thin Lizzy rules, and Jailbreak is an astonishing work of rock ‘n’ roll power and precision.  My feelings about this band and their music have evolved over time.  Now they reflect the sentiments of that aforementioned t-shirt.  If you don’t like Thin Lizzy, well…you know the rest.  Whether it is your first listen to Jailbreak or your hundredth, this album needs to be a part of your listening life.