We know, it's pretty crazy to think we've been around so long, and we still choose to hang out together and play music.

And it's kinda thanks to you all that we even can, so Thank You!

To celebrate we’re rehearsing new songs for our 8th album – to be recorded in April. We’re making a photo book, and reissuing some classic old t shirts. We’re halfway through filming a documentary and we’ve got festival dates booked - as well as our own tour.. it's going to be so excellent to get back out around the country again, we can't wait. More dates will be added but so far we're looking at:

The tour is being co-presented by Sound As Ever - Australian Indie 1990-1999 and we're going to be inviting another local 90s band to play with us at each gig.

We'd love to see you, it's been too long! 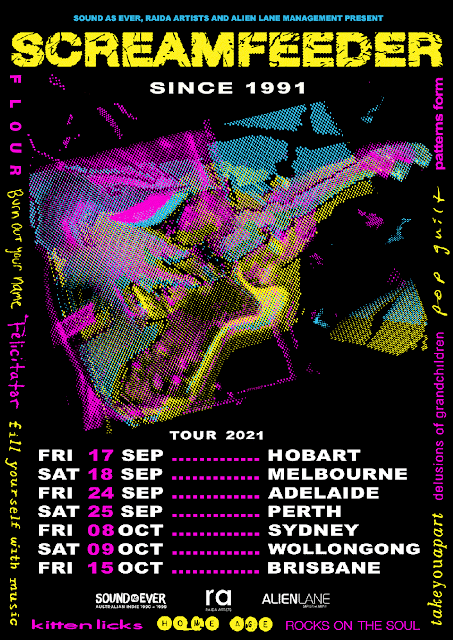 This is the long blurb Tim wrote for our 30th year..

As 'The Madmen' we'd been sending out crappy demos - and delivering them in person - to record labels up and down the country for 18 months, to generally poor response. To get a great recording, and get it to the right ears, from so far away (Queensland) all just seemed too hard. We knew no-one, and literally nothing about how these things worked.

Then someone gave us a hot tip about a studio out in the Badlands.. Inala – where you could get a great sound for the right price. (Thanks Mick!) We gave it a go and recorded 4 new songs, and began cassette-dubbing and posting one more time.

Then at home in Heussler Tce in Paddington one night we got a call from Survival Records in Sydney. They’d been passed our demo by the guys at Waterfront, and they liked it. I (Tim) was on the phone, covering the mouthpiece to relay what I was hearing to Tony (Blades, drummer) and our girlfriends, all of us wide eyed and not actually believing what we were hearing. They offered us a (very conservative) $1500 publishing advance, and an album release both in Australia and Europe. We were ecstatic.

“But we think you should get a new band name”.

Tony, Kellie and I scoured everywhere we could for new band names, with multiple brainstorming sessions, and a visit to the old state library to explore obscure dictionaries and reference books. It was all fruitless, and eventually we descended on “Screamfeeder” in the spirit of the one-word band name trend of the time.

In October 1991 we re-christened ourselves officially with a typed press release, faxed to Time Off and BUMS Magazine, and some fluoro stickers we placed over existing bios and on venue toilet walls “The Madmen are now SCREAMFEEDER”. Within a few months we’d played with Evan Dando and Fugazi, done a bunch of local shows including the Nirvana “after party” at Funkyard, and recommenced recording our debut album Flour.

Everything happened quickly; we didn’t have time to look forward or back, focusing only on the fast-moving present. The 90s were a blur of constant activity, the noughties were a weird and windy decade, the teens a celebration of what we still had, realising it had become our lives.

Who could have guessed we’d be doing it 30 years later? Who could have predicted that all the ups and the many downs, the good and bad decisions, the friendships, fights and failures, everything would bring us to here. Happy 30th, us!

To celebrate we’re rehearsing new songs for our 8th album – to be recorded in April. We’re making a photo book, and reissuing some classic old t shirts. We’re halfway through filming a documentary and we’ve got festival dates booked - as well as our own tour *fingers crossed. It’s going to be a big year, get on the bus.

Be in our film!

We told you we're making a film for our anniversary year right? 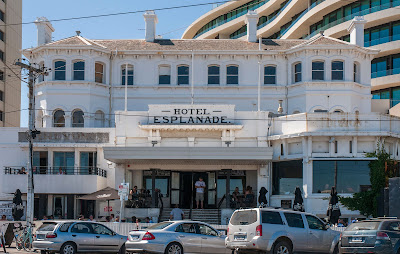 If you'd like to be in it, and you have a great Screamfeeder story, moment, memory or insight, and you live in Melbourne, and you're not camera shy, email us back with a 2-line summary and we'll pick the best ones! This is happening soon, don't miss your chance!