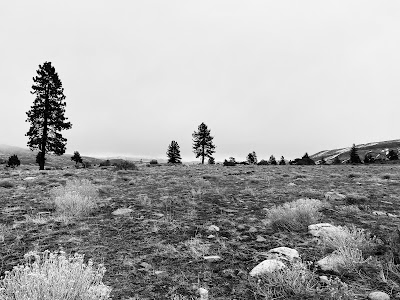 Once again, another week featuring albums on pre-order, wishlist items, that I’ve whittled down to under 200 recently, and items I’ve been spinning on my turntable already. It’s a beautiful time to be alive in the realm of recorded music. Hoping the live music is just around the corner.

Kicking things off right off the bat with an album I’ve only heard the first two cuts available, but I’m familiar with the band and quite a fan of their proggy kraut rock style layered with a driving bass line, intense rhythm and kaleidoscopic energy. Pretty stoked to hear the full album. It’ll be out on February 28th. Vinyl orders available here.

Mesmerizing rhythm, rumbling tone, and cosmic energy give this bad boy a seat at the heavy-psych meets indie-blues table next to bands like All Them Witches and The Devil and the Almighty Blues.

I predict this one to be one of the greatest indie rock / soul albums out this year. Her warm, vivid vocals sweep across the cinematic and psychedelic at times atmosphere with poignant lyrics and catchy melody. Not my typical go-to genre but damn, if this isn’t spectacular.

This one is on pre-order and based on my experience of all their past material the half and half vinyl was instantly pre-ordered. With the purchase you gain access to 5 of the 10 tracks. The lead single ‘Shakin’ Off The Rust’ is an undeniable blues anthem with a kick ass video already gaining momentum to be one of 2021’s biggest poppy blues albums.  The Blue Stones exhibit a powerfully engaging spin on modern blues rock.

If you’re active in using the Bandcamp mobile app such as myself, you’ll see their featured picks that are updated regularly on the Home tab of the app. I enjoy checking out stuff that I normally wouldn’t find on my wall where music supported by the fans I follow shows up. The featured section is predominantly electronic and pop stuff it seems, but there is always good stuff such as this album by Olivier St. Louis. I snagged the vinyl edition within minutes of hearing the smooth R&B/Soulful grooves. Totally worth checking out.

Where has this band been all my life? The Pacific Northwest I suppose, cranking out a super progressive post-punk infused garage rock. I found them via the promotional pipeline with the heads up on their brand new upcoming album titled ‘Earth III’ which I haven’t been able to put down since downloading the files. The album is to be released sometime in April I believe and until then, chew on this prior album from 2019 and lose your shit just as I still am. Reminds me of two of my favorite rock bands who have a heavy utilization of the horn, Spidergawd and Coogans Bluff. Check all their stuff out including the new single Choom Wagon and a couple more tracks off the upcoming album and tell me you aren’t ready to hit the order button. Wow!!!

Another pre-order I have been hovering over the purchase button for some time. Reed Turchi seems like someone I will eventually own all the records in the discography. He’s got another album just released called I’ve Chosen Love, which I just started spinning. This one in particular just seemed cool in the fact that I myself have an infatuation with the arid desert landscape. "Creosote Flats" is a limited edition of 100 numbered, autographed vinyl. Each record includes a deluxe, high quality 20 page booklet featuring photos by Mark Klett, paired with lyrics of each song, and liner notes by Peter Turchi.

Sweeps me off my feet with its cosmic ambiance, mumbled yet divine vocals, and cathartic atmosphere. Hard not to deny the attraction to this Oakland-based americana stalwart.

4 thick cuts of fossilized fuzz raging with carnivorous tone and barbaric blues. I’ve always had a hard time choosing a favorite dinosaur and these 4 tracks make it even harder. Pure paleoriffic gold!