A Ripple Conversation with Esteban 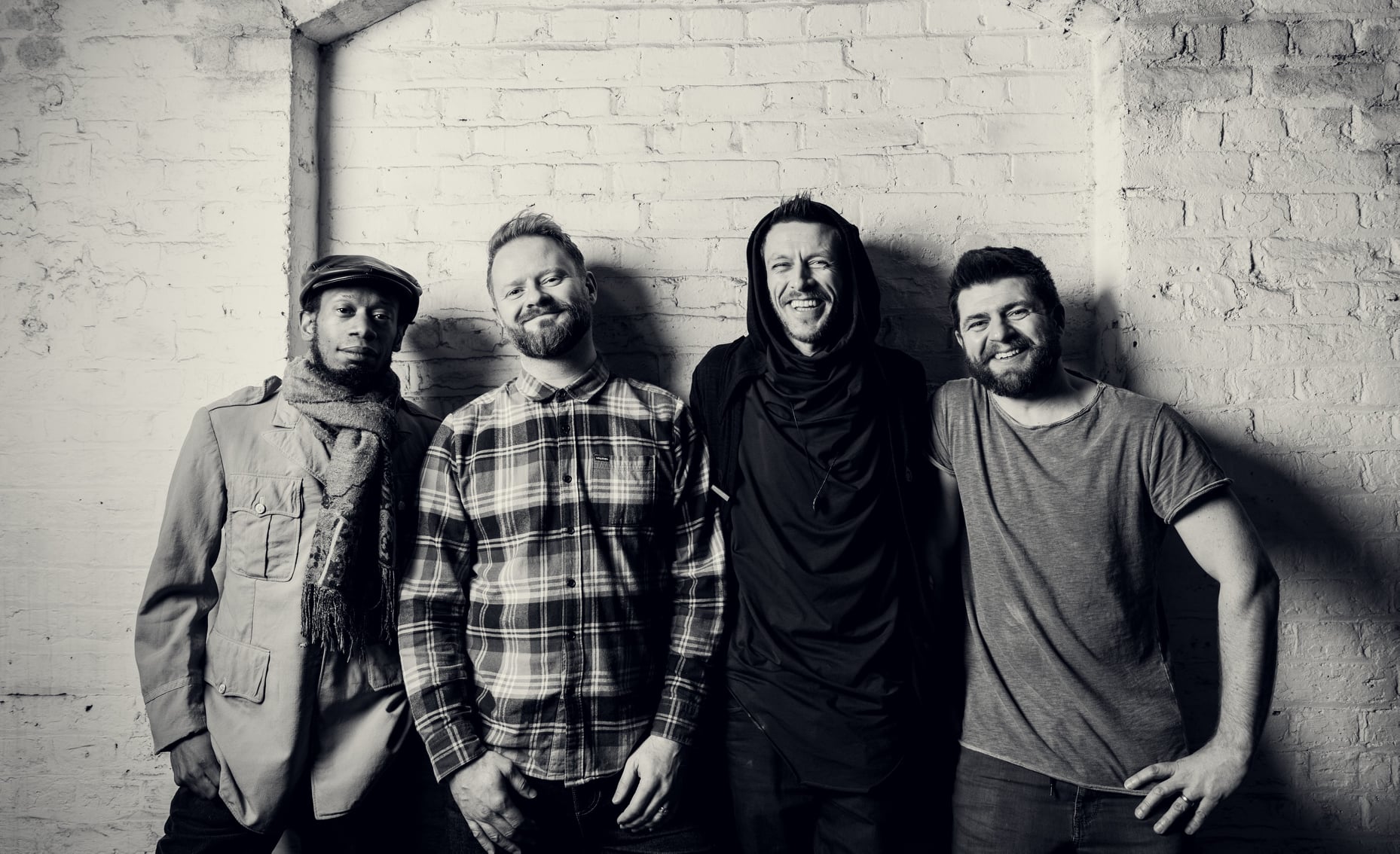 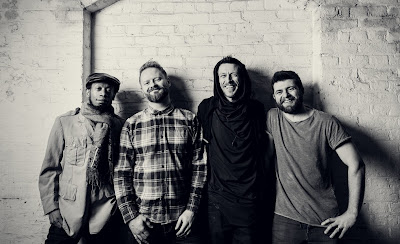 For me it was with Golden Brown by The Stranglers. It wasn’t the first song I heard from them but it certainly pricked my ears up, it still does. As a 10 year old I became a member of their fan club and, in the Christmases and birthdays that followed, I received many a present from my family including rare footage of erotic dancers joining them on stage in Guildford or tour journals detailing brushes with the French law - little did thay know what punk was! Even at that young age I was transcribing the words of Hugh Cornwell imagining I was viewing what he saw.

Talk to us about the song-writing process for you. What comes first, the idea? A riff? The lyrics?

When Liam (guitar) comes up with new music, he generally brings 3 or four parts to the table which flow and interconnect in a sonically nice way. The lyrical concepts are usually written up prior to matching with the music. It’s quite usual for us to bring a number of ideas to the table quite quickly and make a rough demo which we then communicate via WhatsApp.

How does it all fall into place?

The tracks will sit a while to prove before we start jamming on the ideas. A few run throughs and the song starts to jostle into a groove; the smiles tell us if we’re close.

Bowie, he was a pioneer of music and fashion. his biggest influence on me was that he always did his own thing, consistently performing at the top, pushing the boundaries all the way to the very end. RIP.

Personally, I tend to go backwards in time. Take jazz for instance, I can’t honestly call myself a musician if I haven’t done my homework. Who was Tony Williams and why was he important? Was Bitches Brew the beginning or the end? There are so many great players who were/are largely forgotten when jazz seemed to enter it’s, perhaps continued, hiatus. However, we are so lucky that so many jazz artists recorded over and over again; there are some absolutely sublime albums that are still making their way onto the latest formats, and many that will always remain rare.

We’re technically based in Derby but the truth is, we live all over England. Let’s say Manchester bass and Derby guitar meets Somerset vocalization over Dorset lyrics. That said, as a band we have never tried to fit in to a particular genre, we coined the term ‘Desert Funk’ to describe our sound and it stuck, it’s the sound that we have always made when the four of us get into a room, funky bass and drums, four-part harmonies with a bit of Latin guitar thrown in. Sometimes we’ll rock out or lay it in the pocket or perform a ballad, but it’s always got this Esteban thing, it’s a groove that makes you move. 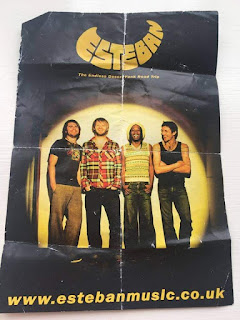 The name comes from the cult 80s series we all watched as kids; The Mysterious Cities of Gold. Esteban is the central character who stows himself away in a merchant ship headed to the new world in the 16th century. The name fit our mission of exploration and adventure, seeking new experiences and knowledge.

Ha, it might be sad to say but, I do this once a week. Perhaps it stems from The Stranglers days but, I still find it so useful. Hmmm this week let’s go for the Philly sound, Teddy Pendergrass, especially after the accident… when he had a different power entirely.

Well I can’t remember all 315 gigs to date but, there was this one time a lady clambered over my drum kit mid-song to kiss me or lick my face to be exact, and her teeth fell out… I remember looking down and there they were, by my kick pedal!

We love the live thing, it's our bread and butter and we lived for it back along. We start the party hard, we take it to them, and we end on a high making sure nobody leaves talking about anything else. It's a cliché to say that the best shows we ever played were sharing the stage with the likes of Dizzy Rascal, the Zutons and Gomez when actually some of the best shows were intimate, when you can literally feel the heat from the crowd, they're that close.

Belief. If it comes from the heart; there is little that can’t be understood. If you don’t get a song, don’t give up on it, great songs are like your best friends, they are always there to comfort you in your time of need, so give them time and space as they might also be the songs which celebrate life best. Whatever ingredients you think are in the mix; when you break it down; often they just aren’t quite what you think. It takes something extra special, something deep in the soul of the act that makes a truly lasting gem.

Blimey, that was 25 years ago! We were an instrumental three piece in the beginning without too many vocal lines knocking about but, I think the first song we ever recorded in a professional studio was called Streets of Rage in 1997. 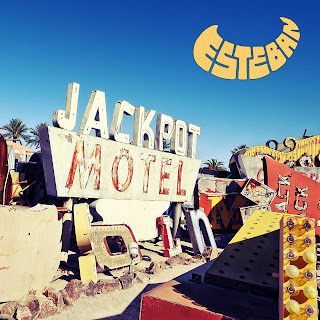 I think Still in Time from our first album stands out for me. It was such a personal track about a very complicated situation which we were all so connected to, including our fans. We actually jammed it the other day for the first time in years, it sends goosebumps over the skin just thinking about it. It’s just got a life.

Beck is still innovating, still pushing and searching. That can sometimes be your downfall in terms of stifling your art but Beck just gets stronger. Sonically, few artists present the level of quality like Beck.

I gotta say, I love a CD! We did a run for our latest album Jackpot Motel almost because there might not be too many more chances to produce something physical. I just love unwrapping an album, not quite knowing what you’re in for, then watching it slowly disappear into the player in the car… Crank it up with the windows down… what’s not to like. I still buy Black Sabbath albums solely for this purpose!

I’m teetotal now having drank quite enough on tour to sink a battleship. We used to have our own drink mixing Guinness, rum and Jägermeister in a pint glass… and there wasn’t much measuring going on. I don’t recommend it kids.

I did have a pleasant surprise when, in need of a clutch for my hi-hat, I drove to Rattle and Drum, Derby https://rattleanddrum.com/ only to find Martin was still running the shop… I bought all my kit from him whilst we were in our formative years so it was simply great to see he was still an independent. I know what you are thinking, this isn’t a new music store but, I don’t know of any?

Sleep. But tomorrow is a good day as Captain Tom Moore would say. We’re still writing and rehearsing, waiting for a safe time to promote our new album Jackpot Motel https://open.spotify.com/album/5UbZehCLMfVD17klFnIEKg?si=tPOxFJiAQteWhbRizwaaZg

Thanks for supporting blogs like this, without you, a whole raft of people would be missing a creative outlet. Music lives in you. We are grateful for your time.