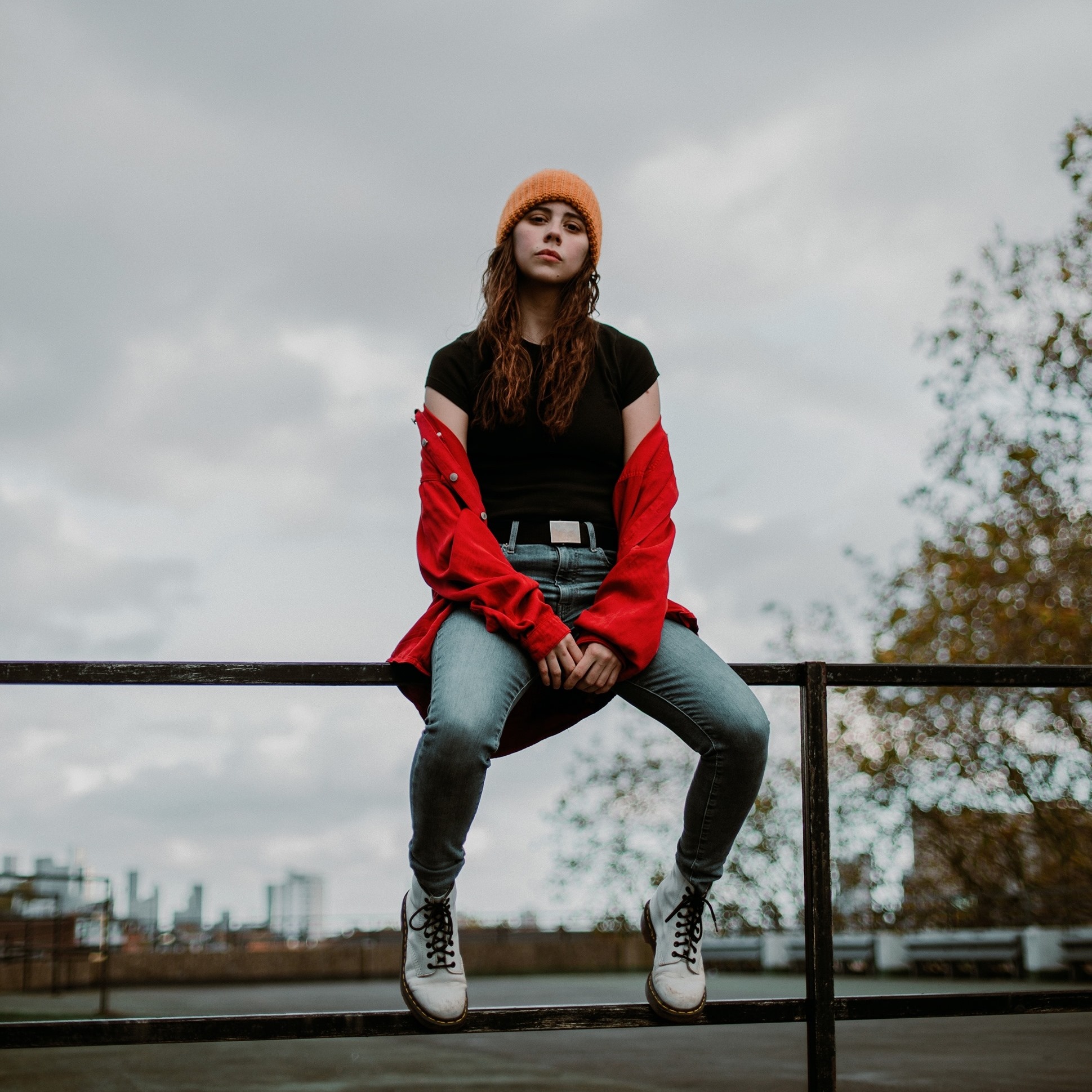 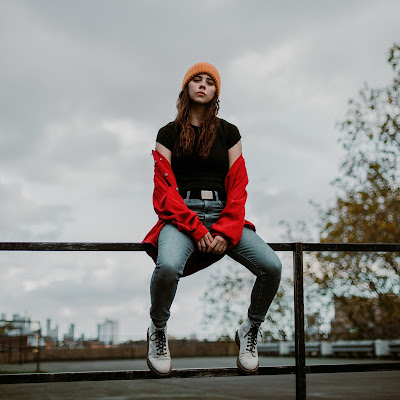 In May 2018, Amanda Palmer hosted a Patreon-only party in London. My mum is a patron, so she got herself a ticket, and I was her +1. It was at a theatre that was showing an immersive production of The Great Gatsby. It was a really cool location, and naturally everything was 1920’s themed. We drank bourbon, danced, and there was of course live music. Toward the end of the night, Amanda Palmer played a very stripped-back set. She played the piano fantastically, and the ukulele slightly less fantastically. It was her ukulele playing that had the biggest personal impact, though. Being pretty instrumentally stupid is a large reason why I felt discouraged to release music. To see her unapologetically playing an instrument that she was only half-good at was pretty significant for me. She was rocking it. Being truthful and poetic. It didn’t matter that she wasn’t being technically perfect. Music isn’t supposed to be perfect, it’s just supposed to make you feel something. It was that night that flicked the switch in me, I think. I released my first song a few months later.

The idea, usually. I’ll slot the lyrics into a melody and then bring the melody to my band. We'll write the arrangement together.

There are so many. There’s no one artist who’s influenced me in every way, either. I suppose I began singing when I was first introduced to Evanescence and Paramore - so Hayley Williams and Amy Lee are big reasons why I sound the way I do. Though vocally, I also adore Steven Tyler, Shannon Hoon, Alanis Morissette, and even Sia - though I think my perspective on art and music has been shaped more by the punk and hippie ethos. People like Patti Smith, Janis Joplin, Jimi Hendrix, The Beatles, The Clash, etc. In recent years, I’ve become fascinated by more production-based, commercialised alt-rock and really value artists like Twenty One Pilots, AWOLNATION and Imagine Dragons. So, yeah. There’s a lot.

Spotify, I suppose. Social media. New art is super inspiring. Though for lyrical content, I usually look inward at what’s going on in my life or in my head - or outward into the political or spiritual. 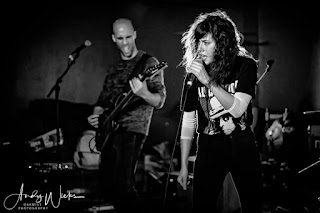 My full name is Skye Deva St. John Bennett. I’m an actor, and have professionally gone by Skye Bennett since about 2004. So, I figured I could go by Deva St. John for music! It’s still me, there’s just a clear distinction between me as an actor and me as an artist.

It would've been cool to have a song on The Craft soundtrack. That soundtrack rocked. I had the CD when I was a kid - I listened to it all the time.

I would write a 1,000 word essay on the song We Appreciate Power by Grimes and HANA. It’s a great commentary on simulation theory, the future of technology and how it's likely to completely reshape society. You can’t exactly tell whether the intention of the song is antagonistic or not. To me, it does seem more like a satirical worship of AI than a literal one. The mix is too sinister-sounding. It’s a great song.

I don’t really have anything major or hilarious to share! The opportunity for mischief hasn’t really presented itself. I fake-smashed my ukulele at the end of a set once, but it’s too expensive to replace. I’ll real-smash it as soon as I can afford to get another one. I real-smashed a broken iPhone at the end of The Information Age once! That was very fun. I keep asking people if they’ve got an old, broken phone they don’t want anymore. I like smashing shit up on stage. 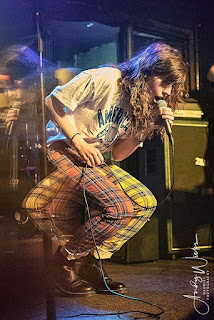 Playing live is the best part. I love it. I love everything about it. Not being able to perform in 2020 has sucked big time. I feel like I’m in a cage. A big, enthusiastic and engaged crowd! There’s nothing quite like it. It’s been interesting to meet other people with CF too. I’ve met a couple people who have come to see the show, or have just randomly been there. They mention they know someone with CF, or even have it themselves. That’s very cool - though not a particularly good idea to hang out together in a hot, sweaty and crowded room! I was thinking - if word gets out and more people with CF come to my gigs, they should probably come with a doctor’s note or something. We can make sure to position everyone far away from each other and meet afterwards - wearing masks!

Authenticity. Doing something because it’s natural to you. It doesn’t have to be a song about you to be authentic, it just has to have a genuine, artistic intention. Not superficial one. When your song is an obvious cash grab, I tap out. It’s boring.

There’s nothing out there that I’d wished I’d written. The original artist is what makes a song brilliant. Though there is a lot out there that I wish I could do something similar to. There’s a ton of albums I wish I performed on. Literally all of my favourite albums.

I’m particularly proud of my next release, actually! The lyrics are really cool.

Up and coming people! Nova Twins are fantastic, Calva Louise are fantastic, Ecca Vandal is fantastic… I’m also super into what Bring Me The Horizon and Ronnie Radke / Falling In Reverse are doing. They each made great music back in the day - but lately they’ve been bringing out some of the best music they’ve ever written. (In my opinion.)

I’m a millennial, all of my music is digital. That said, I do have a record player and I love sticking a record on. Especially on a sunny day. It’s true, the music does feel more “alive” and natural in that format. It’s like a part of the air. It’s a bit too clean and crisp coming out of a laptop - though that definitely does work better for certain genres. 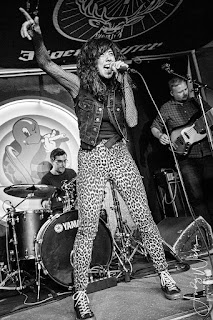 Beer is like rat piss. I actually really like whiskey! You can mix it with less gross stuff and it’s a lot smoother than beer. Plus, you get trashed much faster.

Well, I’m personally from the Reading area - but most of the band is from Oxford, so we meet there to practice. There’s a great place by the O2 Academy Oxford called Truck Store. It’s a great shop, and I hear they support the local scene quite a bit.

Demoing new stuff! I’m aiming to get back into the studio asap. I’m also hoping to shoot a music video at the end of February.