A Fistful of Questions With Gaia Guarda 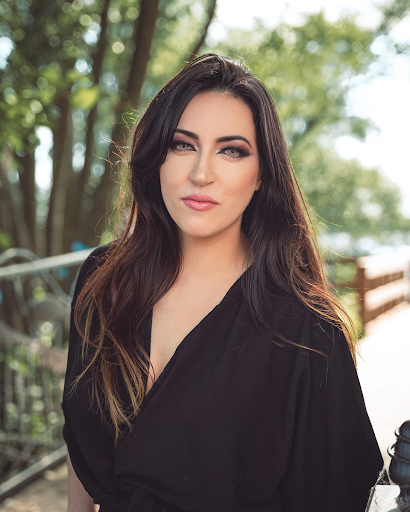 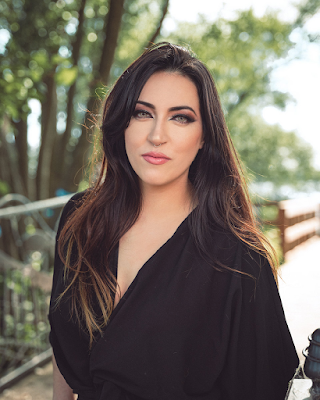 I prefer to go by Gaia Guarda.

Gaia, it was given to me by my little brother when he was learning to talk. I prefer not using my real name because it gives me a little more privacy :)

I'm currently the main singer (and harpist) of the metal band Uriel, I also have my own thing going on under my own name.

I started playing the flute when I was 7 years old. We had a special music program at school that was available to students that had good grades. The first time I heard the flute, I felt like it was the most beautiful instrument in the world. I played it for a few years before switching to guitar, then piano and finally the harp.

I was 3 years old, my dad, a trained classical musician, would make me sing scales on the piano to work on my understanding of music. He would make me turn my back to the piano and ask me to identify the notes. I was not really good at it, but the more we did it, the more it would get easier.

My first official band was Sanguine Glacialis, I was in that band for like a year in 2012. There were a lot of conflicts in the band, and I was fired.  It almost made me not want to join my current band,  Uriel. I felt really burned out after Sanguine.

When Uriel asked me to join, I told them I needed at least a month of no music to be fully ready to make a commitment to them. Which they agreed, and I've been with them for almost 8 years now.

Tell me about the genesis of your solo project.

I kinda had a fake band before this project, it was named The Chrysalide Project. It was basically me not having the courage to call it a solo project. 4 years ago, I decided that I was ready to take full responsibility for my art. I know it sounds really silly, but it was a huge deal for someone as shy as me. I felt like I didn't have a thick skin enough to go through all the process of taking full ownership of my songwriting. I released my first debut album under my name back in November, and wasn't as bad as I had feared. We are our worst critics!

What inspired the name Anatomy of Fear?

When I was writing the album, I came to realize that fear was a huge motivation for me. I felt that everything that I was doing was related to fear. The more I worked on the songs, the more that theme was recurrent for me. Fear of not going anywhere, fear of not being loved, fear of not being enough, fear of stillness. It was everywhere, I felt like the best way to address it was to make it visible. We are all afraid of things, it drives us, pushes us, it can be a bad or a good thing. We give fear a bad reputation, but I think that it's actually not a bad thing to have in your life if you understand how to use it at your advantage. I use my fear to motivate me to be a better version of myself. I don't let it control me, but I give it enough space to motivate me to work towards my goals. I'm afraid that my existence in this world is meaningless, so I try to do all I can to be kind to people so I can be a positive force in their life, it gives meaning to me. 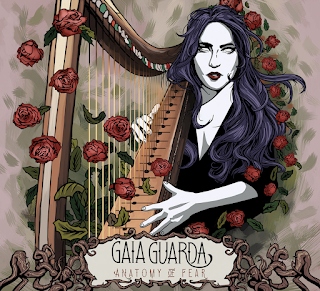 How long did it take you to write and record Anatomy of Fear?

It took about 6 years, I worked two jobs to have the fund to pay for the best quality I could afford. I also did a crowdfunding that really helped me fund what was left to do last year. Thanks to all the generosity of my fans, I was able to release it in November. I think that if I hadn't done the crowdfunding, the album would not have been out that quickly.

I would love to be the third voice of Depeche Mode. They have always been one of my favourite bands and I think harp in their songs would be amazing too!

One day the only butterflies left will be in your chest as you march towards your death.. by Bring Me The Horizon (FT. Amy Lee), I would probably have a shorter name for that song though! I cried when I was listening to it the first time, I couldn't remember the last time a song had touched me that intensely.

What are some of your non-metal musical inspirations?

Björk, Depeche Mode (again ahah), Nirvana, Loreena Mckennitt, Sarah Mclachlan, they have all had a big impact on my music.

What’s a metal song that you'd like to do a cover of?

Anything by Katatonia, I was working for fun on a cover of Lacquer when their last album came out. I feel like a harp cover would be really interesting.

I opened for Lindsay Schoolcraft, she's such a great musician (and overall person), she was incredible live and made me want to work more on how I speak to the crowd.

Do you have a favourite venue to play at?

I haven't played a lot outside my hometown of Montreal, but my favourite venue so far is Les Foufs. It's one of the oldest venues still operating, I've played there like 5 times, and it is still my favourite.

I stretch a lot, I run a lot on stage and I made the mistake of not stretching once, I will never do it again. I ended up in the hospital thinking something was wrong with my appendix.

I haven't toured a lot unfortunately, but I love meeting fans that I have spoken on social media. It's so much better to be able to put a face on someone's handle!

The bathroom at gas stations, they are terrifying! 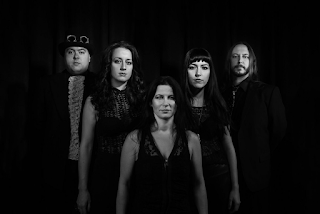 Is there a city that you would love to hit while on tour?

There are so many! I would love to tour Europe, London is on my bucket list for sure!

We randomly stopped at a museum of wooden birds once, it was.. interesting ahah.

I was 17 years old, big into Evanescence, Linkin Park and all the 2002s nu metal classics!

Don't believe every person that contacts you from a ''label''. Do your research and contact the bands on the label roaster. A lot of people make money from musicians, not everybody wants good things for you, be ready to defend yourself because you are worth respect.

5 days when I was backpacking on the west coast! I was disgusting, but I had a great time, even slept on the beach one night and under a bridge another night.

I'm fluent in three languages, English being my least comfortable one!

What t-shirt are you wearing in the GhostCult Magazine interview?

I was wearing my band's t-shirt, it's our album cover for Multiverse.

How to learn how to stand up for yourself or How To Stop Being Shy!

What is your favorite song by Adele?

Tough question, I've never really listened to her. I will go with the one about burning rain... Set Fire To The Rain?

They don't need to sleep, they are magical creatures! 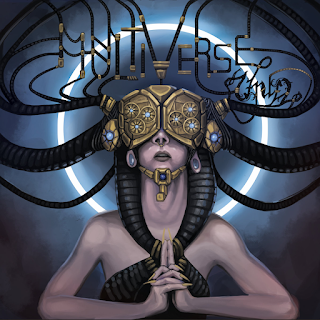 Arcade Fire or Nickelback (if you had to pick one)?

Arcade Fire because they are from Montreal too and some members went to the same university as me!

Star Wars I think, but the older films. I don't care much about the newer ones.

I'm currently wearing a t-shirt from a Montreal band, Fall Of Stasis. It's pretty cool. There's like a monster on it!

Pizza, I could only feed myself with pizza if I let myself do it.

Eva Luna by Isabel Allende, it's a really beautiful book that I read every 3-4 years.

Evil Dead 2, I watch it every year!

Vespertine by Björk, big big influence on me when I was a kid.

Thanks mucho to Gaia for taking the time to answer my questions.  I appreciate it.  Be sure to check out both her solo project and her band Uriel.  Her solo album is a quite remarkable listen.