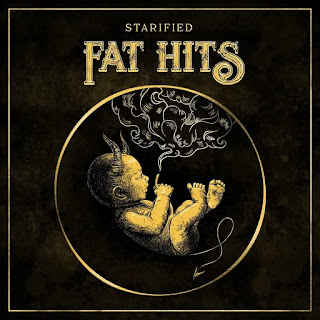 Taking the world by storm with their latest album "Fat Hits" released earlier this year, Starified now release their latest video, a live performance of the song "Scapegoat" from the new album.

Here's how the band says it:

"We present you our live performance of "Scapegoat" - the opener from our album "Fat Hits" released by Ripple Music on January 15th.

Seems like this song gets more attention than the others and we decided to film it. Just as any band we get our inspiration from all kinds of music from heavy metal to classical and it seems that we decided not to strictly follow any specific genre and just to trust our feelings. This song in particular has a dark Sabbath feel in it and we thought that a black and white video would highlight the general mood of this composition.

We also added an intro to "Scapegoat" which you will not hear in the album version of it, so enjoy this exclusive premiere and remember that no matter how hard life hits, don't let it make you a scapegoat."