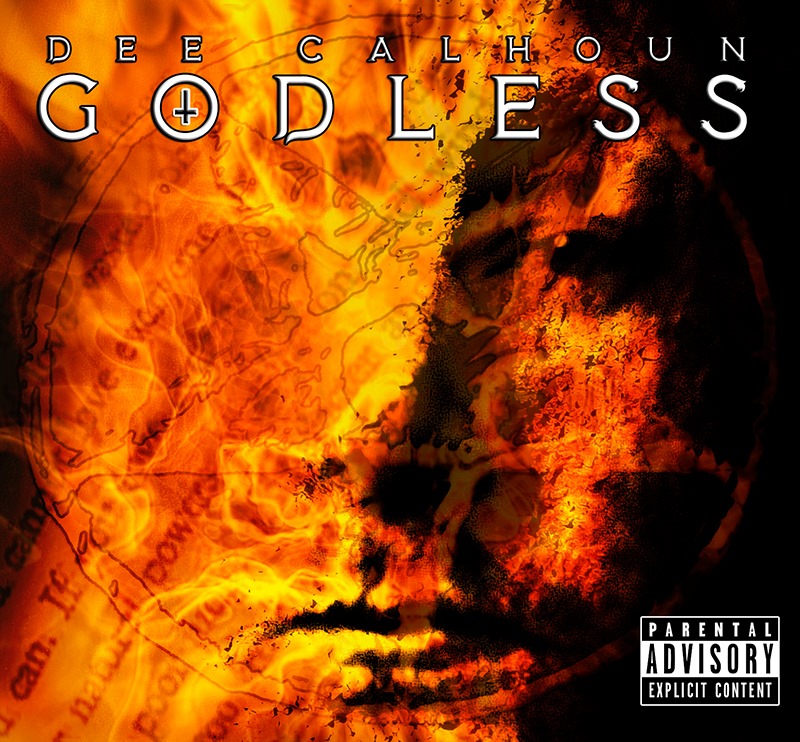 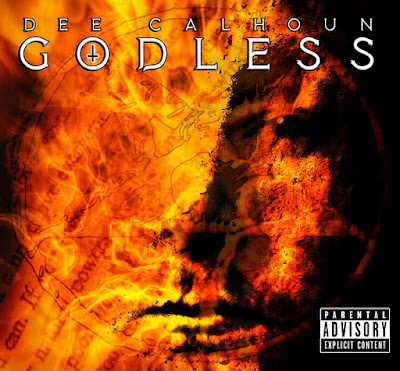 The man with one of the strongest set of pipes in the business is back with his third solo album, 'Godless'. As before with 'Rotgut' and 'Go To The Devil', Mr. Calhoun keeps his endeavors largely acoustic and you can't really ask for more. Musically going down this avenue differs greatly from his regular ventures, lyrically, however, his words ooze with anger, fury and disappointment with such potency like it does when Dee composes. Don't get me wrong, Dee has a sharp tongue as it is but for this recording he must have worked the whetstone hard, because the bite is ferocious and it cuts deep. Personally I wouldn't want it any other way.

What stands out the most on ’Godless’ compared to his two previous solo albums is the dominance of delta blues. It was present before to a certain extent but this time it permeates the songs a lot more, which makes it a lot more cohesive. Also, the lyrical content on offer works so much better going down this path. Lyrically, Dee doesn’t hold back or spare any punches but at the same time he is thoughtful and considerate and these two polar opposites heightens this album even more.

‘Godless’ is Dee’s most cohesive solo effort so far, and that says a lot since ‘Rotgut’ and ‘Go To The Devil’ are pretty damned good. As with most recordings out there, this one has some songs which stand out more to me. ‘Here Under Protest’, ‘Godless’, ‘The Moon Says Goodbye’, ‘Hornswoggled’, ‘Spite Fuck’ and ‘No Justice’ epitomizes what this album is and stands for. Social injustice, heartbreak, worry and fear for your children’s well-being, religious bigotry and narrow mindedness is brought forth the way only Dee can do it. Brilliant, absolutely brilliant!

As always, Dee is joined by his longtime partner in crime, Lou Strachan, on bass guitar as well as his son Rob, whom, apart from singing, also handles a lot of percussion parts. Meghan Randall plays flute. And if you listen carefully you can hear guitar parts from the late great Al Morris.

I shouldn’t be surprised since I know what Dee can do, and I’m really not, but at the same time it’s a joy when someone whose music I like releases such a magnificent album. To me that means that a band or artist, in this case Mr. Calhoun, is still on point and has a lot to say and perform music with substance. It feels like that trait is so rare these days since we live in a “go-go-go”-era. Personally, that give me hope for the future. Great stuff, indeed!