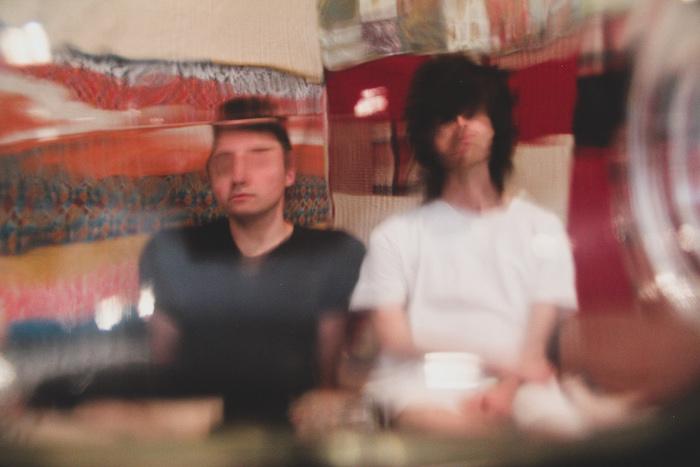 A Fearful Leap Into The Dark out November 20th 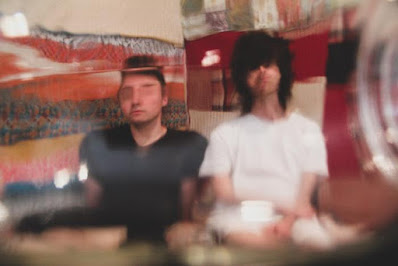 With a penchant for unconventional indie-pop and an atmosphere of brotherly love surrounding them, Dizzy Spells' debut record is the amalgam of multi-instrumentalists Taylor Stover, Tyler Boyd and Brayden Deskins, bound together by a weird sense of humor, the occasional Lagavulin, and deep camaraderie.

After nine years on and off in multiple Bay Area-based bands and eleven years of being best friends, Dizzy Spells crystallized around the three musicians' pop sensibilities with left-of-center quirkiness and love of found sounds. Taking inspiration from their favorite artists across all genres (Glass Animals, Still Woozy, and Dirty Projectors come to mind), collaboration is paramount for them amidst a world of uncertainties.

"It's a little self-explanatory, but A Fearful Leap Into the Dark means that you're taking the plunge into the unknown and you're not necessarily eager or courageous about it," Deskins says. "Now that we're thinking about it, maybe it was a form of self-therapy and comfort to have these familiar sounds scattered so thoroughly around an album that was so dense with somber, negative, anxious feelings."

Their upcoming album may reflect anxiety attacks, feelings of displacement and uncertainty, but AFLITD is only confident and colorful in its pop mastery. Writing from a dilapidated, cramped cabin in Calabasas, Deskins, Boyd and Stover scrapped and refined over 30 demos for AFLITD. Their debut sees the group combining the best of indie-pop with dashes of noodly guitar flourishes, lofi hip hop production, and found footage samples.

A Fearful Leap Into The Dark is out on November 20th.