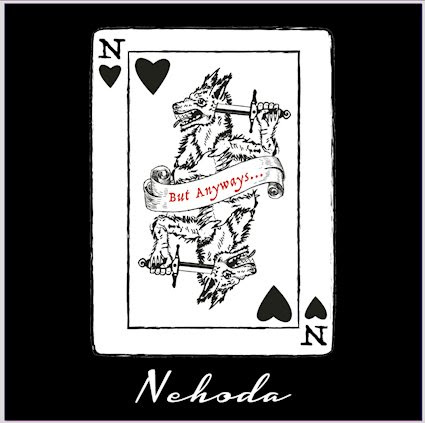 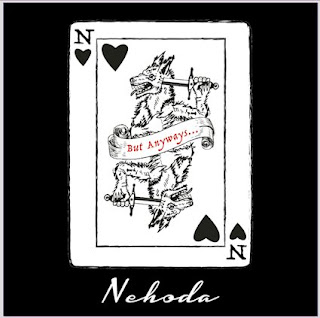 Take a stroll through rock n’ roll. Marvel at its origins and where we’ve reached, during a span of several decades. Nehoda is certainly well aware of the path traveled. After originally playing solo, band founder Patrick Nehoda finally found his voice after meeting drummer Jeremy Gill and bassist Grayson Papa. The band shows reverence to many genres, from grunge to Americana and blues, from good ol’ rock n’ roll to 90s alternative rock. Its title,But Anyways, may seem flippant, but there is heartfelt sincerity in the trio’s writing and playing.

Patrick Nehoda is a rocking chameleon -- his guitar playing shifts effortlessly from mean riffing on opener “I Don’t Know” and “Afterglow,” through the Doors-esque blues of “Devil’s Bitch,” the alt-rock catchiness perfected by Dinosaur Jr. on “Shakey Pop, to the tender melodies that form “Please Don’t Go.” The last of these tracks, which rounds out the record, recalls Radiohead’s classic “True Love Waits” in its simplicity yet devastating effect. Drummer Jeremy Gill and bassist Grayson Papa balance their respective roles perfectly. Gill knows when to let loose on his kit and when to leave it understated, while Papa lays down a solid foundation on which the melodies are constructed.  Patrick had been playing as a solo artist for eight years before this band's current incarnation, but it wasn't until he teamed up with Gill and Papa that the music truly found its voice. 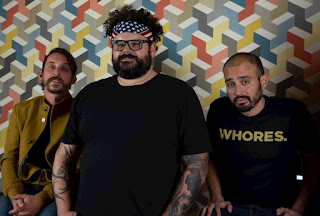 And indeed, master story teller Mr. Nehoda has some yarns to spin against this new musical backdrop. Whether Faustian pacts on the already-acclaimed “Devil’s Bitch,”questioning someone’s authenticity in the title track, or wistful nostalgia on “Walk Away” (a choice lyric: “The promises of our youth keep fading, like your favorite pair of boots they keep aging.”), there’s a line for everybody to connect with. His voice has the right amount of grit and soul, both out in full force on the emotive “Just Another Season,” as he wails “Why, why do I even try?” upon discovery of an unfaithful partner. A powerful song that no doubt sounds even more incredible on the stage -- and they’ve certainly been making their way around the US and UK/Europe already.

All in all, Nehoda provides the perfect soundtrack for many activities -- beer sipping, reminiscing, highway driving, and dancing among them. The album’s many parts are made into a well-crafted whole. But anyways, just listen to it.

Email ThisBlogThis!Share to TwitterShare to FacebookShare to Pinterest
Labels: nehoda