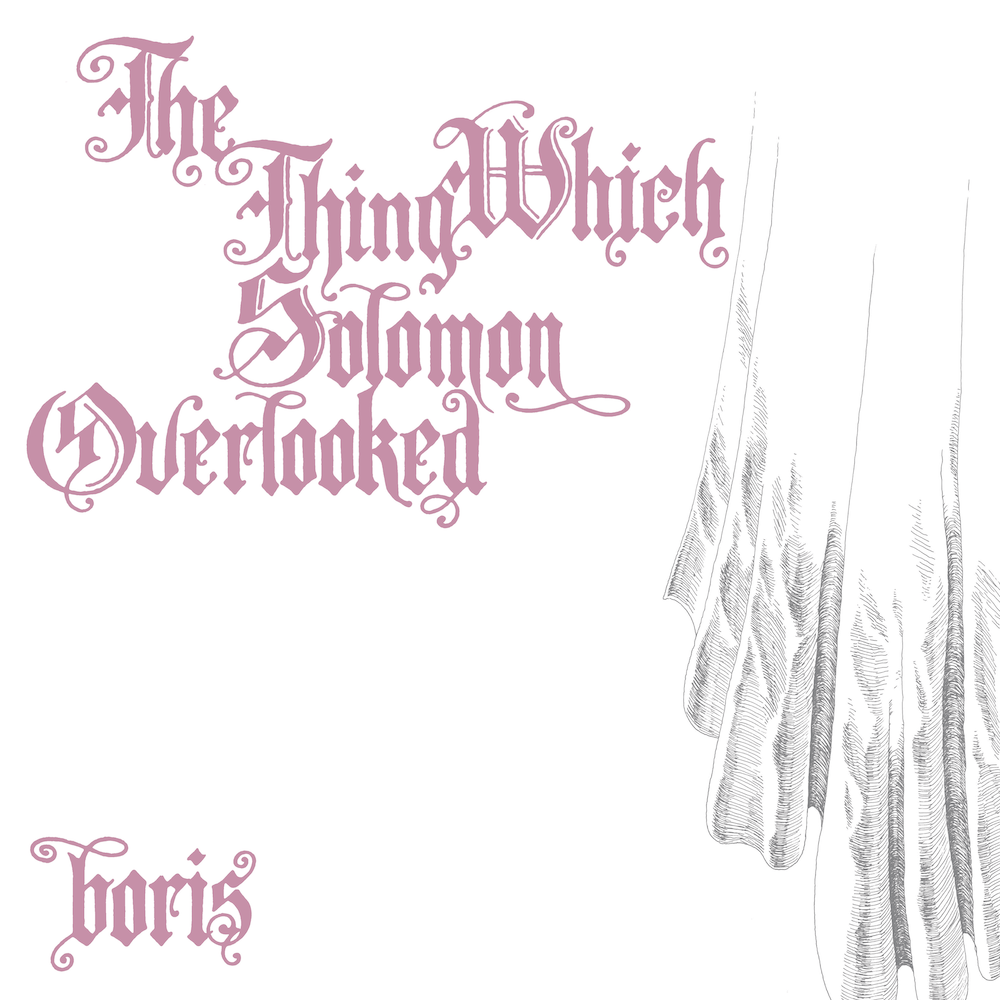 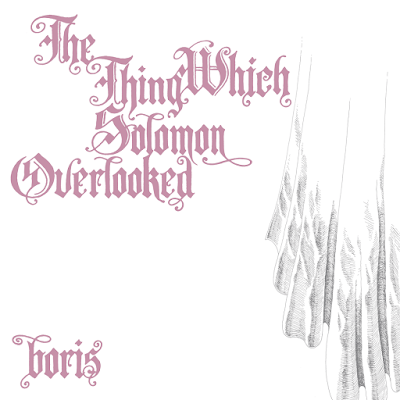 "Japanese metal luminaries Boris have announced an ongoing archival series, culling various rare and out-of-print releases from the band's past." - Consequence of Sound

It has been known that Boris distinguished the direction of their works by the expression of their name, either in all capitals as “BORIS” or in all lowercase as “boris.” The second series for Bandcamp release is the thing which solomon overlooked, which is exemplary of the sound designated by the lowercase distinction. The series includes “1” “2” “3” and “extra.”

The works in this series were created at the time with a concept of “one brush stroke.” Rather than aiming at a vision of the completed work beforehand, this series started as releasing material just as it was created out of an organic process; from the instant resonance broke out from sound, a neutral stereo image was contained as it was. Boris also carried out the recording themselves, trials and experiments that continued in between tours when they could get into the studio. While these works could be said to be an originator of drone metal, they are also a great diversity of experimentation, a map trajectory of trailblazing range and method of expression, and can be said to be a scene of Boris’s workshop and the laboratory of their pursuit of sound.

Among these recordings, there are multiple compositions that have seen variations on other releases. Works from the lowercase representation have been put in action as uppercase BORIS, forming a counterpart and giving a peek into Boris’s process that continues to move forward. They are a band that is often said to change their sound with every album, but filling in the gaps, the key to unlock the secrets to the origins of each album could also be found.

Presently, as a result of COVID-19, playing live or going on tour has become quite difficult. During these times, many people accessing these recordings on Bandcamp have become a great support to the band. Please take this opportunity to listen.

Solomon “1”,”2” and “3” were released limited to vinyl only from 2004 to 2006 by European labels. 2013 saw a remastering of these to CD format, and at that time a new full album “extra” was added, and then released as the 4 disc “chronicle” box set. The original vinyl releases were pressed in extremely limited numbers, and at the time they were only sold directly from the labels or at live shows. Even among works representative of “boris,” the series has become quite rare and valuable.

Solomon “extra” was a new album recorded in 2013, comprised of a mix of precisely composed pieces and catchy songs. This work also contains the experimental approach characteristic of the lowercase “boris” period. Unraveling a clue into a recent release, participating as guest vocalist on “howl part 1” and “howl part 2” is Seiichirou Morikawa, whose vocals are also present on Boris’s recent collaboration with Z.O.A, “Refrain”. Michio Kurihara, a member of Boris as support guitarist at the time, also participated on these tracks. An extreme release traversing the realms of both J-Pop and Noise, this album could even be called the most experimental of the Boris catalogue.

The artwork for the series comes from one simple drawing, but actually a lapse of time was drawn in each piece, amounting to an animation work through the album covers that is unparalleled in this world.

boris - the thing which solomon overlooked 1

Originally released in 2004 by the Finnish label “Kult of Nihilow”.

boris - the thing which solomon overlooked 2

Originally released in 2006 by the Belgian label “Conspiracy Records”.

*1. カレハテタサキ (karehatetasaki) -no ones grieve part 2- is an instrumental (no vocals), different from the 2008 “SMILE” version.

boris - the thing which solomon overlooked 3

Originally released in 2006 by the Belgian label “Conspiracy Records”.

*3. カレハテタサキ (karehatetasaki) -no ones grieve part 2- is a different version from “the thing which solomon overlooked 2” as well as the 2008 “SMILE” version.

On the occasion of releasing the remastered CD’s for “the thing which solomon overlooked” 1,2, and 3 on March 20, 2013, this work was added as a new album to the full series, a 4 disc set given the title “the thing which solomon overlooked chronicle”. Limited to 2 vinyl colors, clear yellow and wine red, 1000 copies were released together with a “chronicle” box from Minneapolis, USA based TAIGA Records.
(First released on CD March 20, 2013)

michio kurihara: guitar on track 3 and 7

seiichirou morikawa: vocal on track 3 and 7

*6. ディスチャージ (Discharge) -grave new world- is different from the version found on the bonus disc of the Japanese release of NOISE (2014). 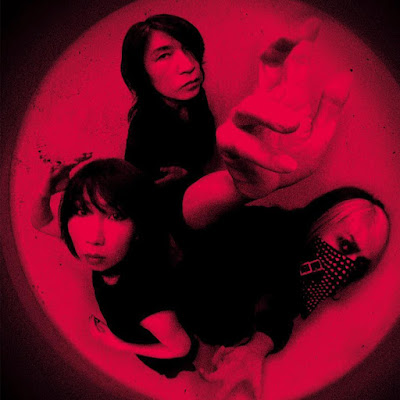