A Ripple Conversation With Tommy Keeling Of Minatore 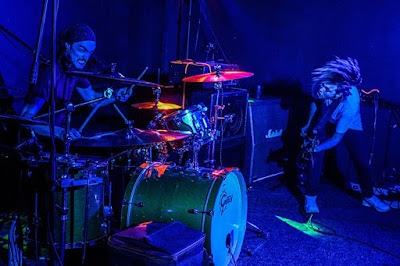 Like yourself, KISS was a big one with Alive 2, but also ZZ Top and their videos, in my early years. I then moved into grunge and Brit pop and then post punk, so bands like Sleater Kinney, Reuben, My Vitriol, smashing pumpkins, Dinosaur Jr.

Sometimes it’s when Morgan brings a beat, sometimes the songs write themselves and it’s more like I’m trying to translate something really fast into a riff, sometimes a verse.

I’ve been lucky enough to play with and for a lot of talented people, I think that they have inspired me the most. Along with the bands we get to perform with. Healthy Junkies, Witch of the East, Haggard Cat, Diablo Furs.

Like I said before, the people around me! Their projects are so cool and DIY. A Void, Arch Femesis, YuR MuM, Weekend Recovery, there’s countless others 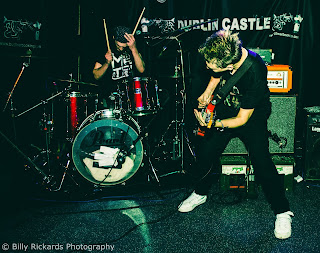 I’m from North Nottingham, I don’t think you can grow up where I did and not have it have influence of you as an adult. I would imagine my love for angry riffs comes from that.

MINATORE means Miner in Italian. It’s a tip of the hat to area i’m from, which was all constructed around coal mines.

A horror movie that’s not been made yet. I used to love listening to soundtracks of movies, I discovered so many artists that way.

Wow, one song when my brain is like a continuous juke box of every song I’ve ever heard. Probably Yankee Rose by David Lee Roth. Haha

MINATORE is a wild band live, but we’re pretty chilled people offstage. Maybe Morgan  asking a promoter for some petrol money and reluctantly being handed a crumpled £5 note. 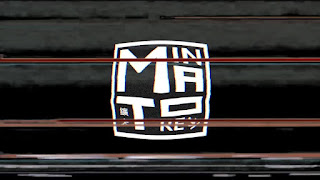 Playing live for us is everything, we love the moments on stage where we get everything perfect, and it just feels amazing. Seeing people in other bands singing along to your music and inspiring them to play even harder than they already do

Something that’s catchy I guess. As much as a song can be good because of its content, I think the moment you hear the song is important. The context of it. We really have fun making complicated things sound as simple as possible.

What one single album do you wish that you'd writen or performed on, and why?

Oh wow. Well there’s an album by Nico Vega from 2009. I wish I wrote all of that album and I wish I was playing in that band at least. Really cool tricky breaks, smart melodies.

Boys Tell Lies, I wrote it extremely quickly about rape culture. Although I worry it will get missed as being against guns. I’m against both.

Jamie Lenman, I’ve been a big fan from his Reuben days. He releases a lot of music, and it’s all diverse. It could be heavy, or it could be delightful.

I’m going to cheat and say Vinyl with a digital download code. I love Vinyl, but it’s not as easy to share with friends. So it’s good to get a digital version on your device to play. 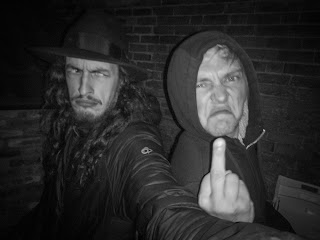 Beer in the morning, whisky after noon.

Rough Trade Nottingham is one of only a tiny amount of shops selling music. So start there and catch any band playing in the evening too.

We have a video for the Hour coming up, and hopefully have a few more songs out before the end of the year. Doesn’t look like any shows will happen.

Really appreciate, please check out the artists I mentioned.