A Ripple Conversation With Made Of Eyes 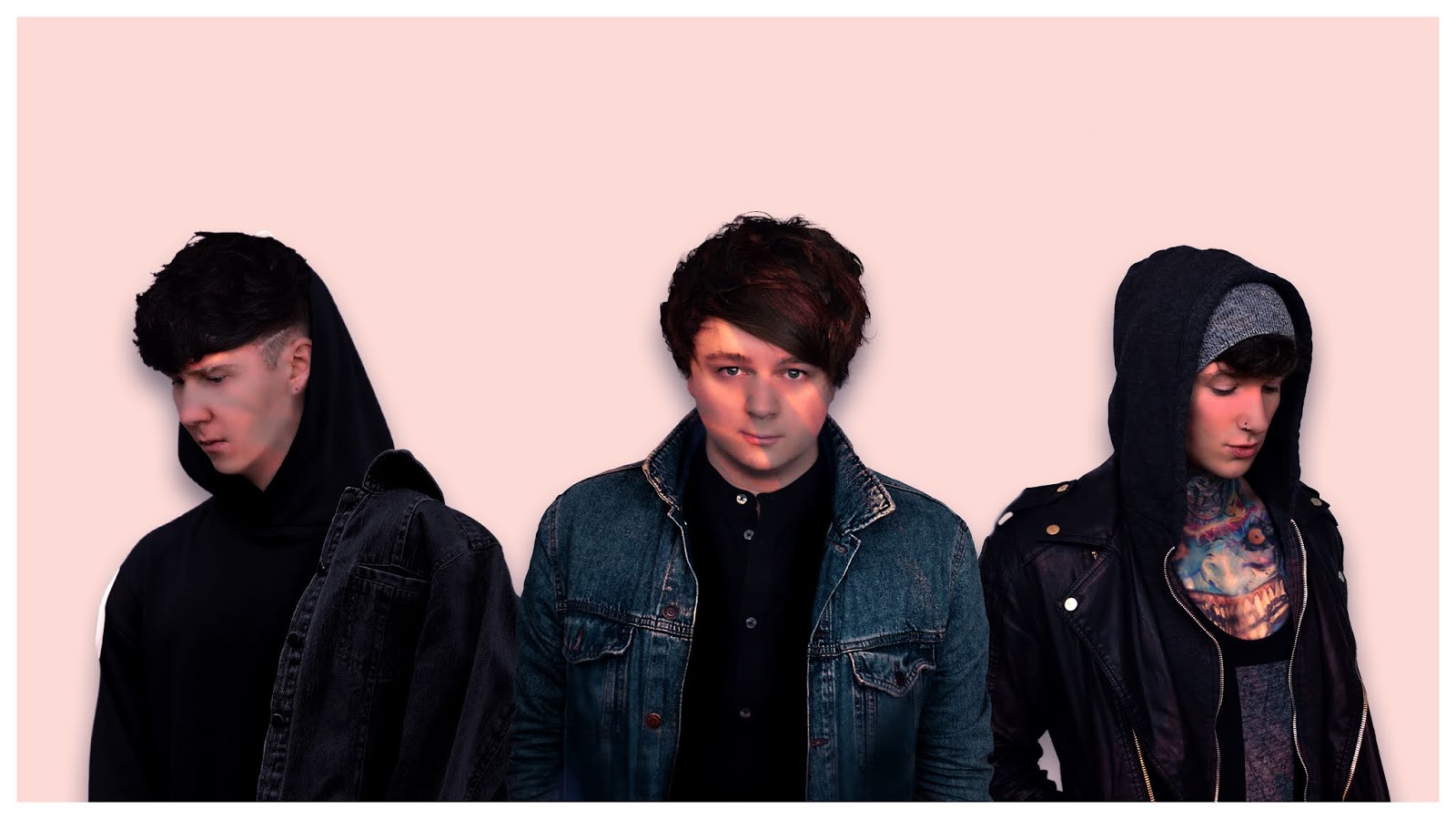 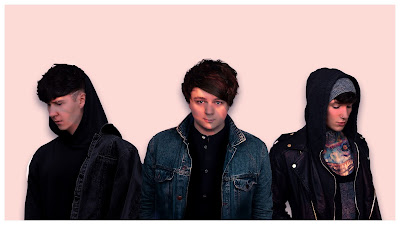 We all have a hand in the writing and (interestingly) it can sometimes range from things such as: pitching to each other lyrics; melodies; recorded demo sessions; and then we’ll all work off of what’s being pitched and each other. Other times can be situations where someone presents whole songs, already there (musically/lyrically) and conceptualized. Because we all have an individual style of writing, we’ll come away with such a wide variety of songs. It’s really refreshing for us and changes things up from time-to-time. We’ve been experimenting far more now that we’ve got a handful of singles under our belts, with a little more unusual tracks—giving more freedom to try things that are sounding a bit more “risky”.

Couldn’t ever put it down to one sound/artist that inspires us the most and I think the likes of our new single is a great example of that. The song started from piano work and its vocal lyrics and melody. Having such a soft chilled lounge/soulful thing happening—inspired by the likes of Jack Garratt and how he incorporates piano into his sound, adding with his samples as he plays, then loop and play guitar. Just an insane amount of talent there so I guess you could say he inspired the song in a more piano based direction for sure. Then it was at the point of taking that concept into the demo stage of things, heavily inspired (at that point) by looking back at Kanye Wests ‘808s & Heartbreaks’ album, throwing heartbeat percussion sounds, soft snares and low sub kicks that you’d find in songs like of: Love Lockdown; Heartless; and Welcome to Heartbreak.

We really have such a wide range when it comes to influences. In some cases—it’s easy to say our obvious ones would be from the 2000s pop rock era, but there are some that are far away from that genre (sometimes not even a song), bits of inspiration and sounds that are so unusual (in connection with our band), inspiring from the smallest (to biggest) of decisions in our music.

We are a project from Glasgow, Scotland and Hugely proud of the countries music scene. It is such a great thing to be a part of. Heavy hitters like: Lewis Capaldi, Emeli Sandé, Saint Phnx, Twin Atlantic, Biffy Clyro & Paolo Nutini to name a few. And then future artist (growing each day) with such an inviting sense of community—helping each other move forward.

I think (like all band names) there’s such a worry in getting that perfect one. LOADS of different ones are tried out to see what sticks. To be honest… it was only until ‘Made Of Eyes’ got a chance to be tried out—the name actually ended up having more of a meaning for us. Hearing from others about how it “gives off an emotional feel towards things”. Giving imagery towards the likes of a relationship, or as an individual—being that person in life that worries about anything and everything (having that worry of the world watching & waiting for you to make a mistake) just humanized so much for us. It actually inspired us to write our songs in a certain way about our own personal worries—in the hopes that it helps a person out in their situation. 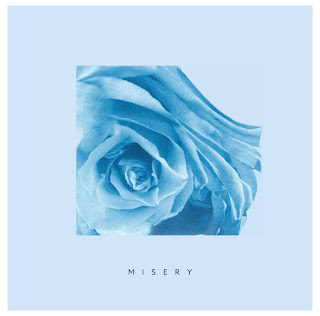 Drive (2011) starring Ryan Gosling and Carey Mulligan. It’s one of them—where the soundtrack plays as a big factor to the movie. Would love to write something a lot more flowing with some weird tones, that movie has loads in there.

Outkast-Hey Ya, on how it is one of the closest things to a perfect single but for reasons that just shouldn’t work when sitting down with a song (on-paper) to begin with, it tweaks so many rules musically, things like: using 4/4s and then a 3/4 in the last bar of the chord progression, but it’s just so easy flowing and inviting from the get-go.

Liam played a festival and ended up having a bra thrown at him, along with underwear landing on his pedalboard… the poor guy didn’t know how to react. He also has a drunken tattoo of a old band name hidden on um somewhere.

We adapt as many as we can, although we do have some “album-like/EP interluded” songs being worked on at the moment, so far—it’s been all of them. The way we’ve been treating our song writing is “the song (on-track) comes 1st and live comes 2nd”. it’s made for some really interesting tracks that we just simply would not have made being cooped up in a rehearsal space—going round in circles and just limiting ourselves to what we’ve got in front of us. It’s a much more refreshing take on translating it to live as well. Gives the audience a far greater reason to come see us live and hear these tracks in a new light.

There’s definitely more than a “black & white” composition to a hit song. I think that’s why there have been such incredible covers out there that outshines the original… and also sometimes not so incredible ones. The artist comes with the song for sure (original or cover) and I think that you need to be good fit for what you’re looking to create.

Ooooh it was bad. one of those ones where it’s about a crush—lyrics like… “you’ve hurt me but I’ll win you back someday, somehow” (insert punching in mid-air freeze frame scene here) sort’ve thing. But you never know, I’ll get back to you about it in a years time and it could be turned into a hit song.

We all have our individual tracks but we definitely hold the same level of excitement in our work for all of our songs. When it comes together as a whole and then (later down the line) recorded in the final mix. There are some songs where we work on individually, and then others as a group that hold more of an emotional attachment over another for sure. The two singles (this year) hold a huge amount of that. We’ve found more of a definition in our sound now and the writing has improved so much from our last group of singles in 2019, it’s brilliant just to be getting better as we move forward.

Hands down… it’s Billie Eillish, her whole album became an upset for comfy chart layouts everywhere, and the song ‘when the party’s over’ is incredible.

Personally, I think downloading music online is great, it means that people can access the music of unsigned bands/artists and making it much more accessible to everyone—giving an artist a much bigger platform. Vinyl can such a valuable thing to have in this day in age though (if done right). It deserves to be treated as a (deluxe) display piece—giving fans more insight into the artist and their work. A recent band that did this perfectly were The 1975 with their ‘I like it when you sleep, for you are so beautiful, yet so unaware of it’ album. The artwork carries through the opening of it with additional information and photographs that they took from all around the world, with the two vinyls being a pastel blue/clouded/see-through tint—it’s a beautiful design and that’s what a vinyl should be. So yeah, if you come across an artist with their “vinyl” and all that they’ve done is make it a bigger version of their CD… ask for your money back.

Got a love for both—it definitely just depends on what I’m feeling at the time and the kind of night it is. Not both at the same time though… that’s been tried & tested on nights out to not go down well.

‘Missing Records’ on Oswald St, Glasgow. It’s nicely hidden away and definitely has a gem or two in there worth looking for. They also support artists to set up and play in-store which is amazing on their part.

We currently have more songs than we know what to do with. Releasing ‘Honesty’ and also another single (that we can’t go too much into at the moment) is our main objective. We are also going back into the studio in a few months time to record two more songs. We hope to get our first two music videos for these new tracks and look back to our current catalog of demos for a possible (Part 1 & 2) EP.

Just that you’re amazing and shouldn’t forget that. it’s easy for all of the self-isolating and uncertainty happening right now to become such a damaging feature to your mental health. People take a dip mentally and that is more than okay—it makes you the most human you can possibly be, but it's also about knowing when to open up to someone. If ur ever feeling at your worst or not making much sense of what you're doing/where you're going, please don’t forget that u can always take a steps back to reassess what's going on, and make the way for saying to someone "y'know what, I'm just not as okay these days as I thought" there are people that'll listen, professionally or not.

Love,
MDOF EYES x
Posted by The Ripple Effect at 12:30 AM