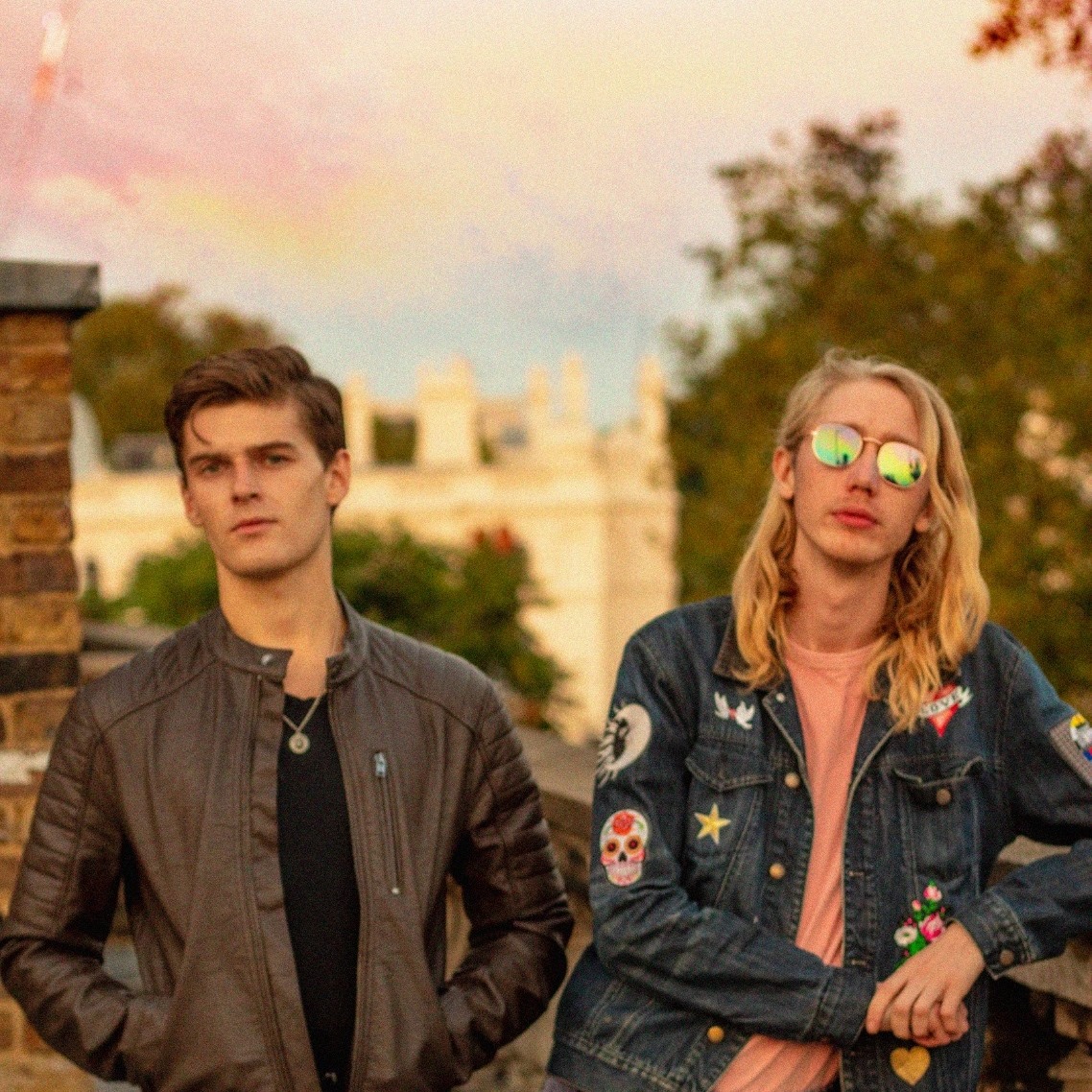 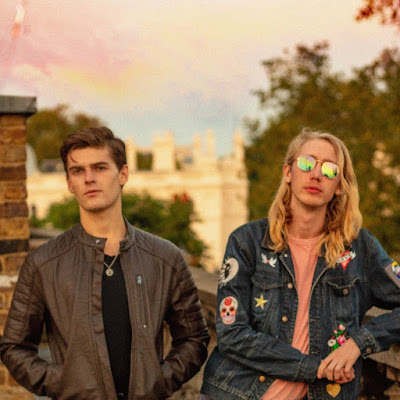 AP: When I was around 7 years old. I heard Bowie for the first time in the car with my mother and it opened me up for a whole new world of music that I had to explore.

TJ: This whole year has been a mindblowing epiphany of self introspection. The events of this period will impact the way I look at life (and music) forever.

AP: There’s no set formula. It may be one of us cooks up an idea... a riff, a concept, a chorus or even the foundation of an entire song. Then together we’ll build from the ground up, with Ted providing most of the lyrical content and me focusing on the instrumentation in the production process while bouncing ideas off of each other throughout. Now we're able to get in a room as a full band again (with new guitarist Harry and Drummer Saif) the process is going to be something different which is really exciting for us.

AP: I’m a huge Bowie fan, from Ziggy to way beyond the Berlin era and even the most recent albums. In terms of bands we’re embedded with pride in British music; the Verve, Blur, Pulp and Radiohead are huge influences as songwriters.

TJ: Can’t argue with that. I guess I’d add Lou Reed and Iggy Pop in that era they were working with Bowie and the likes... That's the ultimate trifecta for me.

AP: Real life experiences. Songs that mean something don’t generally just spring from thin air, there’s nothing better than when you find meaning within a song you adore. Life can be difficult and relentless for everybody… music is a tool to take a bad experience and turn it into something that gives context to the crazy world we live in. This is essential for our understanding. Hopefully this carries across to the listener also. 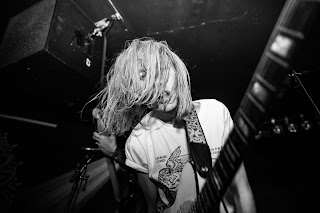 TJ: We were all born & bred on the fringes of London and have gradually moved closer toward the centre pulled by the gravitation of live music. We have felt so blessed to have found each other amongst the melting pot, but this city has a way of magnetising the right people together… Reminiscing of all of the incredible bands we have got to witness before lockdown has fuelled us for this EP, with limited resources have managed to capture that live energy into our EP "Codependecy B.S.T"

TJ: Initially, I had heard a song by The Doors called ‘Moonlight Drive‘, which sounded like a wicked band name…It seemed a little too American pop-punk for the music we were initially making, though…Then Moonlight Honeymoon was suggested…that had too many moons, though (laughs). Finally landing on Latenight Honeymoon, it just had a nice ring to it phonetically, I guess?

TJ: A bond theme tune would be the epitome really… some sort of Alien invasion predator style Bond movie would be an interesting concept to soundtrack…

You now write for a music publication. You're going to write a 1,000 word essay on one song. Which would it be and why?

TJ: Staying on the Bowie theme, let’s go with ‘Five Years’ I think I could write an essay on the Ice-cream Parlour verse alone… Any offers? I’ll take a fiver.

Come on, share with us a Spinal Tap, rock and roll moment?

AP: The funny thing is the genuine reality of that movie. When we played ‘Think Tank’ In Newcastle in October… you have to go through an industrial back entrance to get to the venue. We legitimately couldn’t find the way to the stage before going on…

TJ: To be completely honest it’s hard to remember… It’s been 8 months since we played a proper show. We had all these crazy plans for our 2020 shows in terms of adding a theatrical element to everything (wonder where we got that from???) When full gig’s start happening again that is going on the back burner though. It’s just gonna be an explosion of all the energy we’ve built up missing playing throughout lockdown.

TJ: A great song is like a perfect bond you share with a person. There is an initial attraction that you can’t really explain. That’s the beauty of it. The music is the initial attraction and the story gives it the longevity. You can like a song with only half the criteria. But a truly great song has both as well as feeling like the artist is talking directly to you. 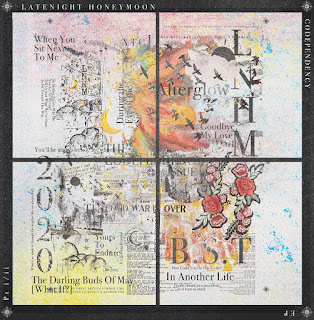 AP: The Verve - Urban Hymns. It’s such a wonderfully heartfelt and thought provoking album, with such immersive production. Not only is it one of my favourite albums of all time, but it goes down as one of the best in history

TJ: Our Debut double EP Codependency is our first ever body of work. It is a collection of songs that has a combined meaning. Before this point we’ve made songs we are proud of. But to have an overall concept that links everything together is definitely our proudest moment musically. If I had to say one track I’d say ‘[What If?] the closing track on Codependency (Part i) BST is a song I’d wanted to write for a long time.

AP: yeah I second that… A personal favourite of mine is ‘Elixir’ which is on ‘Codependency (pt.ii) DST’ released on October 23rd, A 80’s throwback song stylistically with a contemporary feel.

TJ: There is this one band who I just can’t get over, an Australian band called ‘Middle Kids’ who we saw support Bloc Party at Ally Pally beginning of 2019. There was talk of us getting that slot so I was a bit peeved that we lost out on playing my favourite venue (understandably.)  I watched their set wanting to hate it but instead was blown away. Haven’t got their song’s out of my head since…

TJ: Vinyl. Vinyl. Vinyl. CD’s are pretty much obsolete at the moment. Digital just gets so processed by countless filters that something gets lost along the way and falls a bit flat to me personally. Obviously the ability to stream music instantly has its benefits. I’m hoping for a futuristic 3D printer that you can have in your living room linked to some sort of web platform where you can go and buy favourite albums that print in front of your eyes with lossless quality. This way there can still be some sort of physical relationship with music. I can see it pretty clearly. Anyone out there want to fund us to make said printer???

TJ: I’ve drank so much beer over the years I’ve seriously built up an intolerance to it. Heartbreaking. There was nothing more I loved than a Pint on a hot summers day in the pub garden. Forget a hot summers day actually. Just any day. I think I had a problem ha. I can still enjoy some whiskey without any major repercussions though so I’d have to go with that.

AP: Beer works just fine on me! I almost feel bad for you Ted. TJ: All the record stores around us are pretty shoddy not going to lie. If anything we’d much prefer to come to your town and guarantee we’d be able to find some gems in your favourite record shop.

AP: We’re just going to release a constant stream of the music we’ve made in lockdown until this nightmare is over. We just want to get out an play live now. It’s going to be difficult with all the major label acts touring schedule just being nudged forward a year. Who knows maybe if the EP is received well we might end up on a support slot in 2021… Doesn’t look like festivals are going to happen any time soon.

AP: As soon as live music starts happening again go out and support the artists. Buy some merch and make sure to tell the artists how much you appreciate them making music. It's been an impossible time for creatives alike and the world is pretty bleak without them.