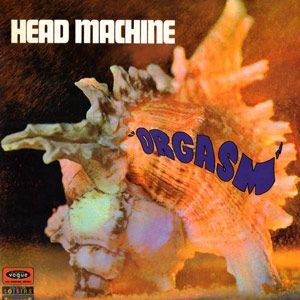 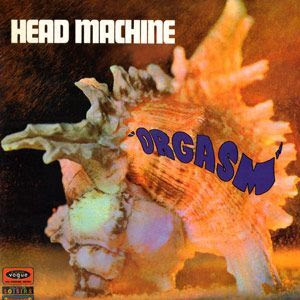 Some albums are a great showcase of the time and culture they were produced in. This obscure 1970 creation involved a man of many shades, Ken Hensley, (pre the gods and later uriah heep) is an entirely different creature. Orgasm is as sweet as it is hard hitting, even the visual album art from the later pressing suggests that. A lot of the lyrical content here is like a wet rag to the face, in a good way! It is very young, honest, and upfront. The opening track "climax/ you tried to take it all" is confident and not here to stuff around. It feels weirdly great to hear someone vocalize about possible sexual misadventure. (Ahem! Looking at you "make the feeling last") whilst making you feel pretty well part of the hot n' heavy sound orgy that is the title track. 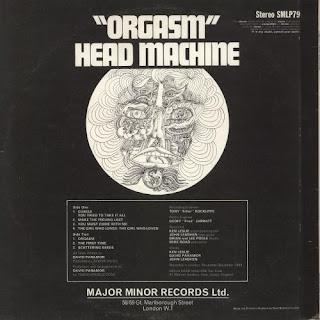 Rolling on from the bawdy sounding opener , a very wavy "Make the feeling last" slides in, to put you in a haze then calmly tails off, then "You must come with me" brings you back into the present with a thud. It's aggressive and urgent intro to this song about erm, a demand, Is almost desperate. Pretty bold stuff, The beautiful contrast though? A sides Closing track, "the girl who loved the girl who loved" is musically very kind on the ears and gently tackles a topic of a scarred woman who seeks love in female company, a less public topic of the time.

The real star of the show here for me is the B-side intro, "orgasm". Hell! I mean, everyone loves one of those, it is probably the least decorated and coded song of the lot. (Come to think of it, most of the titles tell it like it is) The eerie sounding squeal after the needle drop gets increasingly intense and gave me an impression of slight uncertainty, which evaporates shortly after asserting itself into Steady strumming and sharp riffs, BANG! Its got you. You cant leave. It's such a perfect balance of mellow and off the chain wild. True to it's time, it made me keen to torch up a jade cigarette, and suggestively start running my hand over the most available person near me. This song aims to imitate, in its art form, a really good sexual indulgence. With the very realistic and euphoric vocal performance, it succeeds. 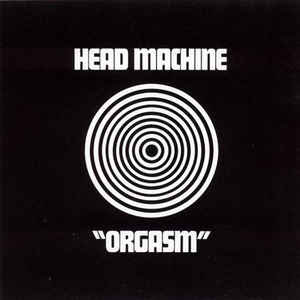 "The first time" follows this ordeal nicely, as it's Melodic and organ enhanced, gives you a chance to get over what just happened. As the closing track "scattering seeds" ended it almost made me feel sad that the heady, sickly journey was over but happy I was there!...until I flipped the disk over again. And again, aaand again.

Sure, its not without fault, but that's all subjective really isn't it? There's no limit as to how many times I spin this, it always gives the same results as it did the first time round - straight up audio pleasure. Nobody actively looks for filler but even so, if you're a fan of obscure early 70s rock, you won't find any lifeless tracks on this sex themed, 7 burner masterpiece.

-Rider On The Storm

Email ThisBlogThis!Share to TwitterShare to FacebookShare to Pinterest
Labels: Climax, head machine, ken hensley, make the feeling last, orgasm, scattering seeds, the first time, the gods, uriah heep, you must come with me

Very good review...will certainly have to check it out!