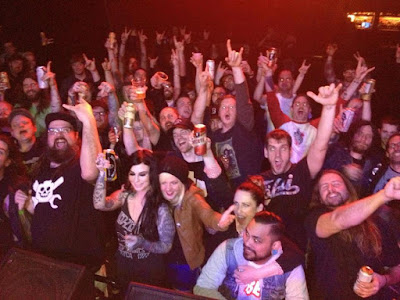 This is a website, and by some weird extension a label that in many ways exist as a celebration of stoner rock and its magic. There’s a lot to love about stoner rock, a lot of layers to pick apart and enjoy. From my position both as one of the dudes at Ripple Music and with my band advice Instagram, @Bacons.Bits I wanted to dig into three things that make the stoner rock scene so valuable.

While there are obviously countless things that help to make stoner rock special I think there’s a few core elements that really matter. First and foremost is that it’s a great launch pad for a variety of types of rock band. Furthermore I think that the strength of the community should never be underestimated. Finally – the type of demographic is important to consider and very helpful.

3. This Is Where Rock Bands Can Launch!

There are a few types of rock bands out there, but what I have found is that one of the best places in the world for rock bands to grow is within the stoner rock scene. In no other place are you as likely to find so many fans of heavy rock, no matter what form it takes.

See this is a hugely interesting thing within the scene to me. Stoner rock has come to broadly encompass anything from more traditional stoner rock a la Devil To Pay to stuff like Elder which has gone full prog or even bands like Howling Giant or Wizzerd which are much proggier. The thing is, this is a rock scene that is welcoming to a lot of types of bands and lets them grow.

2.  The Community Is Key

A big part of why this all works is the community. I’m not just talking about the community of fans who go to shows either. Stoner rock is a genre that is disproportionately loud on the internet much to our benefit. There are labels much older and with bigger bands than Ripple that don’t have half our socials. Why? Because the stoner rock community really makes a point of supporting.

Furthermore, I think the fact that much of the stoner rock scene comes from folks who used to be in the hardcore scene means that there are some really great ethics going around. This means that bands are looking out for each other and sharing a mutual set of all important DIY ideals.

1. Our Demographics Are A Strength

So on some level the fact that this is a genre that largely targets an older demographic is huge for us. Why? Because older people tend to be a lot more financially stable than people in their 20s. Which means that there is more money for records. On top of that, having a strong presence for the genre in Europe is great as that’s where people REALLY buy records.

That being said, while these demographics are a strength in terms of economics, I do sometimes worry about the lack of diversity in the scene. While the community has opened up a lot to women in recent years, stuff like the SMOD debacle really serve as a reminder that as a community we still need to be better.  However I’m confident we are going to all grow.

In brief.. stoner rock is an an amazing, fun and very broad thing. The fact that it can bring in so much is incredibly valuable and the fact that it can speak to so many people is amazing. I think this scene has
years still in it because it is a heavy rock scene more than anything else – and the world needs that. 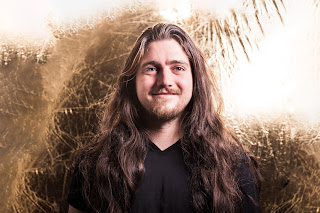