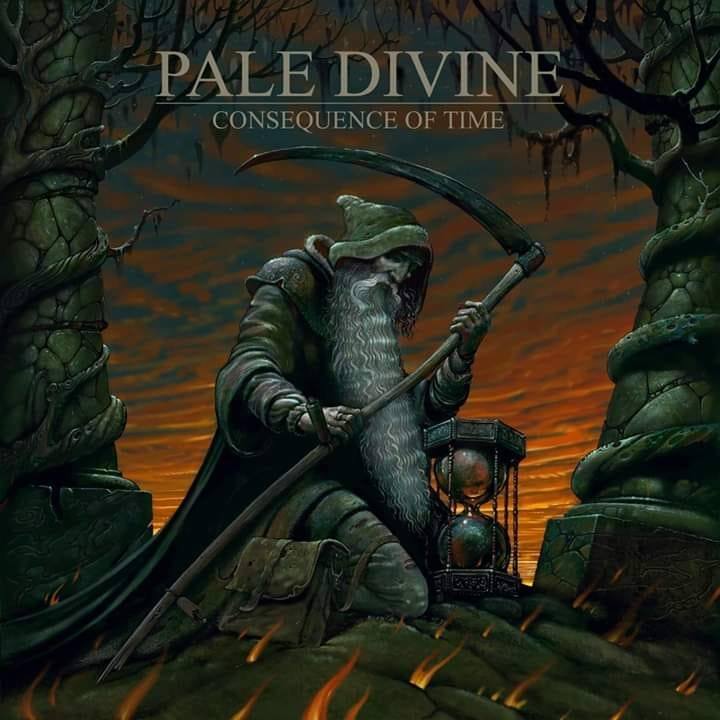 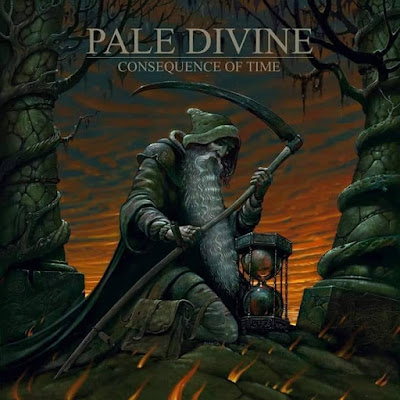 Alright, the air of anticipation around me is so thick you can cut it with a knife and it's very hard to contain myself. Why, you ask? Well, one of my all-time favourite bands are back with a new album and a new, expanded lineup, so naturally I am excited beyond words. Don't think there are enough words in the English vocabulary to describe the level of elation surging through my body and mind as I'm about to embark on the first journey through Pale Divine's new creation, 'Consequence Of Time'. But before we take off there's been a change within the camp, or rather an addition. This actually happened shortly after the previous album, 'Pale Divine' was released with the multi talented Dana Ortt joining and now he finally makes his Pale Divine recording debut, adding so much to the music with his singing and guitar playing.

So, what is going on with ‘Consequence Of Time’? Well, first of all it is Pale Divine at their finest. The music is so well rounded, impeccable and perfectly executed while being so amazingly free-flowing, unrestrained and experimental. Another rather important feature is the partnership between Greg Diener and Dana Ortt. They take turns handling the lead vocals as well as dueting and the same goes for the twin-axe attack. Like Thin Lizzy for instance, they take turns firing off blistering solos or going on mind-bending double runs. This alone has heightened the band’s sound immensely. While all this is going on drummer Darin McCloskey and bassist Ron McGinnis lays down a breath-taking backbone, solid yet imaginative, inspiring and head crushing, which allows their guitarist friends the space and freedom to play the way they do. Personally, I regard Pale Divine’s rhythm section as the one of Marillion, where the excellent Ian Mosley and Pete Trewavas does so much which is rarely mentioned. 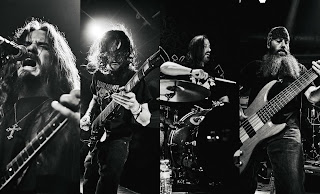 The old-school ‘Tyrants & Pawns (Easy Prey)’ unleashes this new brilliant album. Has a feel of Pale Divine around the time of their groundbreaking ‘Cemetery Earth’. Greg’s tormented voice brings out the haunted feeling from that release while Dana’s added singing makes it all new. By the way, the solos are fucking nuts and I love it! Sharp riffs and a thunderous rhythm section moves ‘Satan In Starlight’ through different stages and tempos. Everything flows freely and with such ease allowing trippy parts to walk side by side with heaviness and pure musical excellence. And again, the solos, man, they are completely insane! The wonderful ‘Shadow’s Own’ brings 70’s tinged heavy rock with dueling guitars and a crushing performance from Darin and Ron. Short but stunning! Mid-tempo, trippy, dark and reflective, ‘Broken Martyr’ see the band step even further outside the box. New and old meets in the middle and the result floors me!

‘Phantasmagoria’ is slow, punishing and full-on doom yet a sense of floating in a serene state of being is juxtaposed making the song soothing to me in all its darkness. Think old-school doom laced with trippy undertones, in lack of better words. Regardless, a wonderful composition. The title track, ‘Consequence Of Time’ follows and is by far the longest song on the album, clocking in at over 10 minutes. Still it flows by quickly in all its greatness. Kind of mid-tempo from the start but slows down almost halfway through and everything grows dark…only to erupt into a stomping rocker. Oh and the last three minutes, or so, are absolutely crushing! ‘No Escape’ is probably the fastest song Pale Divine has released, bringing full onslaught from start to finish. Greg’s singing is completely different as well. More raspy and in your face upping the ante for sure. And, as throughout the album, the band treats us to blistering solos. Excellent, truly excellent! ‘Saints Of Fire’ has the honour of closing out this wax. It brings a little bit of everything of what Pale Divine are while opting for a base of mid-tempo pace. The rest is layered on top painting mind- and ear-altering images turning the song into an amazing headtrip.

Pale Divine has done it again, dear waveriders. These guys have such a high level in everything they do and they never stand still, which is extremely apparent on ‘Consequence Of Time’. Also, they know how to perfectly balance the sound they have created with the new avenues where they now travel. As a fan of a band you can’t really ask for more. Every spin bring new angles and twists and turns making this experience even greater and endless…so allow me to sit back and let the universe of Pale Divine embrace me. What a wonderful universe it is!