On the Ripple Desk - Featuring Hanson, The Flying Machine and the Elektra March Release Compilation (1972)

July 25, 2020
Another journey with me through the stacks, to see if the album is a keeper or a tosser. 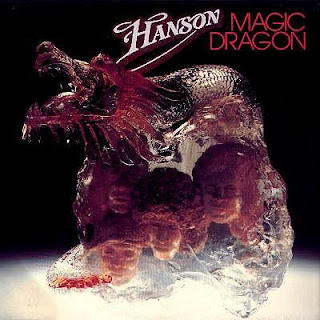 Talk about a random stab!! Never heard of these guys but they looked too cool to pass up. I saw the name and laughed because it wasn’t “that” Hanson.

No, this is an incendiary UK blues/ funk/protometal band from 1974. And man can they play. It was seeing Neil Murray on bass that caught my eye since he’s played so well with so many like Whitesnake, Gary Moore, Cozy Powell, Colleseum, Black Sabbath, Schenker among others. But the star here is Junior Hanson on guitar and vocals. Man this guys has skills. I saw the multi-ethnic lineup and was hoping for a nasty funk/heavy blues workout and boy I was not disappointed. Like a protometal version of Sly and the Family Stone.  Or JPT Scare Band mixed with the Isley Brothers.  Turns out Junior Hanson, who is Jamaican, later joined Bob Marley and the Wailers in 1977 where he was known as Junior Marvin and stayed with Marley until 1981.

Funky, groovy, and all with some significant chops and balls. 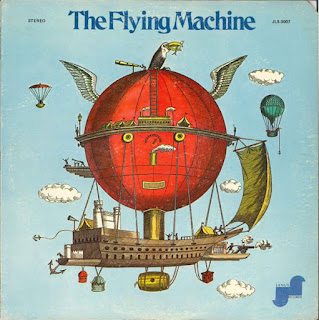 First taste of this one, a random find for a buck. Original radio DJ copy of The Flying Machine debut in Janus Records. 1969. The Flying Machine was a British pop band who are best known for their 1969 American No. 5 hit, "Smile a Little Smile for Me".   So what we have here is very pleasant, late ‘60’s psychedelic pop. Somewhat quaint considering the Beatles left this vibe many years earlier. But imagine they hadn’t ...

Catching melodies and appropriately thin production.   Has a strong British, bubblegum vibe, and is very much "of the day".   "Smile a Little Smile for Me" is appropriately charming and good-natured fun.  Overall, the album draws a bit weary on full listen, but good for the occasional pull from the stacks for  you next swingin' 60's themed party.  As Austin Powers would say, groovy baby! 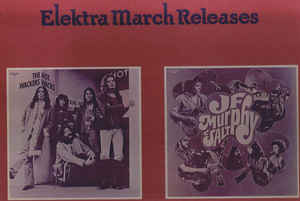 I’m a sucker for oddball compilations particularly vintage label comps. Elektra here, circa 1972, promo only DJ copy. Found for 50 cents. Five bands with a song in each side. Audience, JF Murphy & Salt, Carol Hall, The Wackers, and Butterfield Blues Band. Obviously Butterfield is the star here but the whole thing has a cool 70’s oddity feel. I already knew Audience (kinda a rootsy prog vibe) and The Wackers (a bit more southern feeling that CSN&Y).  Murphy and Hall we’re new to me and both bring their own folky vibe, Murphy a Celtic one.