Marillion From A Swedebeast's Point Of View 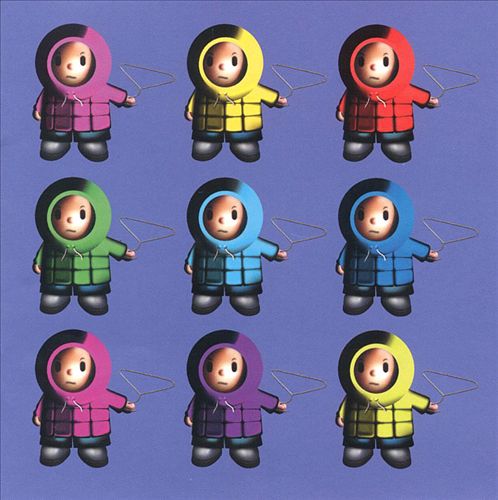 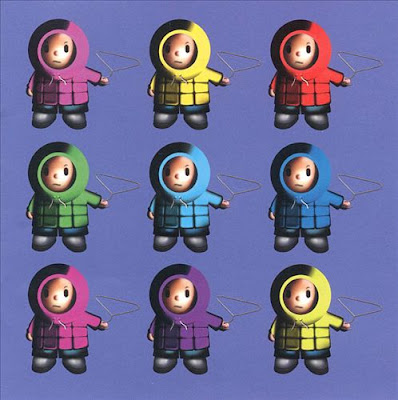 Studio album number 12, 'Anoraknophobia', was released in May 2001 and was a first for Marillion. Rejuvenated by the creativeness of predecessor, 'marillion.com', the subsequent successful tour and finally being free from the shackles of a label, the five guys still faced dilemmas with the upcoming album. As much as they enjoyed being on their own, they had to figure out how to finance the whole shebang...or should they still try to shop for a new label? Thanks to the resourcefulness of Mark Kelly the band asked their fans via The Web, the fan club magazine, if they were willing to help out and be part of a crowdfunding project to finance the new recording. The fans jumped on it and this sparked what still goes to this day. And what also saved the band most likely. From a personal point of view, 'Anoraknophobia' is the last Marillion studio recording I had to check out after the fact and in hindsight, what an album it is!

As always Marillion change things up. Of course, their sound is still there but one of their biggest traits is to never record the same album twice, no matter what. And 'Anoraknophobia' definitely follow suit. For me, that’s the biggest thing as a music lover, you immediately want to recognize “your” bands but at the same time there should be wonderful twists and turns which always keeps you on your toes. It is safe but at the same time it’s not. Moreover this is also a far happier album than ever before if you ask me, and it’s refreshing to hear the Marills this way…even though they are the masters of emotions.

Opener ‘Between You And Me’ is fresh, dark and exuberant. Is starts rather dramatically with a solitary eerie piano before the band joins in. From then on it’s a powerhouse rocker if there ever was one. Lyrically it's about that special bond you rarely, if ever, find with someone else. ‘Quartz’ follows next and just listen to Trewavas bass! So groovy, trippy and creepy at the same time, all while the music floats on top. Kind of slow but builds up ever so slightly in the chorus. Another relationship song but one from the opposite end of the scale. Meaning the two antagonists can’t get along no matter what. Next up is ‘Map Of The World’ and it is a happy, upbeat composition focusing on the wonders of traveling, both to escape daily life and to expand one's horizon. An excellent feel-good song, indeed! The music on ‘When I Meet God’ is minimalistic with the focus intentionally on Hogarth’s amazing voice and the heartfelt frustrated lyrics. And Hogarth is pouring his heart out against God and why God doesn't right all the wrongs in the world. Where's the compassion for your creation? 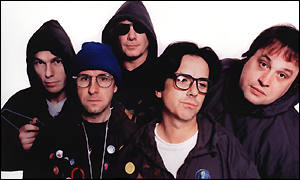 ‘The Fruit Of The Wild Rose’ has a nice blues running flowing through it apart from the chorus where a feel of Beatles appears. This is song for anyone who travels a lot due to work, be it a musician, a long distant truck driver, you name it. Yearning for the loved one at home, missing and wanting to be back. As the song turns, the anticipation of the last miles home builds up the feelings for the missing partner. Another great powerhouse rocker, ‘Separated Out’ deals with alienation, of not belonging and being an outsider, of being different, rejected and unwanted. At the same time it offers resistance and hope that all is not lost. Perhaps they sing about themselves having been treated as unwanted outsiders most of their career. ‘This Is The 21st Century’ is slow and laidback musically with touches of drum-and-bass and a feeling of vast open spaces and huge skies. Dreamy, if you will yet sinister at the same time. This is a tandem story line between science picking life apart leaving all mysteries in the dust. The other part is about two lovers finding magic and mystery in their intimacy and letting those discoveries take them away. Closer ‘If My Heart Were A Ball, It Would Roll Uphill’ has a light jazzy beginning which leads into jammy, strange parts courtesy of Rothery and Kelly. These work great though thanks to Trewavas and Mosley keeping reigns on things. Wonderful controlled chaos, if you will. About letting you heart rule your life and having no restraints. Live your life to the fullest, don’t count the costs and roll the dice. In line with the title of the album producer Dave Meegan added samples of 'Script For A Jester's Tear', 'Brave' and 'Fugazi' in this song. Can you find them?

A beautiful discovery from the first note until the last and I fell in love immediately and I still rate it highly to this day. Since Marillion is not covering heartache and failure to their normal extent, it adds to the upbeat feeling throughout 'Anoraknophobia'. Hogarth must have found stability and happiness in life and this truly colours his words. Don’t get me wrong, waveriders, I absolutely love the emotions of the downside of life the guys are so great at displaying but it’s refreshing to hear them this way, happy and carefree – for the most part. And in my opinion it stems from the positive turnaround they started to experience a couple of years earlier. The joyfulness also shines through wonderfully in the instrumentation. Rothery and Kelly takes the centre stage whether it’s playing rhythms or going on amazing solo excursions. None of this would be this great without Trewavas and Mosley. Holding down the beat and keeping the ship steady and on course allows their friends unheard of freedom. What can I say? ‘Anoraknophobia’ is a beautiful and truly fantastic album and it’s rather fitting that this is the new start for Marillion. Greatness, indeed!