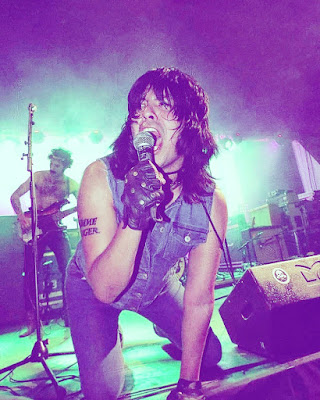 
Taking you back to that early 70's Glam/Proto Punk era, listening to their first raw cuts feels picking up one of that rare 45s from one of the record shops in Detroit or NYC at the time. A glorious mish-mash of blistering sounds rehearsed just twice and messily recorded during their second gathering as a group.

It's not surprising then that they're about to hit the studio and record a couple of singles in the next few weeks. If it wasn't for this pandemic I'm sure you would have been able to see them booking their first gigs right about now, but in the meantime, they are getting well oiled and greased up for the clubs to re-open and are taking business bids on their next two singles!

Check them out!  These guys are a serious band for the hardest of times! Keep an eye on them.