A Fistful of Questions With Nicholas Sarcophagus 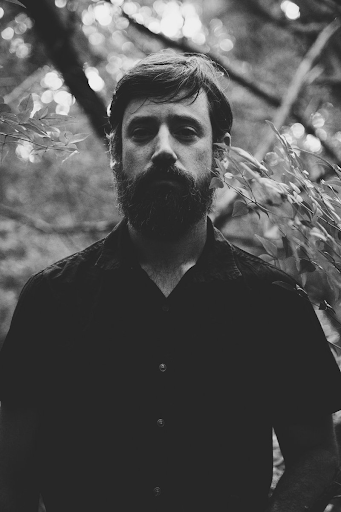 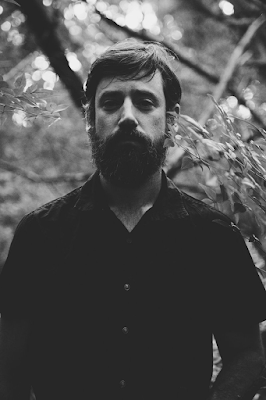 Right now as of this moment, only Drainbow

The Ziggurat! Out of Southwest VA

When I was about 4, I wrote this great song about tomatoes. I thought the hook was really clever and I knew that I would forget it, so I went to find a pencil and paper to write down the lyrics. When I found them and set to it I realized, I didn’t know how to write. I then forgot the lyrics.

Tell me how Drainbow came together.

Desperation, pure and simple.  I tried to quit writing and recording eclectic metal but the desire and interest just never went away. So when my gaming console got the ring of death, there was only one outlet left.

What inspired the name Drainbow?

Back in 2004 or 05 or something I spent some time with The Rainbow Family, which is basically a group of leftover Deadhead hippies who travel around the nation in RVs exploiting a loophole in the US forestry code that allows people to camp in a US nat’l Forest for like 21 days straight or something like that. Anyway, when someone was not seen as carrying their wait in this loose collective of drugged out mentally ill hobos, the slang word to describe such a person was a ‘drainbow’ as in, “be a rainbow, not a drainbow, and pass me that crack laced blunt, bruh”

How did you come in contact with The Rainbow Family and how much time did you spend with them? 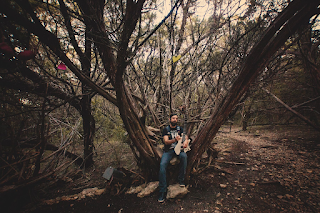 I heard about the Rainbow Gathering (think Grateful Dead Juggalos) through a friend of a friend when I was living in Orlando, and we spent a weekend out at the campsite meeting people. I met this beautiful girl and her twin sister who had train hopped down from St. George New Brunswick, and taken with her as I was, I went back to Orlando, quit my job, and hitchhiked up to the site of the gathering in Ocala national forest. She was not pleased to see me - needless to say I had fallen for the evil twin.

Drainbow has a new album on the horizon, correct?

Correct! The Tower of Flints shall be released on Bandcamp (and everywhere else) on August 7!!

Tell me about the experience of getting your BA in classical guitar.

I developed a large boil on my ass from sitting in thinly padded chairs with my right leg cocked up on that little stand. In my Junior year, just after my junior recital it got so bad I couldn’t sit down and I had to have it lanced. Much better after the lancing thanks!

Had never really considered this...maybe I could be the backup triangle player for Mr. Bungle and that would be cool.

Well right now it’s Visitations from Enceladus, I wish I had written and could play the entire album. But historically...hearing SleepyTime Gorilla Museum’s “Helpless Corpse Enactment” for the first time I think made me quit music for about 12 years because what could be the point of trying to write boring little metal songs after that??

I used to do a cover of Savior Machine by Bowie with an old band, that was fun to “metal up” a bit. I’m thinking of doing a cover of “Way Down in the Hole” in the near future for fun...also have a halloween cover single collaboration planned that I’m keeping quiet for now!

Man fucking Voivod just kicked so much ass. Snake could barely get up on the stage riser but both he and Away (who are little older than the other guys who have joined to replace Blackie and Piggy) absolutely rocked the fuck out. Revocation was also incredible, Dave is such a showman!! Conjurer really melted my face off recently too. If we’re talking best ever shows...Sleepytime Gorilla Museum was absurdly good, Mr. Bungle back at the Recher Theatre in 2001 was disgustingly good, Gorguts is insanely good live….need I go on!

Did you ever get your Cryptic Shift shirt….?

If I’m not mistaken… you recently got some new ink.  What did you get and where is it on your bod?

I got the little devil fiddler from the Goblin logo (the italian progressive horror soundtrack band) on my lower right arm. His little clawed foot is right below my elbow and he does a little jig when I play tremolo. Also it was noted by my Twitter friend Antimozdebeast that the Goblin image is actually a doggerel of the original devil fiddler from Giuseppe Tartini’s dream in which the devil played “a sonata so wonderful and so beautiful, played with such great art and intelligence, as i had never even conceived in my boldest flights of fantasy.”

In a word...cheaper! I was only a tourist in homelessness; I had my stuff stored with some friends (mostly a guitar or two and a few boxes of books) and I had some savings. But from my generally risk averse and more or less comfortable existence it felt quite daring. But I wasn’t much good at it and ended up renting a house with a girl maybe 3 months in. 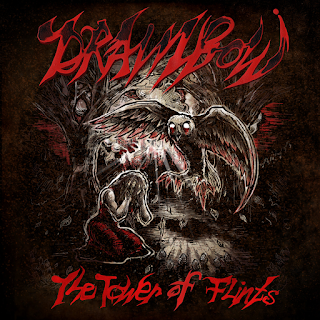 Tell me about that painting you found in Athens, Ga.

Ah yes! So a friend of a friend, a balding young gentleman, name of Clyde, drove a little mig convertible around and wore a golfing cap, delightful chap, this friend of a friend was picking up and moving to Hawaii to live on a mountain and track aircraft flying over the isle, and naturally he couldn’t take much with him, so there was a free for all on his artwork and other effects, of which the red headed step child as it were, was a hideously green canvas featuring several grotesque giants emerging from humongous bathroom stalls with misshapen heads and wide grins. For some reason this image really captured my imagination. When I (again) disbursed myself of worldly possessions to take my motorcycle pilgrimage to the fake ashram in Massachusetts, this priceless relic was unfortunately abandoned yet again. I left it by a dumpster; I hope it found a good home.

Tell me three albums with John Zorn that I should absolutely listen to.

2007, I’m in Athens Ga, and I’m listening to Sleepytime Gorilla Museum, The Fucking Champs, Estradasphere, and The Secret Chiefs

How in the wide world of sports did you end up in Austin, Tx…?

My now wife and I were “city shopping” and ran out of money and energy in Austin.

And are they succeeding in, “Keeping Austin Weird?”

Unfortunately, Austin’s charm has eroded significantly as a weird place. It’s still a nice enough place to live and raise a family but weird it aint. Too expensive to be weird anymore; but there are still some charming wackos around and I try to continue in their great tradition of being vaguely odd, slightly rude, and poorly dressed.

I would imagine they hunker down just as an anticorn would!

That’s not a typo, correct?

Anticorns are very similar to unicorns, but much more rare.

Haha! No Idea about the music business, seems a lot like normal business but there’s less money going around. Network network network! Be in it for the long haul whichever way it takes you...10 years, 20 years, 30 years...what else are you going to do with your life?? Be easy to find, easy to get along with, timely, willing, and able and you’ll do as well as can be done. Doesn’t hurt to be insanely talented.

Lack of progression. You can have as much fun as can be imagined in the practice room AND write objectively great material but if you can’t figure out how to translate that to some sort of growth in terms of audience, critical reception, or (heaven forfend) revenues, then it will be very hard to maintain that same enthusiasm for more than 2 recordings. Obviously on my mind as this is Drainbow’s second “serious” recording...the good thing about bands is you can always start a new one and get that old magic back! Hachachacha 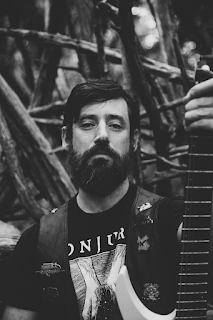 What are two things that people absolutely need to know about Virginia?

The Sot-Weed Factor by John Barth or Vurt by Jeff Noon. Tough call.

Maryland Crabcakes
(Interviewers note…  I read this and immediately thought of a line from the movie Wedding Crashers.. “Crab cakes and football that’s what Maryland does..”}

Is your version of pecan pronounced with a long e or short e?

Pecan is pronounced pecan, of course!

Pig Destroyer or Lamb of God (if you had to pick one)?

Huh. Don’t feel a particular way about either of these bands but Pig Destroyer since they are heavier.

Massive thanks to Nick for taking the time to answer my queries and for sending me a promo of the new album (it’s sonically delicious).  The Tower of Flints LP releases on August 7th.  Pre-orders are up now over on Bandcamp and you can also listen to the opening track Funeral for an Imaginary Rabbit. Believe me when I say that you need to own this album.

Ps- Be sure to check out the Fistful of DOOM show…available on Mixcloud at your discretion.

http://drainbow1.bandcamp.com/album/the-tower-of-flints
Posted by The Ripple Effect at 12:30 AM