Come with me as we blindly grab from the stacks and stacks of records sitting by my Ripple desk.   Storage space is at a premium, so each album has to warrant being kept.

Let's decide if each album is a keeper or tosser. 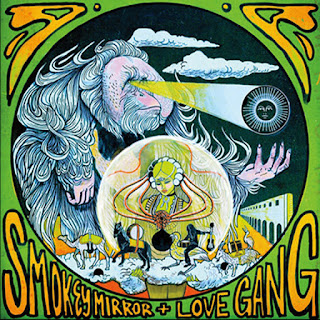 San Diego underground masters Glory or Death Records doesn't release a ton of material, but when they do it's time to stand up and take notice, because these guys know how to currate some killer bands.  I knew Love Gang from having witnessed them blowing minds at a SXSW off-site showcase, so no surprise, their side is insanely good.  The band never fails to bring some unique touches to their heavy psych, in this case kicking off with some tasty flute, but never falling into aping Jethro Tull.  Three songs here, each it's own psychedelic trip.  Nicely done.  So, I guess the surprise here was the 3-piece Smokey Mirror bust out some killer psychedelic Texas boogie that perfectly compliments the Love Gang side.  Serious guitar chops and smokey grooves let this one tear off into the netherworld.

Apparently this is the first installment in what will be the GLORY OR DEATH RECORDS  “Double Impact” Vinyl series of split albums.  Count me in for the ride.   Verdict -- Keeper 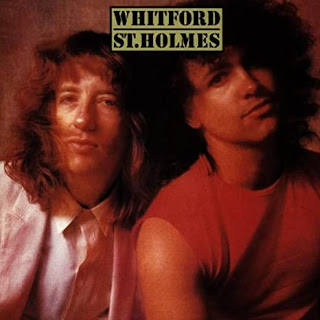 With this killer line-up, a lot was expected of this band when this album came out in 1981, but it definitely was a case of reality not living up to the hype.  Bradford Whitford, guitarist for Aerosmith and Derek St Holmes, singer/guitarist for Ted Nugent, certainly had the cred and the chops to form a band.  And when their respective day jobs both went into the crapper, that's exactly what they did.  Problem here is that neither one really had anything to say and neither was a song-writer for their main bands, and this album shows why.   A whole album of watered-down Sammy Hagar-lite MOR rock.  No balls anywhere to be found, no killer riffs, nothing nasty at all.  Just very respectfully performed corporate rock that beats melatonin for a good night's sleep.  I remembered being underwhelmed with this album when it first came out, but picked this up for a buck at a record store bargin bin just to see if my hearing of their jams had changed.  I mean, really, with the talent those two guys have, how bad could it be?