Fistful of Questions With Gabriel Palacio From AntiMozdeBeast 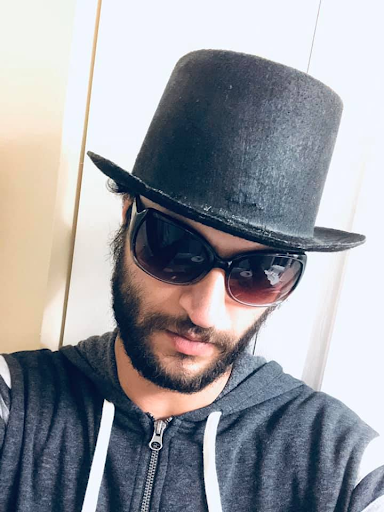 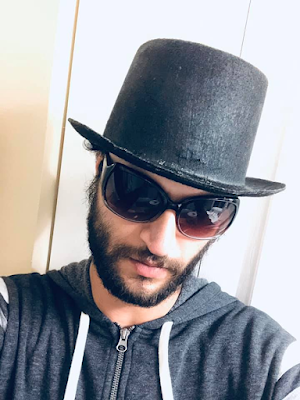 Survivor.  Dracula enthusiast.  Creator of beautiful noise.  This edition of Fistful of Questions goes to Gabriel Palacio, but you might know him as the entity behind AntiMozdeBeast.

My Full Name is Gabriel Palacio. When I was born with congenital heart disease the doctor’s told my folks I wouldn’t live very long. So my Father named me Gabriel after himself and his Father before him.

That I do not. I do like it when people refer to me as AntiMozdeBeast as opposed to my real name.

I am only heading the project AntiMozdeBeast at the moment. Although I have been in a few bands throughout my lifetime.

The name of the first band I played with was Kandy Flip. We were a bunch of teenagers pissed off at the world and experimenting with several drugs at the time. Kandy Flip is definitely one of my favorite times in my musical journey.

The first instrument I picked up was when I was around 14. It was handed down to me from my cousin. It was an electric bass. I learned a lot about music just fiddling around with it at an early age. This was before YouTube,  so I have been self taught throughout my entire musical experience.

I Currently play the acoustic 12 string guitar when I want to jam out to some blues. An electric guitar whenever the time requires something heavy. As well as the piano/keyboard synth.

My first musical memories dates’ back to when my brother stole a White Zombie record from the record store. I was about 8 years old and I couldn’t stop listening to More Human Than Human. 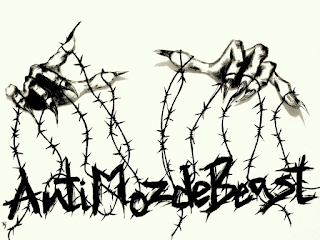 Tell me what inspired you to start AntiMozdeBeast.

The inspiration behind AntiMozdeBeast was I was tired of working with bands and other musicians through trial and error. That unfortunately we either did not collaborate well with each other or many other circumstances that causes bands to break apart.

What inspired the sound of AntiMozdeBeast?

The Sound of AntiMozdeBeast is inspired by a variety of genres and records. I try to incorporate all that I’ve learned throughout my years of music. The sound leans towards a harsh industrial or noise metal, but I also try to be as creative as possible and create a unique sound unheard of before.

Talk about your new album, The Red River, a little.

The Red River was inspired by my second album The Political Beast, The Beast of War, And The AntiChrist. It is a follow up to the album. It’s more of a debate between my consciousness and spiritual beliefs. Throughout the album I try to conceptualize what the title of each track means. For example, The Fallen Saint I try to visualize the world behind a man who has lost his faith in humanity but was once spiritual. A man that questions his own existence and religious beliefs. Institutions and Prisms are the same. It may sound chaotic and unhinged, but I try to explain the perspective of a man who has lost his sanity and is trying to reason with the world and his own consciousness.

If I could insert myself into any band, I believe, I would gladly be a part of My Dying Bride. Although a completely different genre and style of play. My Dying Bride has influenced me in so many ways. The music is like a Metal Ballet and the poetic lyrics spark something within me that I have never felt before.

Yes. Journey to the End by Widnir found on their album 1184. The colliding of various genres found throughout that song is brilliant and very creative. I applaud Windir for having the courage to step out of the boundaries of Metal in which I try to do myself with my own music.

I have many non metal musical inspirations. These include Bob Dylan, Neil Young, Radiohead, and Pink Floyd.

I always wanted to do a Metal Cover of Masters of War by Bob Dylan. I would use a dropped tuning on the guitar and use a guttural vocal to sing to the song. 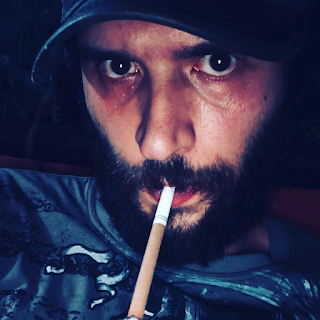 What band or bands have you witnessed live that have really impressed you with their show?

I have witnessed many bands throughout my time. My most exciting experience was attending WoodStock 99 at the ripe young age of 15. I saw so many great acts those three days which includes a list that is longer than my groceries.

In the year 2005 I was listening to Iced Earth, My Dying Bride, Iron maiden, Megadeath, and Metallica.

If I had to title an autobiography I would title it “How many Roads?”

I have been homeless for a short period of time in my life, so I would have to say maybe a month to six weeks.

I don’t believe in mythological creatures except for vampires. I have had many hallucinatory experiences and have witnessed vampires throughout my lifetime.

When you are determined to accomplish something, never let anyone or anything deter you from accomplishing it. It’s not about being a world wide known artist. It’s not about money, fortune, or fame. It’s about creating art that you can be proud of and exposing every vulnerability you have on record.

Of course I would listen to Windir 1184. The album is unprecedented. The labrum has so many twists and turns and I wouldn’t mind listening to it on repeat as I travel across the country.

Name a handful of blues artists that people need to hear.

My first and most influential blues artist I recommend anyone to listen to is Blind Willie Mctell. Followed by Robert Johnson, Son House, Muddy Waters, and Howling Wolf.

What are two things that people absolutely need to know about New York?

NY can be a city of amazing experiences. It can also be vile and treacherous. 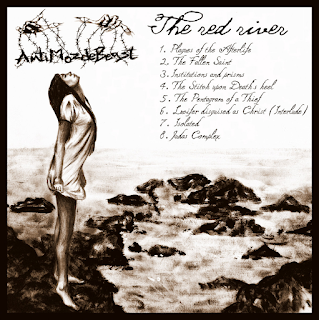 You’ve got some pretty wicked looking tattoos.  Tell me about the designs/inspiration.

I have several tattoos. My most treasured tattoo covers my entire left side of my body. It is a cathedral with Gargoyles surrounding it. Actually, I tried to envision a concept of my tattoos and I believe that my body is canvas. All my tattoos mean something not only to me but to each other. It is a design.

My Favorite book is Dracula.

My Favorite Album is Amnesiac by Radiohead.

My favorite meal is pizza.

Megadeth or Metallica (if you had to choose)?

Ehhh… Megadeth has better instrumentals, but his lyrics and voice sound like a pissed off teenager.  Lmao…  Metallica has great music and lyrics.  I think it’s a quality over quantity thing.  I would have to say Metallica.

Many thanks to Gabriel for taking the time to answer my queries.  I appreciate it.  Be sure to put your ears to his latest sonic creation, The Red River.  It is expertly rendered chaos and you will not be disappointed.  And… it is NYP over on Bandcamp, so you have no excuses.  N-O-N-E!

Ps- Be sure to check out the Fistful of DOOM show…  available on Mixcloud.