A Ripple Conversation With Eddie Flinn, Vocalist Of Tradmrkd 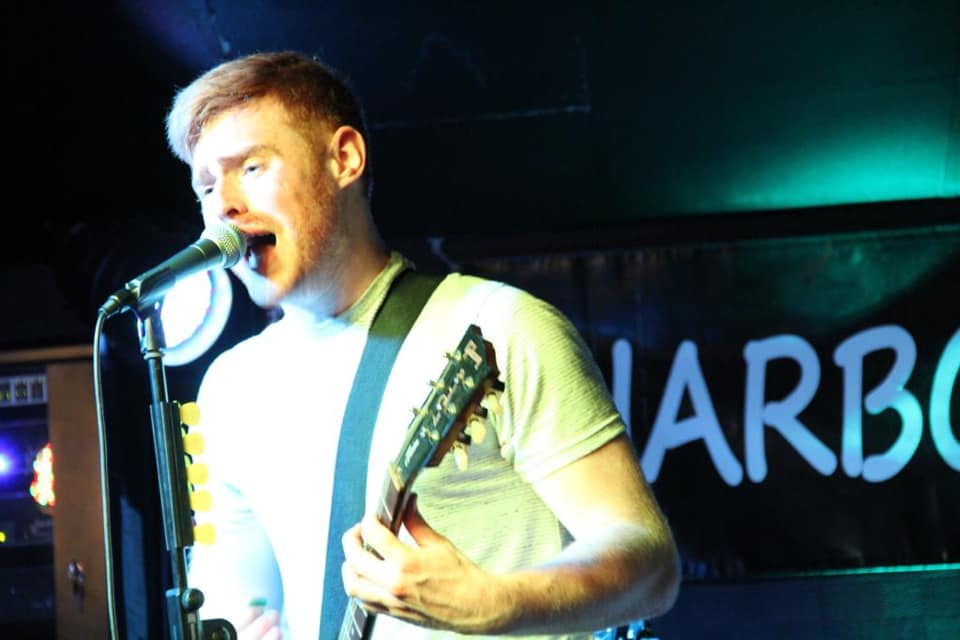 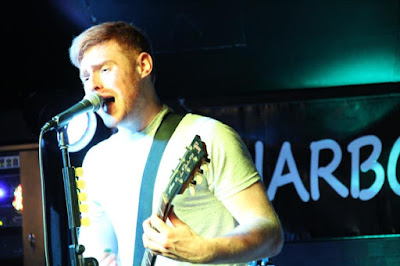 My musical epiphany came when I was a kid and I walked into our family’s friend computer room. That was were he stored all his guitar, and on his wall, there laid the coolest poster I had ever seen. It was the hand holding the heart grenade of Green Day’s American Idiot. I must have been about 6 or 7 when I saw it. Before then, I hadn’t seen anything like it. I didn’t know what music I was listening to, but Green Day was a huge impact in my musical pallet. My first Green Day album was a burned copy of American Idiot. Just the sheer speed and the catchy riffs of the guitar and bass was something I’d never witnessed before.

The majority of the time my process is, rift comes first and then the melody and lyrics fall into place. I have only written one song where I came up with the lyrics and the melody first. That was Leanna. I actually came up with the chorus of Leanna while I was in the shower; An epiphany like this has not happened since. I came up with the chorus through melody and lyrics and then let the rift create the verse and bridge. I feel like this was my favourite songs to create, just the way it all fell into place. Well out of what I have written so far.

It is clear to hear in our music that my biggest influence was Billie Joe and Green Day. Although, American Idiot was the first album I got of Green Day, Dookie was the album that made me fall in love with Green Day. When I got into song writing when I was about 15, I took a lot of influence from 1,039 and Kerplunk era Green Day. As well as, the Undertones, Sham 69. (my mum got me into punk when I discovered Green Day by giving me a compilation album of classic British punk called; The Kids Are United.

New ideas seem to hit me in random situations. I like to try and discover new music to get some fresh ideas. A cliché answer would be, I like going for long walks around my home town and sometimes the surrounding environment gives influence. 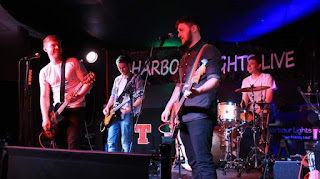 We all come from different villages around the north east of Scotland between Fraserburgh and Peterhead. So, these places didn’t really have a significant impact on our music. It was when I moved to Aberdeen, there was a slight impact in our music. I wrote a song called Granite about wanting to get out the Greyest place in the world and I wanted to get back to the green and fresh air of the countryside. I felt like the city was draining my creativity, but it was just me adapting to my new surroundings.

Our original name was Trademark, but we found out that there were a few artists called Trademark. So, we just added an ED at the end, so it was different. We felt the name was too long, so we took away the unnecessary vowels. There is no significant story about the name, it just looked cool.

I wish they made movies nowadays like the classics of the 70s, 80s and 90s. I think culture and genre wise it would have to be American Pie. That franchise had some tunes in their score so being the complete soundtrack to the movie would be epic.

I know these guys use to get a lot of stick and I am not saying that I am one of their fans, but I would have to choose, Superman by Goldfinger. I know it is a bit left field but if you look deeper into the lyrics, you can see that the song really hits home on the feelings of growing up and getting hit with tons of responsibility. I could easy write well over 1,000 words on that song. Again, I am not one of their fans I just really rate that song.

Honestly, I don’t really have any. I know boring, but as of yet I don’t have any rock and roll moments. The only one that springs to mind is putting a fork in a toaster to see if the results were true. They were. 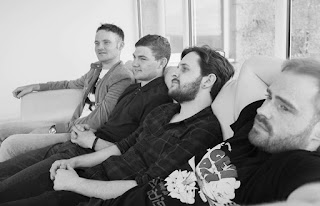 Playing live is an unbelievable feeling. That feeling is like a drug, you just want to stay on for as long as possible. It’s addictive and as soon as the set is over you can’t stop thinking about the next gig. Getting to play our music for people and seeing that they enjoy it, is an amazing experience as well.

Meaningful lyrics and just a catchy rift or melody. It seems simple on paper but its not. To become a great song, it needs all of them. For me, there are a lot of songs that fall short in the lyric department but get A’s everywhere else. Lyrics to me are the most important. I like being left to read in between the lines to figure the song out for myself rather than the singer spoon feeding the meaning of the song in the simplest of ways. For me, Kurt Cobain was on of the greats at writing music that leaves the meanings of the songs to the listener. Also, his use of oxymorons is so effective. He is one major influence in my writing.

The first song I ever wrote was called, V.D.B. it was about a teacher at my academy who was pretty much a fascist. No word of a lie you would think she was from Germany in the 1940s. V.D.B stands for her initials; she wasn’t German by the way. I cannot remember how the song went as I lost all lyrics to the song, but I can tell you it was terrible. It gave me a good foundation for song writing though. It showed me I could put my experiences into song.

I think it would have to be Leanna. In the context that it is a catchy song and it is something I came up with. I’m proud of all the music that I write, that receives good feedback. I always put all my effort into every song I do. If I font like it then how can I expect someone else to.

There is a band called the Chats from Australia. Their music is one of the purest punk sound you will ever hear in the modern day. I love the music they write. It is a proper punk feel. Why? They have a song about getting clap. I rest my case.

I always buy the CD of bands I like. It gives me a feeling of collecting. Same with Vinyl. They both hit different to digital. Although I listen to more digital than CD or Vinyl. Those 2 will always beat digital in my opinion. 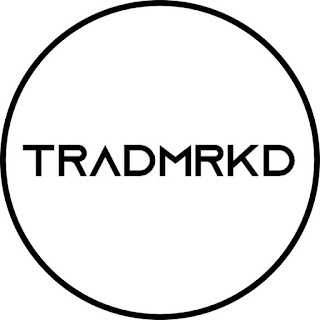 See I like both, but it depends on what you guys class as whiskey because there are some weird people out there that say they like whiskey and only drink JD or Jim Bean and that is a big no no. That is bourbon. I mostly drink beer though. Whiskey for me is when I am chilled I don’t drink it to get drunk. If I am, then it means I am at a free bar.

Our hometown is Aberdeen in Scotland and we would highly recommend Spin Records. They have some hidden gems in there waiting to be found. Just a great place over all.

We hope to have an EP out by the end of the year. We also have some projects in the pipelines with other bands. So, hopefully, a lot of shows are on the cards for us. We just continue to jam and write in the meantime.

Follow our socials to keep up to date with all that we are doing. Our Instagram is: Tradmrkd.tm and facebook is: Tradrmkd. We love every fan we get.
Posted by The Ripple Effect at 12:30 AM