A Ripple Conversation With Ben from CAPRA 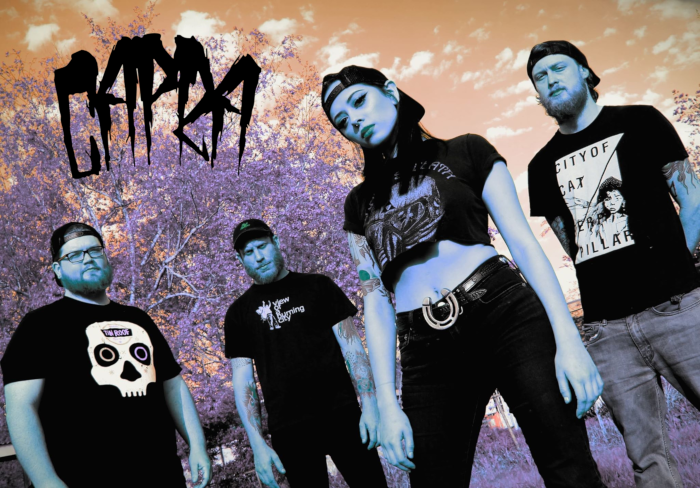 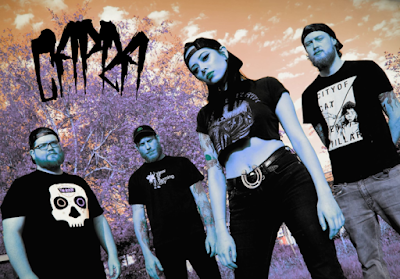 I’ve had a number. Like you, I grew up in a household where my mom was constantly blasting these old school folk/singer songwriters, like James Taylor, Bonnie Raitt, Joni Mitchell, Sting, etc.  When I was about 8 or 9, my friend came over with a copy of Metallica’s Black Album that he ripped onto a cassette for me.  I’m not saying I’m still in love with that album, but it was the first time music was shown to me that could be heavy, aggressive, and about dark topics that were way over my head at the time.  So, that got me into radio rock and easier listening metal.

Fast forward a bit and the next big epiphany, and this is probably cliché, was when I first played Tony Hawk’s Pro Skater on PlayStation.  HOLY SHIT.  It’s the first time I heard punk, ska, and rock that was far from the mainstream I was used to.  I still blast “Cyco Vision” by Suicidal Tendencies in my car from time to time.

Individual bands that hit me at different points in my life that were their own minor epiphanies include The Clash, Descendents, Miles Davis, Kid Dynamite, Converge, Minor Threat, Fugazi, Nirvana, Modest Mouse, Ceremony, AJJ, Dillinger Four, Dillinger Escape Plan, The Lollies (guys from PEARS previous band), Paint it Black, Jawbreaker, Kendrick Lamar, Tyler the Creator, B L A C K I E, Fatter Than Albert, and more recently I’ve been blown away by The Callous Daoboys and Gouge Away.

It usually starts with a string of riffs Tyler will present to us.  Then, Jeremy, Crow, and myself will put it through kind of a weeding process.  Pull this riff out, add this riff from the previous session, shorten it right here, lets add a part, etc.  When we’re about 90% sure it’s where we want it, we’ll take a rough recording with a GoPro or phone and send it to Crow so she can work on the lyrics.  We then take anywhere from a week to a couple months refining it until we’re all decently happy with it and by then we’ll have added Crow’s lyrics on top.  We usually have 1-3 in progress. With no shows we’re busier writing than usual.  I wanna say we have about 4-5 in progress right now.

As a band, probably Every Time I Die, Norma Jean, and Converge.  We all have our personal influences (mine skew more traditional punk) but those are probably the three you can most easily hear when listening to our music.

God, everywhere.  New music, books we’re reading, shows and movies we’re watching, we all play a lot of video games as well.  We also tap into conversations we have, podcasts we listen to, and dreams we experience.  We try to channel our frustration into it, so whatever is eating at us, be it work, personal and mental issues, or larger atrocities that affect our sense of being, we try to direct it towards music.  It’s all of our greatest outlet.

Lafayette is one of the more liberal cities in Louisiana, but that’s not saying much.  As much as it strives to be a progressive and modern scene, we’re still burdened by old southern philosophies. It’s also extremely hot and humid, always.  Mosquitos are our state bird.  We also love to pass a good time, so there’s a ton of festivals throughout the year and people put a real emphasis on family and friends. .  Essentially, it has its good and it’s bad.  I think you can hear that in our music.  We’re mad at so much us around us, but at the same time, you can definitely party to it. 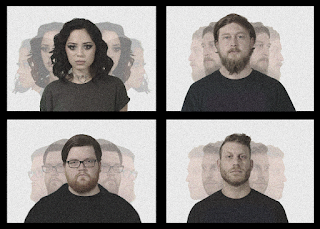 Tyler is obsessed with Dark Souls.  One of the bosses is a Capra Demon.  He says the frustration he felt when first fighting it is the same energy he tries to put into riffs for this project.

The next Evil Dead.

I like this one.  My senior project for my English degree was a twenty five page essay on misogyny found in the lyrics of pop punk bands, comparing them to female fronted punk bands, and discussing the lack of space we leave for women in punk in general.

I could likely rattle off 1,000 words on any song off of Tyler the Creator’s Flower Boy.  That whole transformation as a homophobic ass-wad to this vulnerable dude opening up about himself on an actual relatable level is incredibly fascinating to me.  It’s the album that made me give him a chance.  Album slaps.

For something more modern and, you know, rock n roll oriented, I’d say Fake Dinosaur Bones by the Callous Daoboys.  The imagery of the devil leaving dinosaur bones to waiver the faith of Christians is all too relevant living in the south.   That the earth can be seen as God and the devil’s stage to “walk off of” is also extremely evocative.  The music itself is more than you standard hardcore chug with plenty of changeups along with the way.  It’s a cool song.

Sorry to disappoint, but we don’t really have any.  We had a guy get so drunk that he tried to convince us to give him a stick and poke tattoo.  As a band we said we would hope he’d forget.  He did.  We also have had a guy break his wrist in a mosh pit at one of our shows and wanna keep going.  That’s about it.

We’re fans of killer shows.  We try our best to make sure our shows kicks ass.  As cool as it is watching someone really proficient nail a set with their instruments, all of our favorite shows have been when bands absolutely lose it on stage, so that’s what we do.  We want to have as much fun playing for an audience as they hopefully have watching us.

The raw energy you put into it.  There are lots of aspects to a song, but you can write a technically sound song and it still come out blah if you aren’t putting something real and honest into it.

Jeremy and Tyler started CAPRA with a couple other dudes with Jeremy on guitar and Tyler on bass.  At one point the drummer quit on them the night before a gig so they did the show with Jeremy on drums and Tyler on guitar and they’ve been in those roles sense.  It was a wildly different band so I’m not sure exactly what CAPRA’s first.   I came into the band later after another couple failed band members and Crow about a year after me.  I think we were mid writing the lyrics for an as of yet unreleased track called “Locust Preacher” when she came in and knocked it out of the ball park.  She helped finalize it and put lyrics to it.

The song itself is probably the most tech song on our upcoming LP.  It’s chaotic.   We can’t wait for people to hear it. 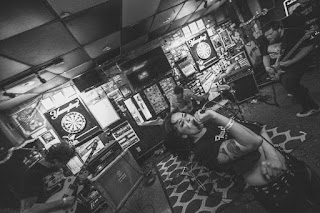 Currently, Torture Ship.  It’s the song we couldn’t wait for people to hear.  It’s one our most stripped down songs which adds this layer of simplistic punk rock brutality that isn’t in all of our songs.

Gouge Away right now.  The bass licks on Burnt Sugar are simple and rad while Christina has probably one of most refreshing voices in hardcore.

Vinyl at home, digital on the go.

You know, I actually just started trying to cultivate a taste for whiskey because I do appreciate it, but I’m hands down a beer guy.  Whiskey is great, but it’s so limited when you compare it to beer.  Beer, at this point in time, is practically limitless.  There isn’t a flavor out there that you can’t find in a beer somewhere.  Whether you want a fruited Berliner Weiss that tastes like a blueberry slush, a stout aged in bourbon barrels, a hop forward IPA, or a traditional lager, the flavor profiles are everywhere.  It’s impossible for me to get bored with beer.  Plus, who doesn’t wanna crack a cold one?

Well, as I’m typing this, our two song EP is about to drop.  Next comes the LP and, Covid willing, a tour.  We’ve had to completely bail on our spring dates, so please put it up in the air that we get to do something this fall.

We have merch and an EP for sale at https://capraband.bandcamp.com/
Posted by The Ripple Effect at 12:30 AM