A Fistful of Questions With Bradley Frye 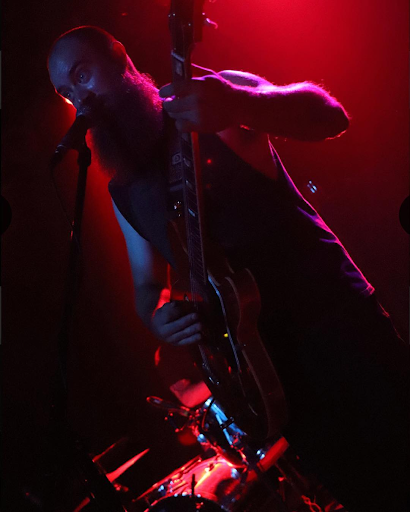 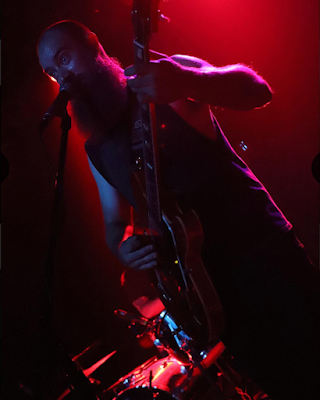 If you had an alias what would it be?

“The Mainah“
That’s Mainer for “The Mainer”

I saw Michael Jackson’s “Thriller” video on a department store TV in the early 80’s.  I was maybe 4 years old.  It scared the shit out of me.  The zombies/undead coming out of the graveyard.  Gave me nightmares.  I liked the song (still do) but damn, I couldn’t sleep without thinking that MJ and zombies were lurking everywhere.

Tell me how Red Mesa came together.

I moved to Albuquerque, NM in the spring of 2010, with one intention: start a Desert Rock band.  It took three years to find the original members and get the sound right.  Debut S/T album was self-released in August of 2014.

Red Mesa has a new album on the horizon, correct?

Yes!  Our third full-length album, “The Path to the Deathless” will come out on Desert Records on Friday, June 12th, 2020.

We got a lot of help on this one…
Wino (The Obsessed, St. Vitus, Spirit Caravan) laid down vocals and four guitar solos on “Disharmonious Unlife”.
Dave Sherman (Earthride, Galactic Cross, Spirit Caravan) wrote all the lyrics and sang all the vocals on “Desert Moon”.
Alex McMahon from (GRAL Brothers) laid down pedal steel on “Death I Am” and “Swallowed by the Sea”.
Kristen Rad played violin on “Ghost Bell” and “Swallowed by the Sea”.
Steve Schmidlapp from (Prey for Kali and Blue Heron) wrote and laid down the acoustic guitars on “Death I Am”.
We recorded with Matthew Tobias at Empty House Studio, whom we have worked with on three previous recordings.
The album was mastered by John McBain (original Monster Magnet guitarist).

What inspired you to start Desert Records?

Originally, I started the label to release only Red Mesa albums.  The first one was “The Devil and the Desert” in 2018.  Bands that I really liked and respected started to contact me about putting out their music.  So, I began to do that and it has slowly grown from there. 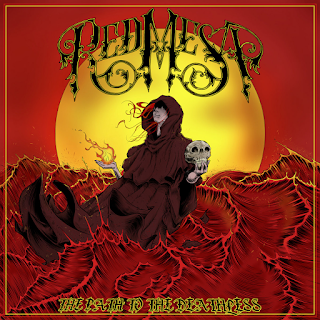 Another big part of the inspiration is being able to put out music that I love.  For years, I complained about how shitty the music is on the radio, or at work, or that people are listening to shitty music everywhere.  I decided to stop complaining to do my best to bring “good” music into the world.

Oh man, the bands I really love, I wouldn’t want to insert myself into them.  I wouldn’t add anything at all.  I guess, maybe I could play the triangle for The Doors or Sabbath or Zeppelin. Just to be there and enjoy the music up close.  Haha

Oh yes, many times.  I think that is part of the inspiration for me when it comes to songwriting.  There are so many amazing things written.  Killer guitar riffs, vocal melodies, full albums. Too many to name.

They are a reminder that if you focus and follow through, you can write your own thing.  Granted, it will never live up to your musical influences/inspirations, but I think it’s still a very important thing to do.

Yes, I love a lot of non-metal music.  I will definitely put out an acoustic album someday.  Plus, I write and jam a lot of instrumental, droney, desert-y music on my own at home.  I’d love to get my shit together on those jams and make them into an album.

I really love to sing and cover old country/western songs.  So anything by Johnny Cash, Willie Nelson, Hank Williams, Townes Van Zandt, to name a few.

Playing a new place every night for new people. That is always exciting.  Even if it’s for 5 people.

Snoring bandmates (shitty sleep) and coming off tour to immediately return to my day job.

In Albuquerque, I love playing at Launchpad and Sister.  The Quarry in Bisbee, AZ is really unique and cool.

I lived in Seattle for years before moving to ABQ.  We still have never played the Pacific Northwest.
I cannot wait to get up there and jam!

I usually go for a short walk before we hit the stage. Stretch the legs, get some fresh air, and give my ears a break. 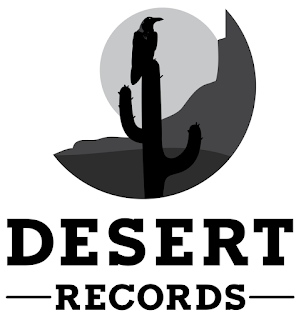 Playing “The cottage” in Flagstaff, AZ.  You bring your gear through a trap door that leads to a windowless basement.  Extension cords provide power from upstairs.  A bunch of people are standing around pounding beer out of cans while you are crammed into a moldy smelling corner next to your equipment and bandmates.  Trap door closes and its show time.

I would call it “You Can’t Get There From Here”.  It’s an old saying in Maine where I was born and raised.  The saying is a combined meaning of not having an answer for someone’s problems or directions and not really wanting to help them either.  It’s the old Maine DIY ethic of figuring shit out for yourself.

I think around 30-35 days.  I did a lot of long-distance wilderness and backcountry trips in my 20’s. I definitely jumped in alpine lakes, but didn’t get a proper shower until I was out of the woods.

I don’t think that unicorns sleep.

There are so many aspects to being in a band.  I think it’s super important to have excellent communication with your bandmates.  You have to be organized.  You have to respect one another.
It’s a relationship and takes work.

Also, my advice would be to get your live set dialed in.  A strong 25-30 minute set.  That includes setting up and tearing down your gear as efficient and fast as possible.  Focus on building a fan base - both physical fans for shows and internet fans on social media.  Network with other bands in your local area and start doing cool shit.

A band killer or a killer band?  A band killer would be anything that is non-musical drama and bullshit,  such as racism, homophobia, sexual harassment and assault, bigotry, any other crap like that.

Earthless is a killer band!

What are two things that people absolutely need to know about Maine?

First, Maine is the wilderness paradise of the Northeast.  Boundless hiking, fishing, hunting, and outdoor activities.  Second, Mainers hate anyone who visits Maine and crowds their favorite spots to do the aforementioned activities. 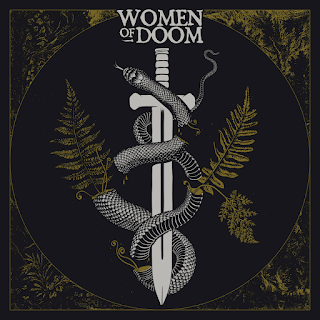 Women of Doom.  Lara Subterranean did an amazing job on the album cover. It looks killer on a black t-shirt.

Too many…but currently The Four Agreements

Ummm...again, too many...but currently Earth “Full Upon Her Burning Lips”.  And anything by Tinariwen.

Nirvana or Soundgarden (if you had to pick one)?

Many, many thanks to Brad for taking the time to do this interview.  I appreciate it.  Do yourself a favor and head over to Bandcamp and grab  yourself a Desert Records subscription.  At just thirty-six dollars a year it is insanely affordable.  If you act fast your subscription will also net you a slab of wax.  That’s right!  A vinyl album of your choice plus eleven digital releases and all of the music Desert Record’s releases, in the future, to boot.  How can you say no to that?  At the very, very least you should give Desert Records a follow and check out the insanely good Women of Doom release.

http://desertrecords.bandcamp.com/album/women-of-doom
Posted by The Ripple Effect at 12:30 AM