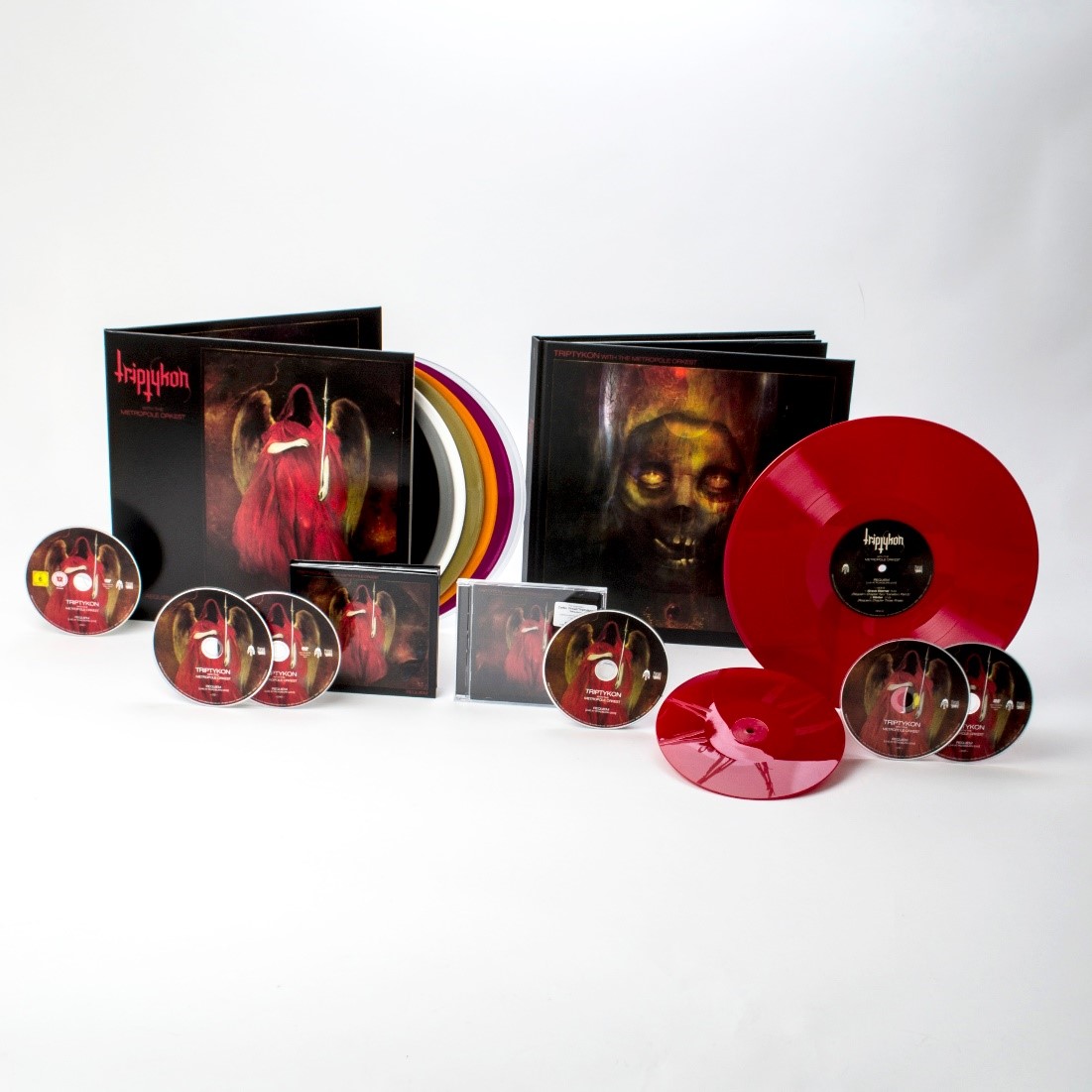 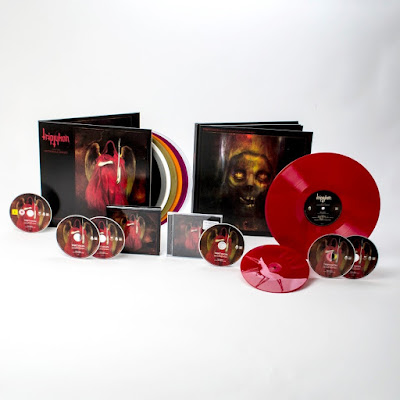 (Zurich, Switzerland - May 15, 2020) - Swiss avant-garde extreme metal act Triptykon are releasing their highly anticipated Requiem (Live at Roadburn 2019) featuring the Metropole Orkestworldwide today via Prowling Death Records / Century Media Records. To celebrate the release, the band is releasing their music video for "Rex Irae". Watch the video here: https://youtu.be/escCZX8kORs.
Requiem (Live at Roadburn 2019) marks the exceptional conclusion of a project over 30 years in the making: The legendary Celtic Frost/Triptykon "Requiem" performed for the first time in its entirety and with full classical orchestration by the Dutch Metropole Orkest.

This unique and groundbreaking release comes in various formats, each with slightly differing cover art by Daniele Valeriani (as presented above):

The initial and limited Gatefold LP + DVD release is available in the following editions and limitations:

The 12"-sized deluxe artbook edition is limited to 2000 copies worldwide. It includes the exclusive dark red vinyl edition of the album, an exclusive dark red 7" EP of the bonus track ("Winter - Concert Rehearsal Take April 11, 2019"), the CD (with the bonus track), the DVD, a 24 page booklet, a 60 page score book, 3x poster, an artprint and a photocard. A preview of the artbook and its contents can be seen below. 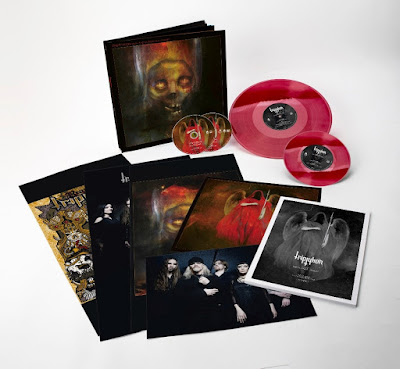 Triptykon's Requiem (Live at Roadburn 2019) featuring the Metropole Orkest is available to stream and purchase in various formats HERE and physically on the CM Distro Europe store HERE. 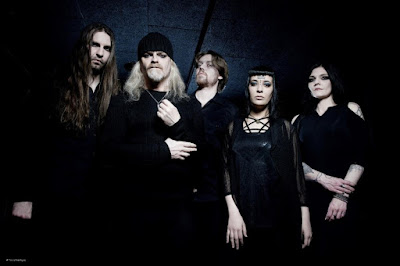 Century Media Webshop:
Website
Posted by The Ripple Effect at 12:30 AM