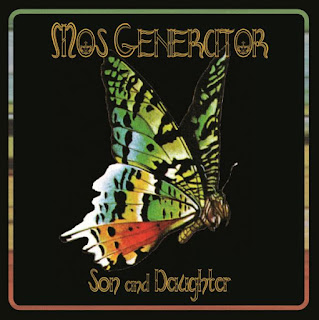 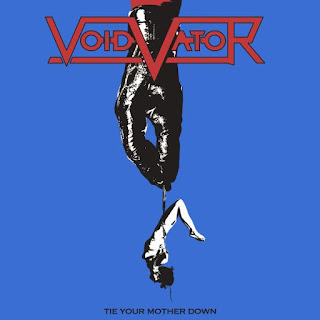 No virus can keep us down!!  Despite corona we're still working on the upcoming releases, and man do we have something special coming your way. On July 31st there comes a new small piece of plastic that you have all been waiting for, even if you don’t know it yet.
The release will take place in collaboration with H42 Records with whom we have collaborated with many times over the past few years. Therefore, in addition to the H42 Record edition, there will be a special Ripple Music Edition produced only for the US market.
Two great american bands each covering a song by one of the world's favorite bands: QUEEN
This release will not take any prisoners - look forward to two great interpretations of classic Queen songs!
RELEASE JULY 24th in different editions
US Ripple Records Edition on gold vinyln (ltd. 60 with OBI)
EU H42 Records Edition on clear vinyl (ltd. 60 with OBI)
EU Retail Edition on white vinyl (with OBI)
Retail Edition on black vinyl (with OBI)
PRESALE live now over at Ripple Webstore
TONY REED about 'Son & Daughter'
This song is a bit of an oddity because it features Jono on drums and original Mos Generator bassist Scooter Haslip taking on the low end duties. Son & Daughter is a song off of the first Queen album that Scooter and
I used to play in a band in the late 80’s so I thought it would be cool to bring him in for the track. Our take pulls from a version Queen did on the BBC in December 1973. We did some editing to help it fit
nicely on a 7” but still retain elements of the live version. I would say it’s the heaviest rock that Queen ever produced and a damn fun riff to play.
Tony Reed - May 2020 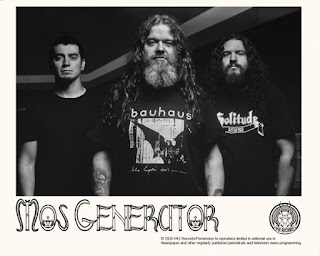 Side A 'Son & Daughter'
(original by Queen, B. May, 1973)
TONY REED / Guitar, vocals, keyboards, assorted instruments
SEAN BOOTH / Bass
JONO GARRETT / Drums
Mos Generator formed during 2000 in Port Orchard, Washington from the ashes of a ten year off & on collaboration between it's three members, all of which are long time veterans of road & studio. The need to strip down to the basics of hard rock was apparent from the start and continues to be the foundation for all the bands recent material.
In 2001, the Port Orchard, Washington trio of Shawn Johnson (drums), Scooter Haslip (bass), and Tony Reed (guitars/vocals) emerged from the jam room and studio to the live stage as Mos Generator and began to shake the Pacific Northwest with their incendiary and uncompromising live performances. Between 2002 and 2007, the band four full length studio albums and, in 2008, released a collection of some of Mos Generator’s finest moments by way of “Destroy! The Mos Generator”. By 2008, the band needed a well deserved break to clean up their lives, follow a different muse, and to recharge the energies that make a hard rock band successful.
https://mosgenerator.bandcamp.com
https://www.facebook.com/pg/MosGenerator 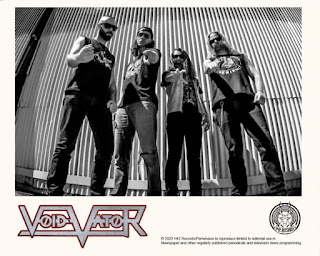 Side AA 'Tie Your Mother Down'
(original by Queen, B. May, 1976)
LUCAS KANOPA (guitar, vocals)
EEIK KLUIBER (guitar)
GERMAN MOURA (drums)
SAM HARMAN (bass)
Los Angeles-based hard-rock/heavy metal VOID VATOR are striking since 2014, and have quickly developed a reputation as a take-no-prisoners live act. They collaborated with Grammy nominated producer Ulrich Wild (Pantera, Deftones, Metalocalypse) on their 2017 debut EP “Dehumanized” on WURMgroup. Void Vator dove back into the studio with world renowned producer Bill Metoyer (Slayer, DRI, Body Count) to record their 6-track self-released EP “Stranded”. Eager to once more take to the wicked ways of the road, the “Skeleton Crew” tour will take Void Vator further than ever before, spanning a full month and reaching out to northeastern US cities including NYC, Boston, and New Haven.
VOID VATOR position themselves as worthy heirs of the New Wave of Traditional American Heavy Metal with eight blistering and massive tracks. Counting on Bill Metoyer’s production skills (Slayer, Body Count), the L.A. four-piece is delivering a sharp, pedal-to-the-metal brand of heavy. “Stranded” is filled with impeccable hooks and driven by a contagious energy that will make any decent human headbang to death, the ‘metal up your ass’ way.
http://voidvator.com/
https://www.facebook.com/voidvator/
Posted by The Ripple Effect at 9:26 AM