A Ripple Conversation With Old Blood 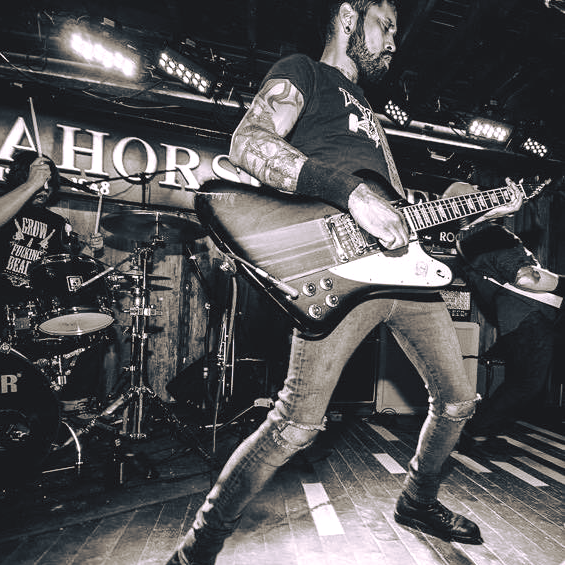 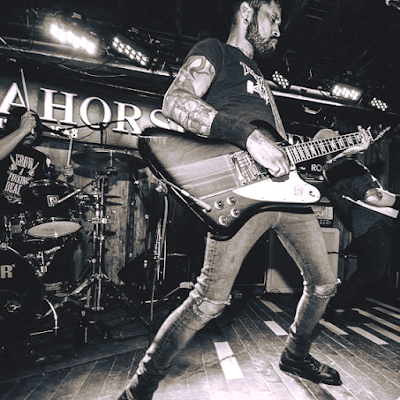 Trev - When I was 5 years old, my Dad and I were taking a drive in our old station wagon.  Satisfaction by the Rolling Stones came on the radio about the time that we pulled up to our destination.  I remember being so blown away by the riff, the melody and the lyrics that I asked my Dad to keep the car running so I could sit and listen to the rest of the song.  It entirely changed my perception of what cool music was.

Lloyd - Metallica – …And Justice for All , specifically the video for One , it wasn’t like anything I heard on the radio , and the video was in a world of its own, super dark and deadly serious compared to what it was played in rotation with.

Talk to us about the song-writing process for you. What comes first, the idea? A riff? The lyrics? How does it all fall into place?
Trev - most of the tunes we have written together typically start with one of us (Usually Lloyd) sending out a 10 minute demo of a million riffs, chord progressions etc. that could possibly fit into one song.  I’ll listen to these demo’s  over and over until a vocal melody pops into my head.  We collectively decide what feels like a verse, what feels like the chorus, and where the bridge/interludes should end up.  After much collaboration and re- arrangement a song will slowly emerge.  We always make sure we play a song live, to an audience before attempting to properly record it.

Trev - Probably just picking up a guitar that I haven’t played in a while, they all have different pockets and sweet spots that force me to play differently. 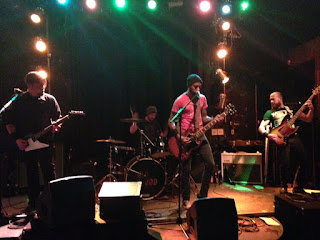 Lloyd - Halifax, N.S. – I once heard it described as “ A self Important city in the middle of nowhere”

Trev - Being so close to the ocean has certainly shaped some of the lyrical choices.  It’s hard not to be inspired by it.

Trev - I think we had our first record almost done before we could decide on a band name.  We had a show or a tour lined up so we of course had to decide on one very soon.  Josh and I were having a beer one day at a local bar.  Our buddy Heather’s band van pulled up and we could see it outside the window. It was an old Dodge Ram van that used to be red, but 20 years of weather and wear changed the colour to what would look like a blood stained murder scene.  I commented that the van was the colour of old blood.  We both laughed. That was it.

Lloyd - Do The Bartman – The Simpsons – my reasoning would take at least 1000 words.

Lloyd - On the first night of a week long tour across a couple of provinces with some other bands, upon loading into the venue and getting ready for soundcheck, Josh realizes he has no Bass to perform with, in the chaos of load out with the other bands, his bass was left in the rehearsal studio back in Halifax and we were now two provinces away.
Trevor - Definitely Josh forgetting his bass on tour but also I ruptured my achilles tendon a few years back and couldn’t walk for like 6 months.  I had to play a bunch of rock shows sitting down.  My band mates had to set up all my gear for me and rock out extra hard. They were sweet, they never complained. I am grateful. 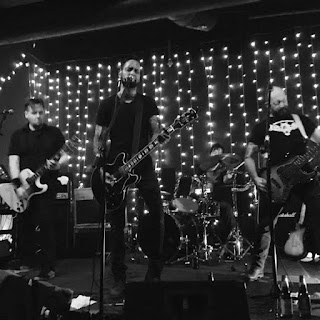 Lloyd - The 30 to 60 mins that you usually get to play live on any given day, is always the best part of that day or any other.

Josh  - my favourite thing about music is playing live. sucks we can't do it right now.

Trev - Playing a great live set with your friends, what could be better?

Trev - I don’t think you can have a great song, without a great melody.

Trev - I was like 17. Drop D, 2-3 Chords Recorded on a tape cassette.  I listened to it on repeat in my van. It was not great.  A year or so later we recorded it in a proper studio and it actually got some radio play.  The song came on the radio at a friends house during a poker game. I was hooked.

Lloyd - This newest record, lots of set backs, but we finished it.

Trev - Arrows, from our first record Ruins.  It was the second song I think we wrote together. 10 years later it’s still my favourite song to play live.

Lloyd - Nick Cave, Gunship, QOTSA  - all very different but all peak my interest anytime I hear something new by any of them.

Trev  - I don’t want to live in a world where I have to choose. 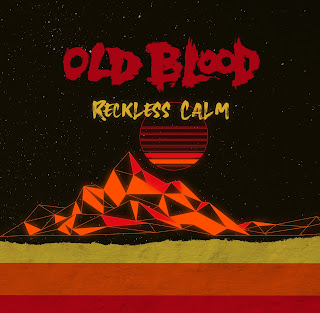 “Reckless Calm” album release is May 15th 2020, and we have another EP in the can that was thankfully recorded before the shut down.