A Ripple Conversation With Captain Caravan 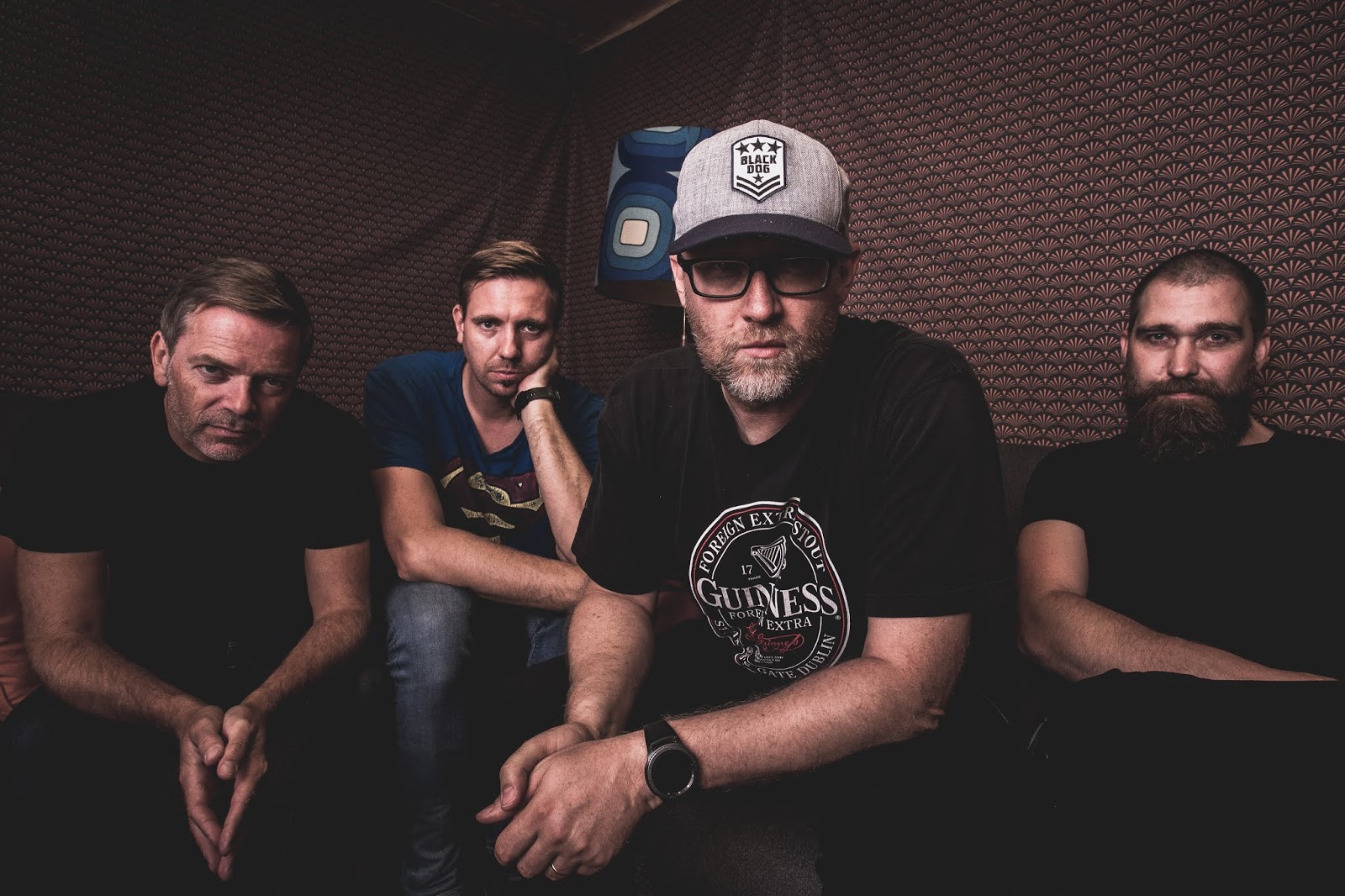 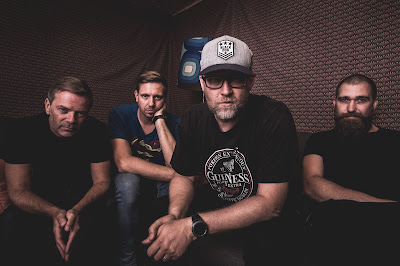 I have had several of these over the years, a bit fewer and far between nowadays but still. The first one I can remember must have been are run of the Elvis 68 comeback special. It must have been in the late 70 ́s or very early 80 ́s. And know at this point we had only ONE tv channel in Norway, that show was amazing to me and I think it still is. Another major epiphany was when I went to the library and checked out Van Halen and “Eruption”. This was not when it first came out, it must have been late 80 ́s but I had not heard it before and it totally blew me away and made me want to play guitar and that summer I worked real hard painting houses and spent all my money on a Kramer.

The “Shun the sun” process was probably a bit out of the ordinary for me since I came in after all the music was recorded. I had to then learn the songs and write all lyrics and melodies and then finally track all my parts. But now we are busy writing the next album and the process is more organic in that we all bring ideas to the rehearsal room and we jam them out, looking for the groove and smiles on everyone's faces. BK, Geir, Morten and I constantly make riffs by ourselves that we share and select for jamming. I keep filling my lyrics book with poems, ideas and observations for use when we put everything together. We also like to let the songs mature in rehearsal and then we make small changes until we are all happy.

Here I could mention a lot of people and the truth is that there is not any one person that has influenced me more than anyone else so far. So, the correct answer would be BK, Geir and Morten, the guys I am in a band with. I think we influence each other, that’s why being in the band is such great fun.

Motivation I get from listening to all the great music that can be found in the stoner / doom community, there is some cool stuff out there. Going to gigs and checking out other bands also gives me a lot of motivation. Inspiration is a little different and while some of it comes from listening to music and other bands, I think it is vital to seek inspiration from as many and diverse sources as possible. This can be from conversations and solving world problems late at night, films, literature, paintings and sculptures, anything really. 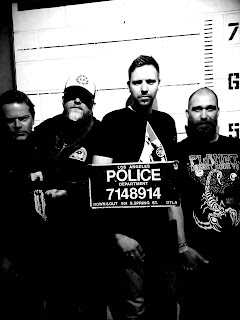 All the bandmembers except me live in Egersund on the south west coast of Norway, this is also where our WW2 German rehearsal bunker is. I am from a city about one hour north of Egersund called Stavanger, main industries are mostly oil and offshore related and farming. Common for both cities is the weather and the relentless grey skies and rain. We don’t tan here, we rust. Have not really thought about how it affects the music, but the rain and wind keep us indoors and work on our minds maybe that melancholy seeps into the riffs and lyrics somehow.

As ZZ-Top would say, “we tell three stories about that and none of them are true”. So basically the name Captain Caravan, it is from this old sailor who used to spend a lot of time in his caravan painting and drinking, he was quite an ok guy but a mean drunk, he used to yell at people and most people were afraid because he also used to be a fighter. He painted some amazing pictures though, mostly landscapes and the sea or boats in big waves. I am not sure if he was an actual Captain but that’s what we called him so, therefore. Captain Caravan mean old man with a tormented beautiful soul that he was able to put on canvas.

That would have to be Tarantino 10 or some ultra-widescreen windswept epic Mad Max type Western where an unlikely bunch of no goods pull off a massive heist and beat the odds by working together and with coordination unmatched from honing their skills after countless hours facing the grind.

I would choose “Me and Bobby Mc Gee” it has one of the most beautiful lyric lines ever in my opinion; “I’d trade all my tomorrows for a single yesterday” I really understand what that means. I would seek to ask what they were doing there in Baton Rouge and where they were going and why? What happened? What is the story of them before and after that put them there in that moment in time?

Must have been that one time when BK got one sugar in his tea instead of two backstage after the gig... Shocking. 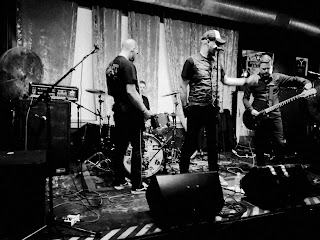 We love playing live and we really don’t do enough of it. We are trying our best to put on a show and play the songs right. The first show we ever did with the current lineup, we had five people in the room and three were family so two “real” people. We said to ourselves before we went on “Right so, there will be almost no one to see us but let's go out there and do our very best for the people that ARE there.” and that’s what we did, and those two people are fans today. So, our goal is to gain a few more fans each time we play.

In one word: Layers, first to be blown away with all the obvious things, the riffs the groove and melodies you can enjoy them just like that, and then on multiple listens discovers new things every time, the subtleties of the riffs, drums, the musical skills and craftsmanship in putting it together, the recording quality the lyrics, what do they mean?

The first song I wrote was a cheesy teenage song about a girl and why she did not want me. The second song was a song called “Tomorrow never knows” it's about living in the now.

I like “Zombie Machine” because it is quite a different song, different sounding and I am quite pleased with the lyrics other than that my favorite is the album closer, the last song on the moon side “Book of oblivion” or Boob as Geir likes to call it. I like the slow start and how it all goes hellin the last part. I also like these lyrics, the duality of it who is doing what to who and who gets the revenge?

For me today I have to say Mastodon, I am a big fan. I am also a fan of Sasquatch, we played the Planet Desert Rock Weekend with them in Vegas and they came to see our LA gig, they knew BK from the Pawnshop days, so that was cool. But as I said in a previous question there is so much amazing music being made right now by bands that are not really known

Digital for the access and Vinyl for the ritual. I think the only CD player I have is in the car.

Both please. Haha, but yeah, mostly beer and the occasional whiskey. With beer you can enjoy the evening longer and I get quite useless after not too many whiskeys. 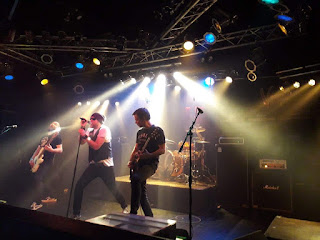 I do not think we have any record stores here anymore, except some second hand and collectors' fairs. There is a record plant pressing vinyls started here in Egersund now, but we have not had the chance to check them out yet. I think we would have to take you to a bar so we could sit and talk about old times when there were record stores.

New songs and new album. It is in the works, but the pandemic put a halt to it for the time being. We are off Corse working in our homes with the material but since everyone is home it is not so easy to hide away and work on slow riffs. We also want to play more live; we were set to play the Esbjerg Fuzztival in Denmark, but it got postponed due to the pandemic and the sadly new dates conflicted with other previous arrangements. Hopefully we get a chance another time.

We just want to say thank you to everyone who bought our music and merchandise. Also, thanks for checking out our music on Bandcamp or other social media and giving a thumbs up and recommending us to your friends and last if you catch us live please don’t be shy, come over and say hello, we would love to chat with you. BK, Geir, Morten and Johnny
Posted by The Ripple Effect at 12:30 AM