Wrath Of Typhon - Kingdom Of Fear 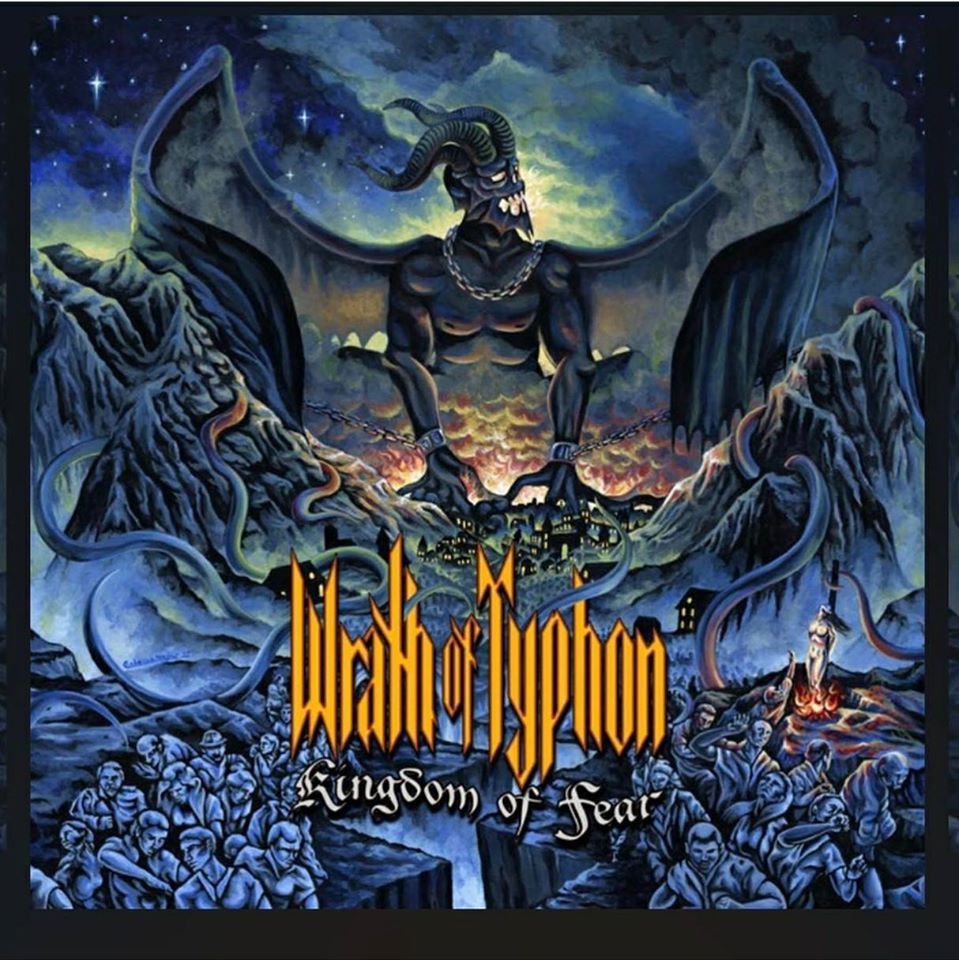 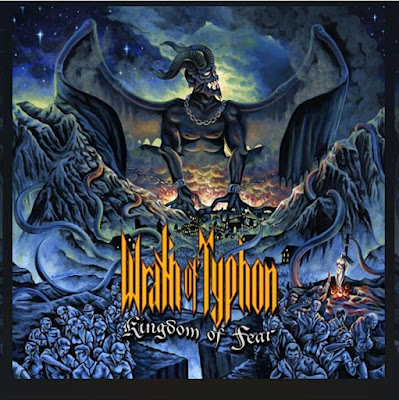 PA's excellent heavy hitters, Wrath of Typhon, somehow passed under my radar for quite a while with their sophomore full-length, 'Kingdom Of Fear'. Originally released in 2017, it took me over a year to buy a copy and another to actually write this review. Shame on me, that's all I can say! 6 years in the making, it's been a smooth, natural progression from the 2011 debut, 'Speak From The Fire'. It still sounds like Wrath Of Typhon but with a more evolved sound. The only difference is the "new" bass player, Alan Derrick, although new might be a slight exaggeration since he's been with the band since 2013.

Not sparing any blushes, these Pennsylvanian hoodlums go for the balls immediately and never let off until the album is over. By then, you're wrung out and hung to dry, just as it should be. As before, Wrath Of Typhon mix their own heavy ass sound with dollops of The Mentors, Motörhead, heavy metal and punk, at least the attitude of the latter, and as usual this is amazing. Not standing still though, the guys has pushed themselves to move on a couple of notches and you can tell. 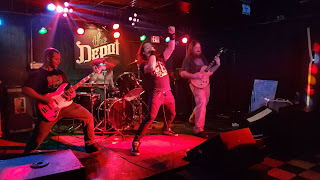 One prime examples of their progress is the insanely riff-heavy, ‘Sworn To Die’. Incredibly hooky in all its furious onslaught with a galloping bass guitar and bludgeoning drums, this one leads the way immediately. Intense and brilliant ‘E Obsolete’ is full of bee-swarming guitars and a supertight straightforward full steam ahead rhythm section. The foundation of ‘Livermore’ is like ‘Orgasmatron’ but sped up a notch. After getting increasingly faster the song drops in tempo a touch but still hits crushing levels. The choruses in ‘Son Of Sam’ are so hook-laden and reels you in, while the verses are sinister and uncomfortable in the best possible way. Brilliant! Mid-paced, for being Wrath Of Typhon at least, ‘Homage’ lurks and sneers til about halfway through. The all hell breaks loos with a furious guitar solo catapulting the band into hyper-speed. ‘Lazarus Pit’ is an excellent metal composition which captivates the listener right from the start. Pulls you in and there’s nothing you can do about. Perfect!

The six year long wait was so well-worth since Wrath Of Typhon has crafted the perfect metal album. The blend between new and old with bits and pieces of their collective influences has come together in an unholy alliance, just as metal should be, making ‘Kingdom Of Fear’ pretty damned fantastic! More of this, please, gentlemen, and don’t take six years until next time. The world needs you!