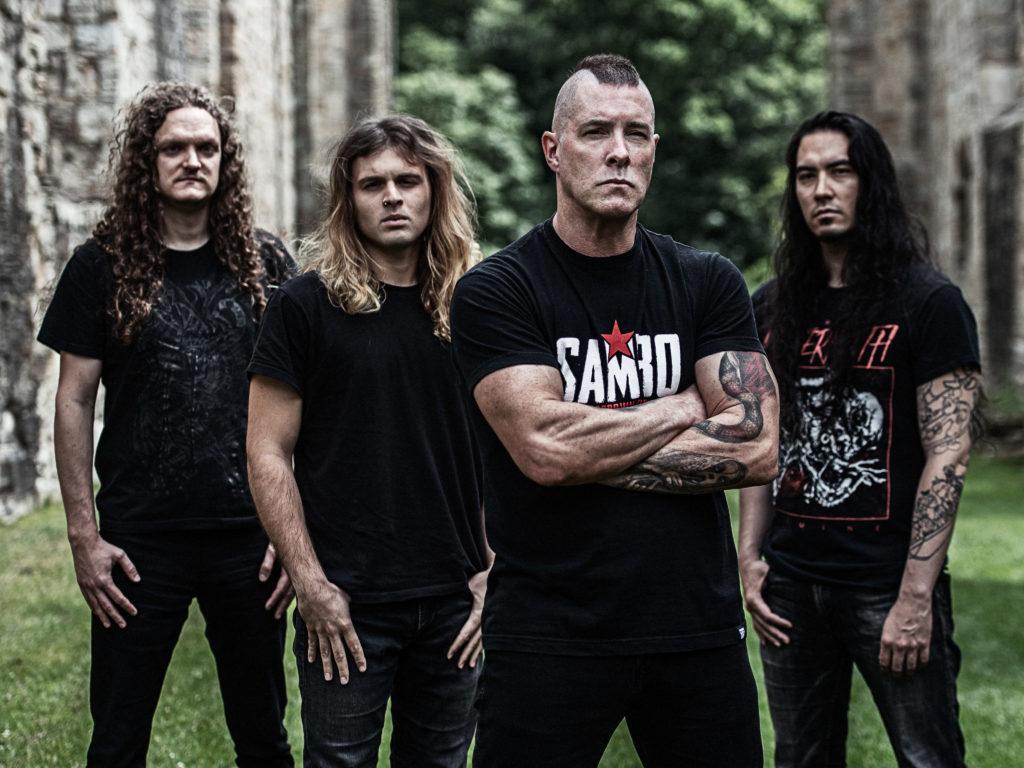 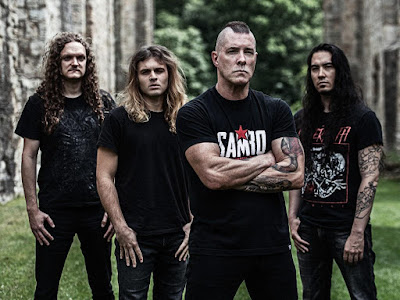 View / Share ANNIHILATOR's "Dressed Up For Evil" video at THIS LOCATION.

Issues founding guitarist, vocalist, producer, and principal songwriter Jeff Waters of the track, "Evil in the guise of a man; that's how I would describe the theme in this one. People who have no good in them. Destroying all in their way with abuse, lies, and negativity. Generally, just being a nasty human being and ruining lives in the name of money; thinking that it makes them special. It just makes them evil and a waste of life. Musically-speaking, this one is as old-school ANNIHILATOR metal as it gets. It's obvious that the vibe in this tune reminds us of the early days of the band; even extending back to the demo days from '84-'88. A highlight for me in this song is the legendary voice of Raven's John Gallagher on backing vocals with Durham's Kat Shevil Gillham (Winds Of Genocide). An honor to have John on this record and his voice helps make this song a killer. Oh, and lots of shred guitar, as some have been demanding for a while! We hope you like this one... we do!"

Find the band's previously released videos for "I Am Warfare," "Psycho Ward," and "Armed To The Teeth" HERE.

Produced, engineered, and mixed by Waters, Ballistic, Sadistic was recorded at the brand new, state-of-the-art Watersound Studios UK in Durham earlier this year with additional engineering and editing by bassist Rich Hinks and mastering by Maor Appelbaum (Faith No More, Halford) at Maor Appelbaum Mastering in California.

Ballistic, Sadistic will be available in limited-edition digipak, vinyl, and digital formats. For preorders, go to THIS LOCATION.

A name needing no introduction in the metal world, ANNIHILATOR was forged in Canada in late 1984. Since then, the band has been touring and releasing records, selling millions of albums to date, nonstop, for over thirty years. Cited by bands like Megadeth, Pantera, Dream Theater, Children Of Bodom, Lamb Of God, Opeth, Trivium, and so many more as having influence on their music, Jeff Waters and ANNIHILATOR have continued to tour the world, year after year, whilst consistently putting out high-quality true-metal music. It takes time, patience, and perseverance to reach legendary status, and no one can dispute that ANNIHILATOR are inspirations, teachers, legends, and a force demonstrating what hard work and love of your craft can bring to the world. 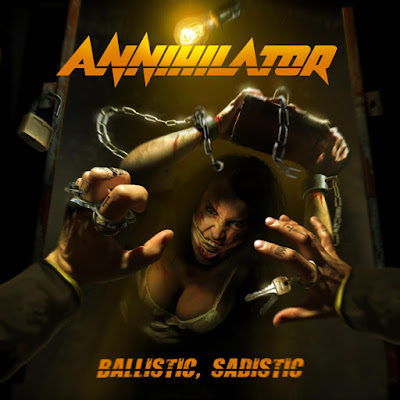 "Something really lit a spark under Waters' ass this time around, and he has channeled it into one of the finer moments in his - and ANNIHILATOR's - long career." -- Knac.com

"...a Grade A thrash album with memorable hooks... and most of all ace guitar playing. Waters is one of the best guitarists out there... a brilliant technical marvel with magic fingers and rock steady control who's consistently overlooked and undervalued." -- Rock Shop Pop

"Ballistic, Sadistic as the latest ANNIHILATOR offering assembles the best aspects of diversity and skilled, technical-laden songwriting to create a record that bridges the past to the present." -- Dead Rhetoric