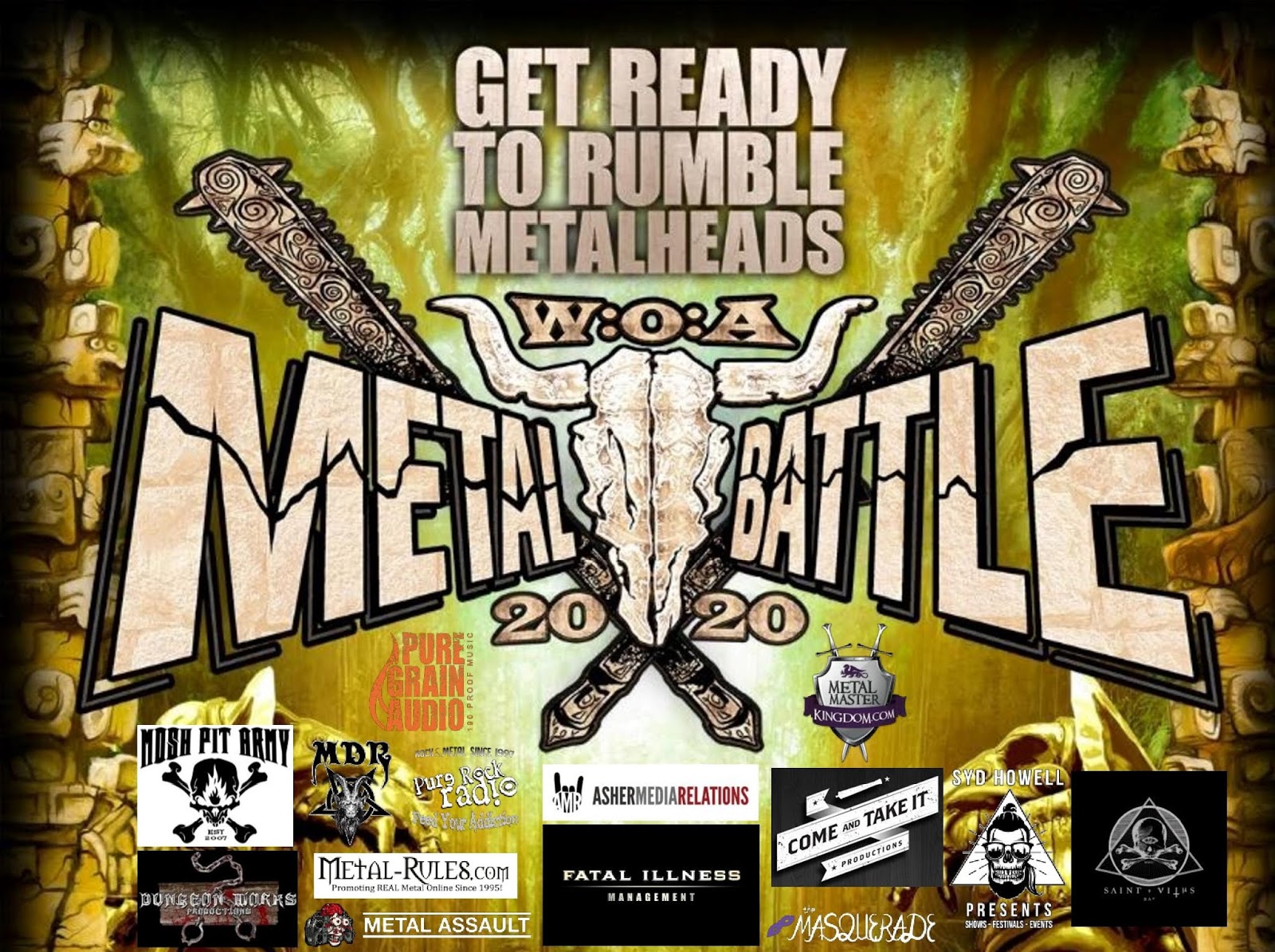 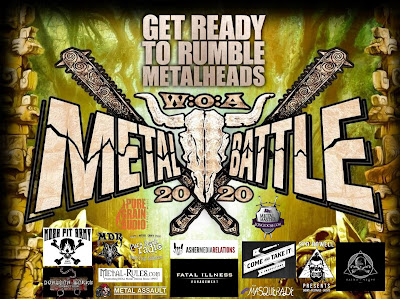 Great News Bands! Because Tampa Bay and New Orleans were added with less time to Wacken Metal Battle USA, they're giving more time for bands to apply on all cities until Dec 15th, 11:59 pm EST

Apply at this link: https://metalbattleusa.com/apply/

Unsigned bands can ONLY apply!

For over a decade at the world’s largest outdoor metal festival Wacken Open Air, independent metal bands from around the globe have been performing in front of thousands and competing against one another for one to be crowned champion of the world along with winning multiple prizes. For the fourth year, Wacken Metal Battle USA is returning to America and will be hosting qualifying rounds in select cities across the nation. The national champion of those battles will perform at 31st edition of the festival taking place from July 30th – August 1st, 2020 in Wacken, Germany. The sold-out 2020 Wacken Open Air line-up includes Judas Priest, Mercyful Fate, Amon Amarth, Sodom, Annihilator, Overkill, Venom, Sick of It All, Nervosa, U.D.O., Hypocrisy, Death Angel, Beast In Black, At The Gates and many more. Details here.

Wacken Metal Battle USA is part of an international competition that sees bands from across the country battle each other for the chance of winning their spot among 29 other countries’ champions, and representing the USA in an international battle of the bands at the world’s largest outdoor metal festival: Wacken Open Air, which has been taking place in Wacken, Germany for the last 30 years. The winner of Wacken Metal Battle USA will perform at the 2020 festival taking place from July 30th – August 1st.

Concert promoters interested in hosting a Wacken battle in their city can apply at this link: https://metalbattleusa.com/promoter-application-for-wacken-metal-usa-battles/

Participating cities will host qualifying rounds plus a city final organized by a local city concert promoter where one band will move forward to the American national final (date and city to be determined). The winner of the national final will move on to perform at the 31st edition of Wacken Open Air and compete against the winners of 29 other countries in a final global battle.  All bands will be judged during battle rounds by respected local music industry representatives.